Look, up in the sky! Its a bird! Its a plane! No, its Superman!! At my house I have my own little Superman, I have a Super Bubba!! He is able to leap couches in a single bound!! It seems as though he believes that putting on a Superman costume really does make him a super hero! 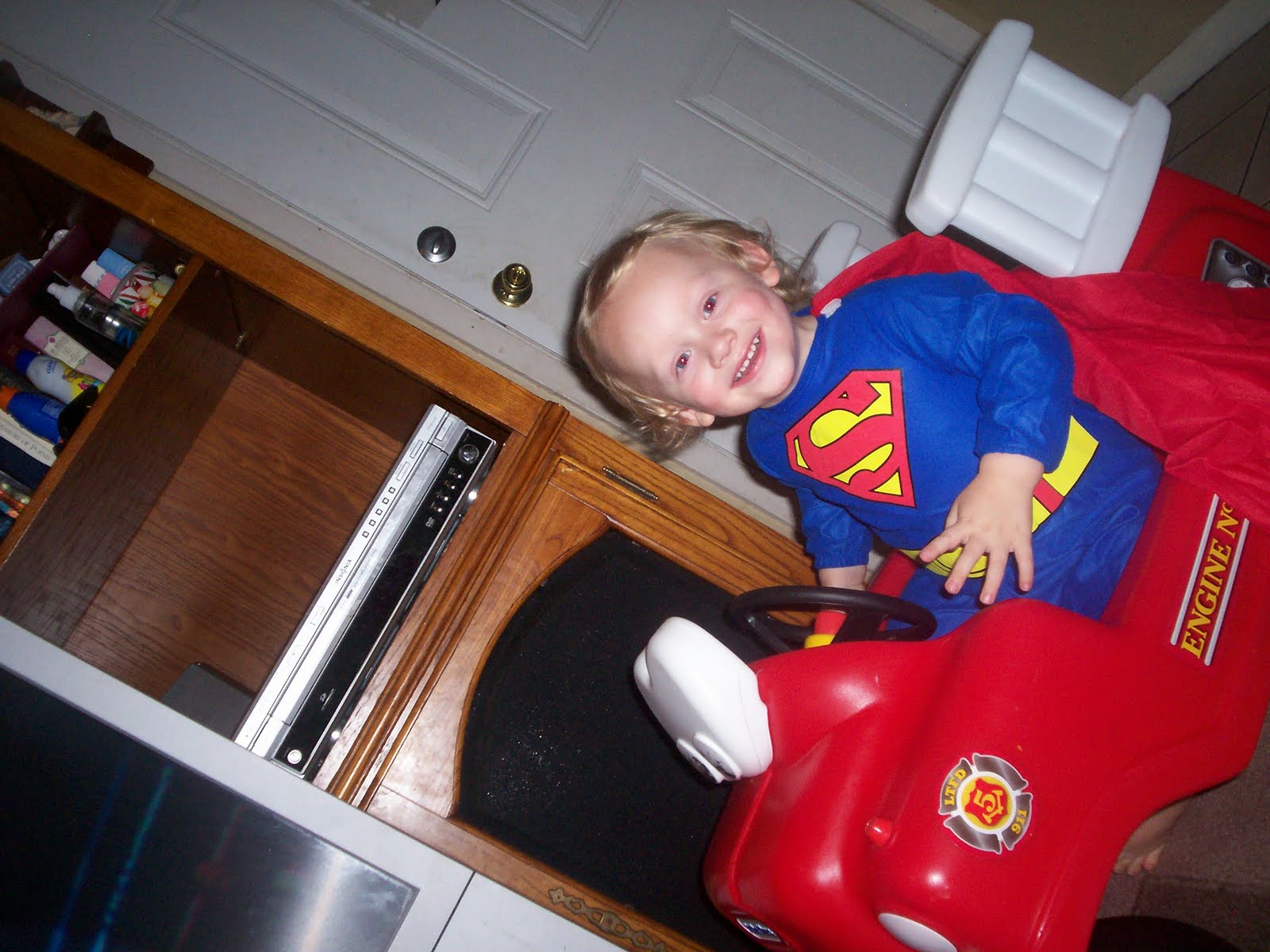 With Halloween coming up, have you even thought about what costumes your kids will be wearing or where you are going to get them from?? Now, its easy to get my son a costume, but my daughter is a whole other story. She will change her mind at least 100 times before Halloween on what she wants to be. And once we get closer to Halloween, finding a costume at a decent price, will be a challenge all in its own. No worries here though. I know that once she has made her mind up on which costume she wants, I can head over to Costume Discounters and order her costume there for a very decent price! Not only are the prices on kids costumes great but the selection they have on kids costumes and on infant and toddler costumes are great as well! And when it comes to costumes in our home, our kids have great imaginations and love to wear costumes all year round. So Costume Discounters is a great place for parents like us whose kids love to play dress up! The favorites, when it comes to dress up at our home, are the Super Heroes, Princess Costumes, Cowboys and Indians, and many more. You can also find great deals on Adult Costumes as well, a great place to get costumes for the entire family at amazing prices!! Now I have a deal to make with you guys, head over to Costume Discounters and look through their selection of costumes then, on any one of my giveaways, tell me which costume you like best! That will earn you ONE extra entry in any ONE of my giveaways that I have going from now through October 31, 2010!!!