We were up at the hospital all morning. They ended up switching the procedure and instead of a sedated MRI we went and had a sedated CT Scan with contrast. The reason, they explained, was because with the MRI they would have to make him stop breathing for 3 minutes and with the CT Scan they would only need to make him stop breathing for 30 seconds. They needed the lungs to be still for the scan. They didnt tell me about having him stop breathing before we went in. Then they explained how there was a possibility that he might not start breathing again once they finished the scan and that they would have to force oxygen into him to get him breathing again. That just shot my anxiety level way up. I knew that there were risks with the sedation but I didnt know that they were going to make his breathing stop. While waiting in the hall during the scan, I was listening to the heart monitor and trying to hear everything they were saying. I think if my husband hadnt been there to keep me calm and focused, I might have lost it. There was one point when I heard them asking for the oxygen and to get the crash cart and be ready. At that point I wanted to run back through those doors, but I knew that was not a good idea. When the nurse came out to get us so we could help get him up, I was so relieved. Then, going in the CT room and seeing him still under sedation wasnt too easy. The nurse picked him up several times trying to wake him and his entire body was limp. I know it wasnt too long but I started to worry because the Dr kept telling them that they had to wake him up, he needed to see his eyes open. When he did finally wake up it was such a relief. I wanted them to hurry up and take out the IV’s so I could hold him. I am so glad the scan is done and I dont want to do that again. They did find what they were looking for and we will be back up at the hospital on Monday for his surgery. The mass they found is about 2 inches long and if it turns out that the mass is in the inside of his lung, there is a chance that they will have to remove his left lower lobe. God, please send angels to watch over him and give me the strength to keep it together. I know that my baby boy’s fate lies in your hands. I know that once the surgery is done and he has recovered, we can put this chapter of our lives behind us and he can be a normal little boy and be with and play with other kids. 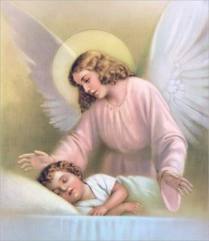