We love the Disney Channel and my lil Robert loves Mickey! We watch Playhouse Disney most mornings. I love the shows that teach your children and also get them up and moving. Well, when we told Robert that we were going to see Mickey Mouse, he was ecstatic. All morning that was all he could talk about, he was ready to go and see Mickey Mouse. When given tickets, courtesy of Feld Entertainment, to review the Disney Live Rockin’ Road Show, I was also given a gift pack and 4 extra tickets to giveaway here in Amarillo. The giveaway was held at a local retailer called Once Upon A Child. The winner was a teacher named Rose, and she too had a very eager toddler who also was a fan of Mickey Mouse. When we arrived at the venue where the show was going to be held, I noticed the huge crowd of kiddos and their parents. This excited my lil Robert even more. We went through the lobby and just like every other kid in there, we had to check out the souvenirs and the cotton candy. The only thing that I would like to suggest for the souvenir aspect is, they need to have Mickey Mouse ears. They had Minnie Mouse ears but no Mickey Mouse ears which was kinda disappointing because I was looking forward to at least getting Robert some ears for the show. Oh well. Once at our seats I think Roberts anxiety doubled, either that or maybe it was the cotton candy he was devouring. Any ways, he was so excited that he was about to see Mickey Mouse on stage. What a fun show! The entire venue seemed to be pretty much packed and there were kids of all ages there having a ball. When Mickey came on I had to hold Robert back because he tried to make a sprint for the stage to go and be with Mickey Mouse! He even got angry at me because I would not let him go to the stage. Regardless, he had a blast. He loved getting up and moving and dancing and seeing some of his favorite Disney characters make some appearances during the show. By the time intermission came, Robert was pretty wore out. He sat in his chair and finished off his cotton candy and juice. Not so sure if that was a good move on my part. I wanted him to have fun and enjoy himself, so I really didnt think too much about the cotton candy and letting him have it to himself. Well, once the second half started, he told me he wanted to go home. I told him we would once the show ended. He then said he had to go potty. So I gathered our things and went to the bathroom. He went potty, but right before we left the stall he looked at me then ran back to the toilet and threw up. I felt horrible, and it smelled like cotton candy. I think it was a mix of cotton candy, excitement and juice that did it, but because he got sick we ended up leaving the show early. I wish we could have stayed, but I dont think he would have enjoyed the second half, feeling sick and tired. Just as I pulled out of the parking lot, I looked back and he was out like a light. We got home and put him in his bed and when he got up, he was excited to tell his dad all about Mickey Mouse and the other characters that were there, then to call his grandparents and tell them as well! Even though we left early, I know that he enjoyed himself, maybe a little too much, but he still had fun and I thought the show was awesome!! 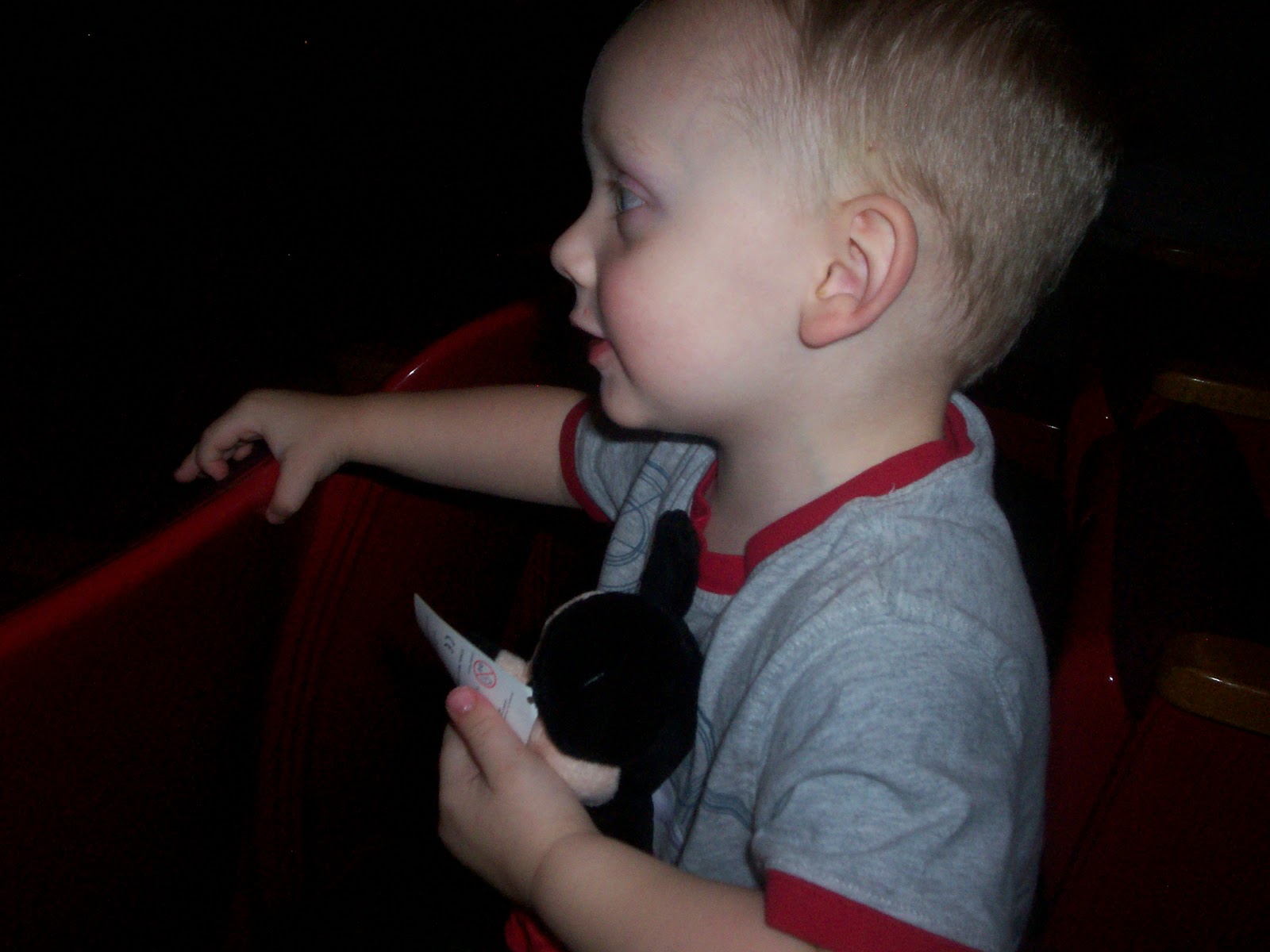 The Disney Live Rockin’ Road Show still has numerous places to go, so if you want to find out when they are coming to your town or a town near you go to http://www.disney.go.com/disneylive/rockinroadshow/#/tickets/ This is definitely the show to go to if you have little ones, it will be an event and experience that will make memories that will last!!