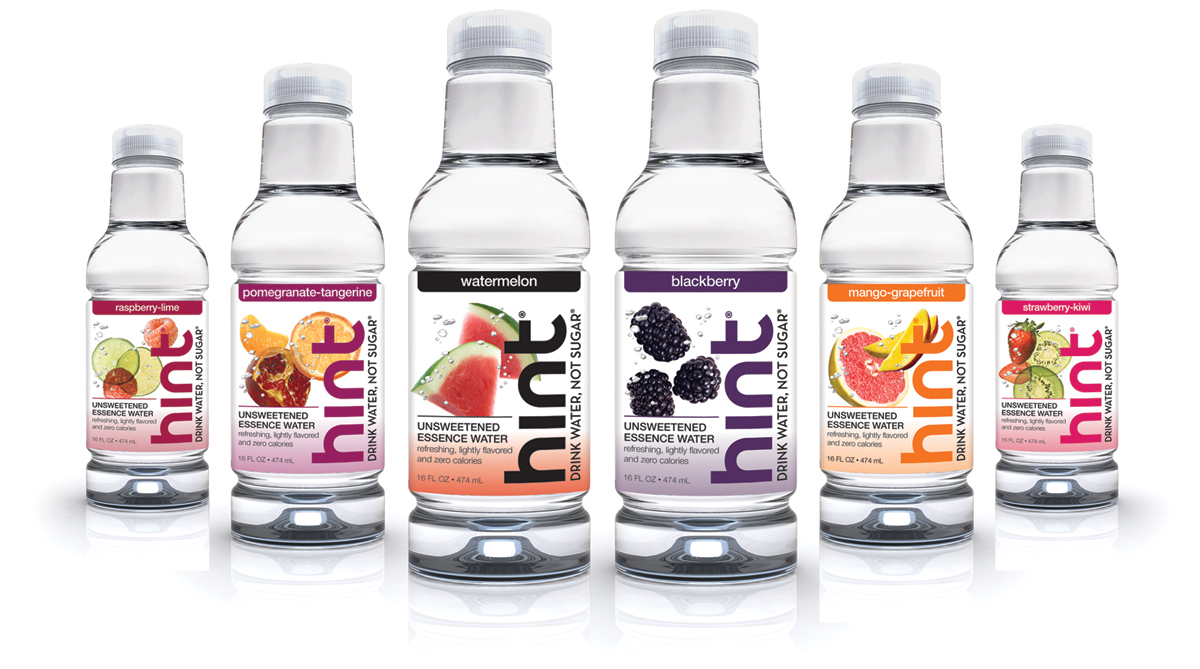 I received some samples of HINT water. The water is great. It tastes like water with just a hint of flavor! My daughter loves it as well, which is a plus in my book!!!

The idea behind Hint is simple: pure water, nature’s original refreshment, accented with a hint of natural flavor. No sugar, no artificial sweeteners: Hint is a refreshing alternative to sodas, juice and other sweetened drinks and it tastes great.

Sound good? It tastes even better.

HINT is releasing limited-time Yogi Bear and Boo Boo bottles in its Strawberry-Kiwi flavor for the release of the Warner Brother’s 3D Yogi Bear movie due out this Christmas.  The film, which stars Justin Timberlake, Dan Aykroyd and Anna Faris, is an adaptation of Hanna-Barbera’s cartoon and will follow Yogi and Boo Boo as they try to save Jellystone Park from being closed down forever. 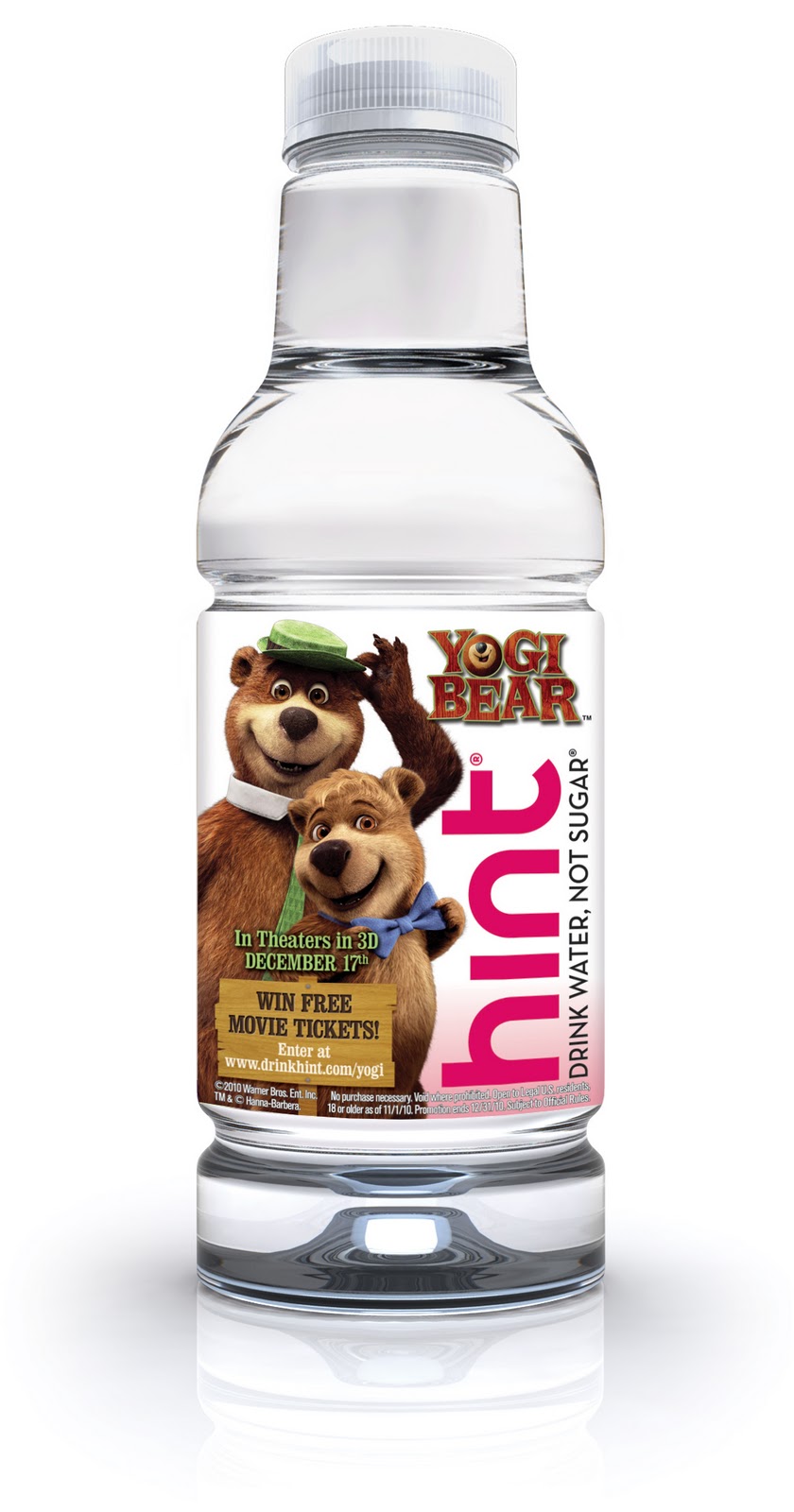 Smarter (and more health-conscience) than the average bears, Yogi and BooBoo will be drinking HINT, the beverage that contains zero calories, carbs and artificial sweeteners unlike other flavored waters, sodas or energy drinks. HINT is distributed to fine grocery stores and retailers nationwide. 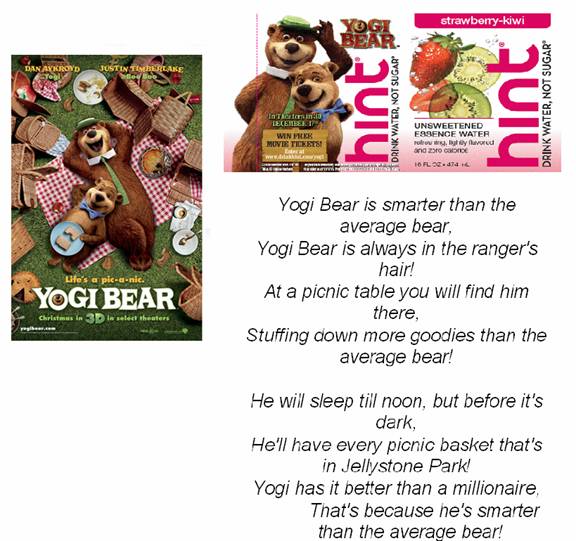