Toys”R”Us, Inc. and Autism Speaks are united in their commitment to provide a voice for children and families affected by autism. The two organizations have joined forces to educate families and community members about the disorder and raise money to help solve the autism puzzle. 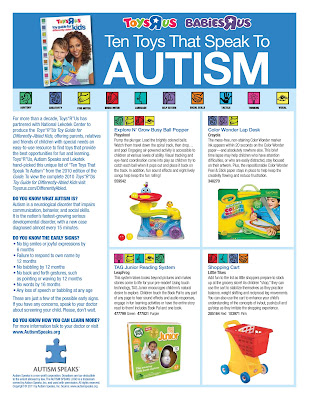 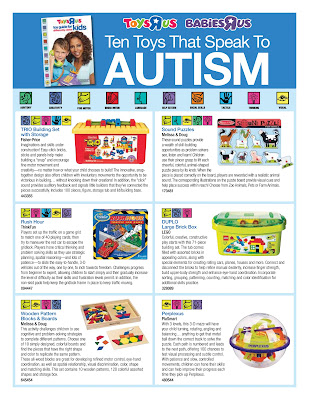 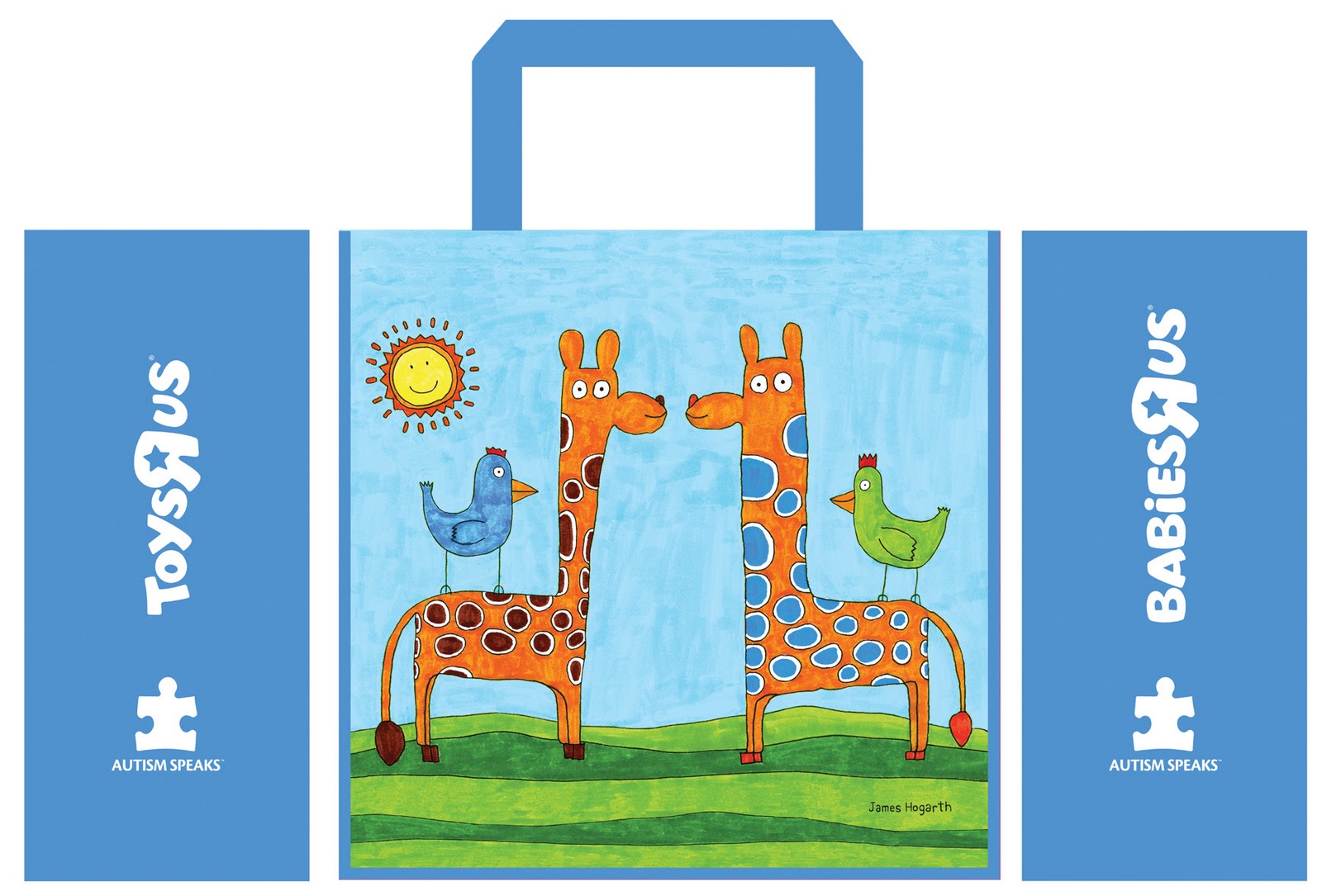 “With millions of families in the U.S. impacted by this disorder, we wanted to shine a spotlight on the everyday heroes of autism, including children who learn to overcome obstacles and reach new milestones, to those who know a child with the disorder and are committed to helping solve the autism puzzle,” said Jerry Storch, Chairman and CEO, Toys“R”Us, Inc. “At Toys“R”Us, we love kids, and we are proud to have partnered with Autism Speaks for five consecutive years in their mission to fund global biomedical research on autism and advocate for the needs of individuals with this disorder and their families.”

Consumers Can “Be A Hero For Autism” In-store

Additionally, customers who donate $10 or more to Autism Speaks at any Toys“R”Us or Babies“R”Us store will receive a reusable, giraffe-themed shopping bag designed by James Hogarth, a talented artist with autism, while supplies last.

“Over the past five years, the “R”Us family and its customers have truly embraced the autism community through their generous support of Autism Speaks, and Toys“R”Us has quickly become our organization’s largest corporate partner,” said Mark Roithmayr, President of Autism Speaks. “Children with autism are heroes to us all, and the heroic efforts of Toys“R”Us and its customers have helped get us many steps closer to solving the autism puzzle.”

In conjunction with the in-store fundraising campaign, the company has also redesigned its dedicated microsite,Toysrus.com/AutismSpeaks, to feature images of children dressed as super-heroes. Throughout the site, customers will be introduced to even more heroes in a special “scrapbook.” This digital album of children with autism highlights their heroic efforts – everyday tasks they have mastered, which are made difficult by the disorder. Featured children include: Hunter, age 9, who learned how to complete a jigsaw puzzle in order to join his family’s favorite pastime;Justin, age 10, who practices his culinary skills as he bakes muffins; Madison, age 6, who learned to write her name, among others.

The site also features a video of Jodi, age 9, a young girl on the autism spectrum, performing a song she wrote about those she considers everyday heroes. Jodi dedicated the song to those who help children like her to learn, such as teachers and siblings. Other children diagnosed with autism are featured in the video performing tasks they’ve mastered, including baking, riding a bicycle, reading, writing, playing basketball and more.

Toysrus.com/AutismSpeaks serves as a year-round resource to parents, caregivers, families and friends of children with autism. Visitors can find a list of “Ten Toys That Speak To Autism,” which provides toy suggestions to help guide anyone purchasing toys for a child with autism, as well as Safe Play Tips designed to help ensure the well-being of children on the spectrum, while encouraging the benefits of play.

Toys“R”Us is also kicking off its national sponsorship of Walk Now for Autism Speaks, a year-long series of more than 80 walk events taking place throughout North America. Regional teams of Toys“R”Us employees will walk alongside the company’s iconic mascot Geoffrey the Giraffe and individuals with autism, their families and friends to raise money and awareness. All funds raised in Toys“R”Us and Babies“R”Us stores, online and through the Walk Now for Autism Speaks events will go directly to Autism Speaks to support research and advocacy efforts.

Since the partnership began in 2007, Toys“R”Us, Inc., the Toys“R”Us Children’s Fund and customer contributions have combined to provide Autism Speaks with more than $8.4 million.  Last year’s in-store and online fundraising campaign raised nearly $1.8 million for Autism Speaks in the U.S. Additionally, Toys“R”Us, Canada will once again lend its support to the cause by collecting donations in its nearly 70 stores and online at Toysrus.ca. Last year, Toys“R”Us Canada raised an additional $600,000 to support Autism Speaks.

The Toys“R”Us Children’s Fund also supports Autism Speaks and provided a $400,000 grant to kick off the organization’s 2011 campaign.

Autism is a complex neurobiological disorder that inhibits a person’s ability to communicate and develop social relationships, and is often accompanied by behavioral challenges. Autism spectrum disorders are diagnosed in one in 110 children in the United States, affecting four times as many boys as girls. The prevalence of autism increased 57 percent from 2002 to 2006. The Centers for Disease Control and Prevention have called autism a national public health crisis whose cause and cure remain unknown.