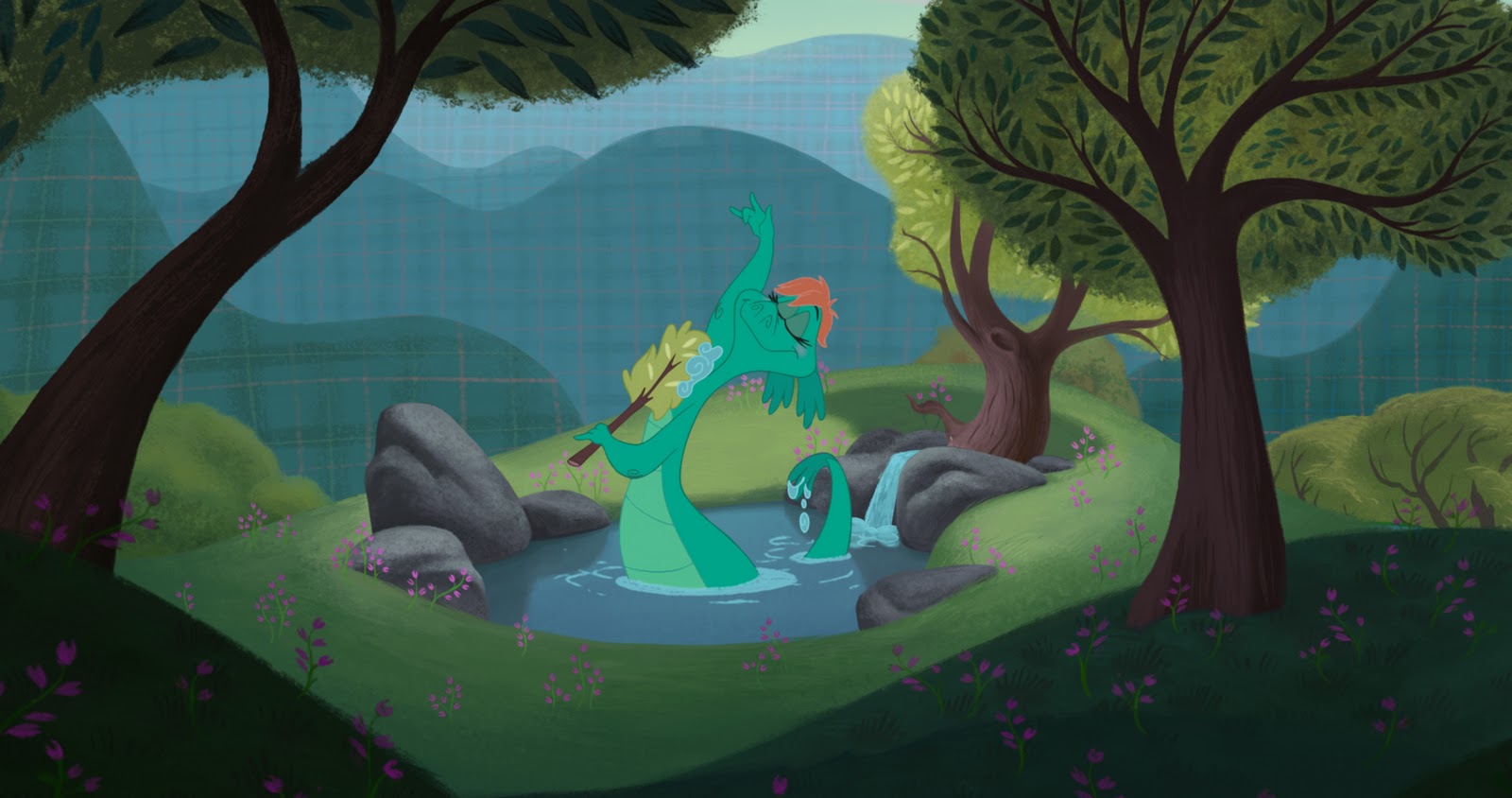 Here are three newly released images from Walt Disney Animation Studios’ “THE BALLAD OF NESSIE,” an animated short appearing exclusively with the upcoming WINNIE THE POOH theatrical release, which opens in theaters in select international markets in Spring 2011; the U.S. release date is July 15, 2011. 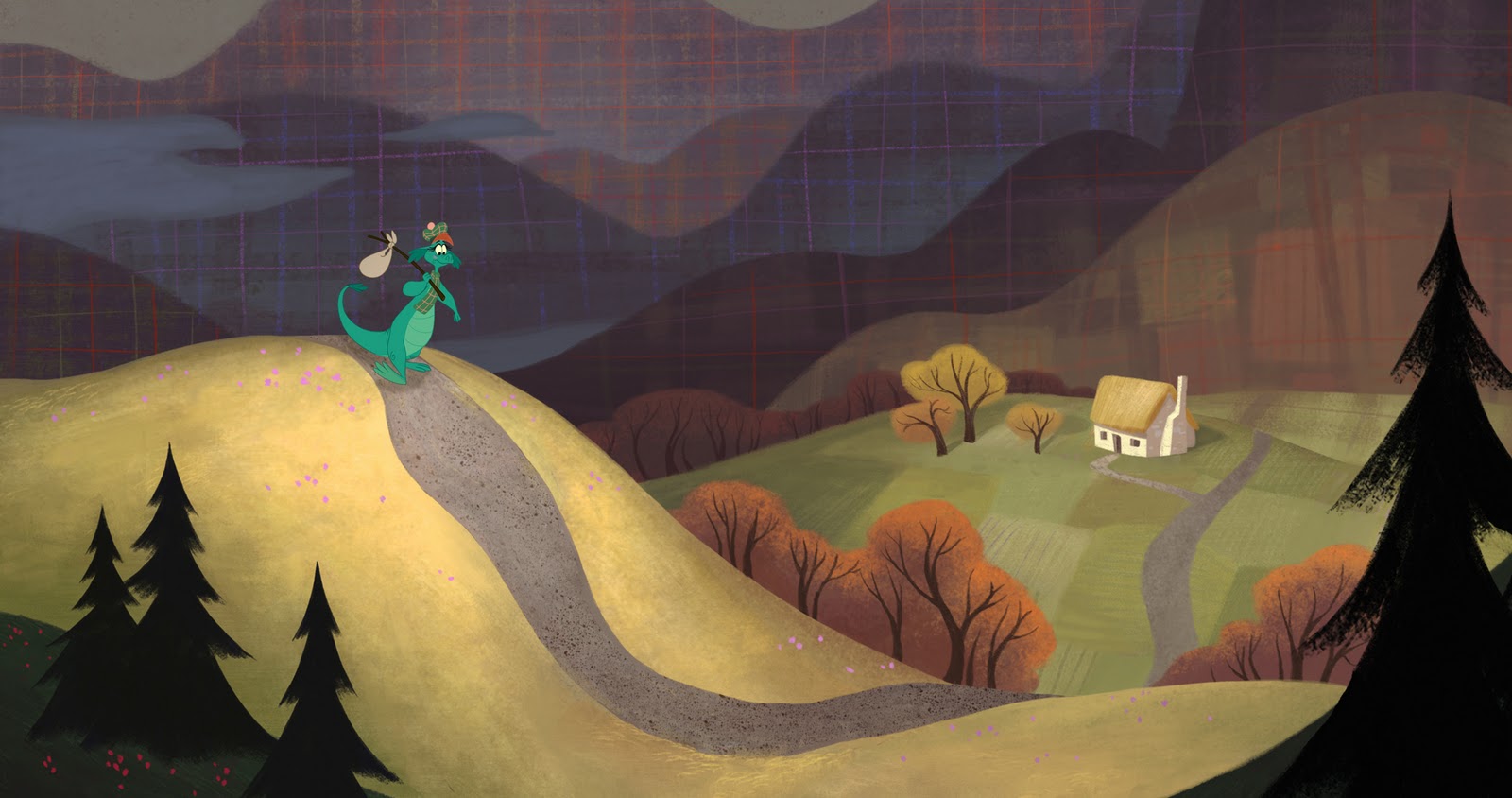 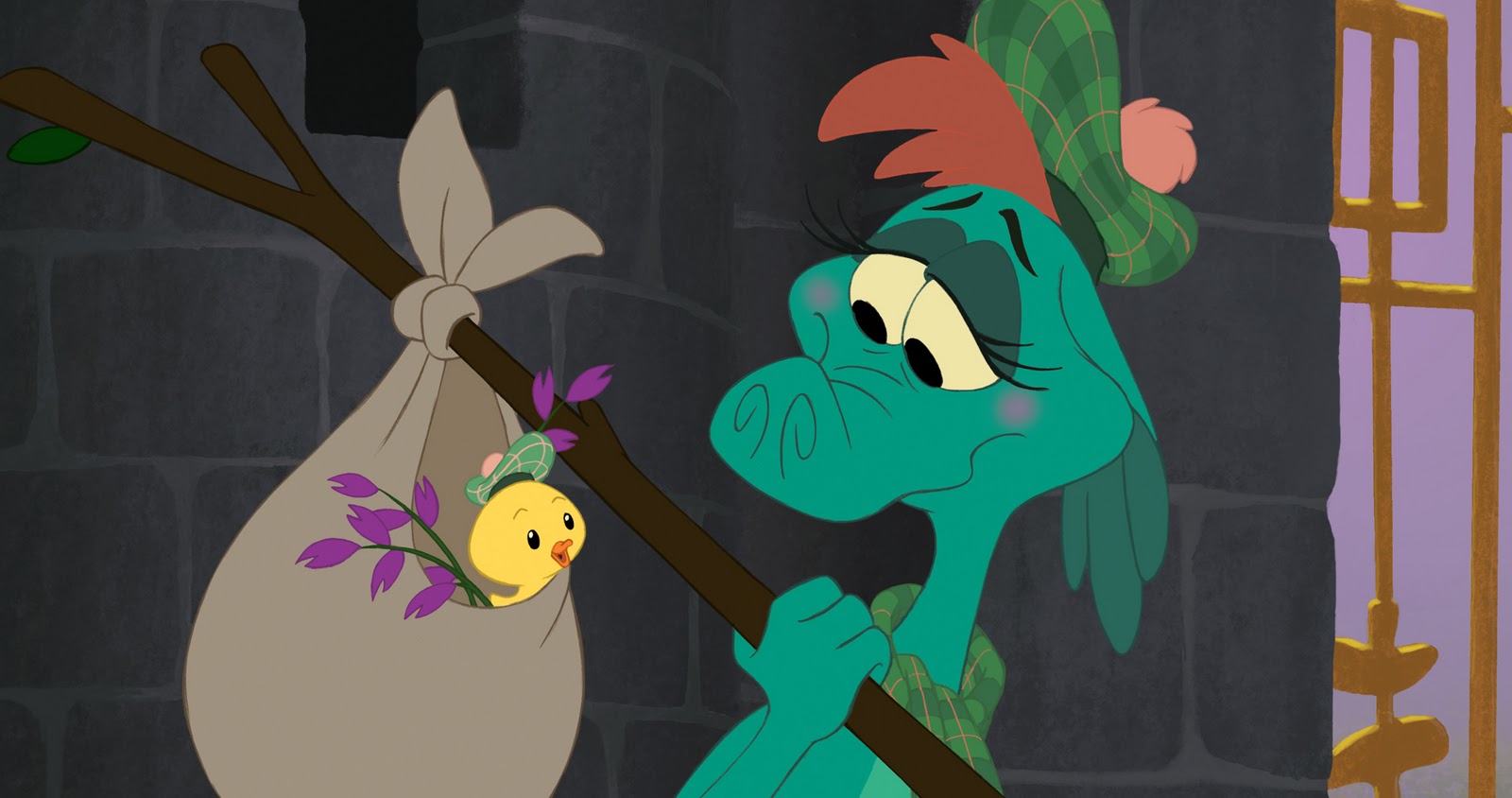 Set in the “bonny blue highlands” of Scotland, “The Ballad of Nessie” is a whimsical and colorful tall tale about the friendly Loch Ness monster, Nessie, and how she and her best friend MacQuack the rubber duck came to live in the moor they now call home. Setting the adventure into motion is a greedy land developer named MacFroogle, who decides to build a mini-golf empire on top of Nessie’s home.

Directed by the Emmy® Award-winning team of Stevie Wermers-Skelton and Kevin Deters (“Prep & Landing,” and the 2007 Goofy short “How to Hook Up Your Home Theater”), “The Ballad of Nessie” is animated in classic Disney hand-drawn style.  Written by Wermers-Skelton, Deters and Regina Conroy, the film is produced by Dorothy McKim and Tamara Boutcher, and features a musical score by Oscar®-winning composer Michael Giacchino (“Ratatouille,” “Up”).  Animation on “Nessie” was supervised by five of Disney’s top talents: Andreas Deja, Mark Henn, Randy Haycock, Dale Baer and Ruben A. Aquino.  Scottish comedian Billy Connolly narrates the film.

“The Ballad of Nessie” hits the big screen with Walt Disney Animation Studio’s latest feature film “Winnie the Pooh,” which opens in theaters in select international markets in Spring 2011; the U.S. release date is July 15, 2011.