My daughter loves her Squinkies and she has quite a collection built up of the squishy, squashy fun Squinkies! She has the little play sets to store her collection in. And when she first caught wind of the new Squinkies for DS game, she had her eye on not only the awesome game but those ultra rare Squinkies that come with the game. To her it was a double score. Not only would it be a new game for her to play with on her DS but she would also be getting some new Squinkies to add to her collection. When we were given the game to review, the first thing she had to do was mark off the Squinkies that came with the game off of her list! Then it was game time! She loves this game and all of her little friends seem to be just as excited to try it out as well. She loves that when you are playing, you earn coins then with those coins you put them in the gumball machine looking thing, that is just like one of the play sets she has, and she earns more Squinkies to play with in the game. She also likes how there are multiple things to do in the game so she wont get bored with it, lol!! 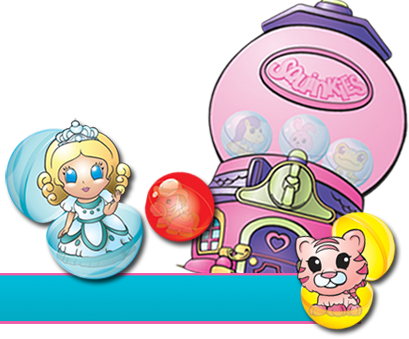 Activision and Blip Toys have announced that the first videogame, based on the International Toy Fair’s 2010 Girl Toy of the Year Award Winner, Squinkies™, is now available for the Nintendo DS™ family of handheld systems. Squinkies includes four ultra-rare, lovable Squinkies exclusively available only through purchase of the videogame.
Squinkies incorporates the adorable world of Squinkies and adds in an exciting adventure for players to experience. Players become the Squinkies Princess searching for all of her friends in The Land of the Squinkies. As the player completes various mini-games and solves dynamic puzzles, more Squinkies are found and added to the players’ growing collection. With more than 250 friends to collect, players are sure to find all of their favorite Squinkies friends throughout the entire adventure.
Two sets of four exclusive, ultra-rare Squinkies will come bundled with the initial release of the game giving fans the chance to add to their collection. Faithful fans are also rewarded with codes in specially marked Squinkies toys which will unlock new content within the game.  Fans can collect up to ten different codes for a Squinkies adventure that is out of this world! 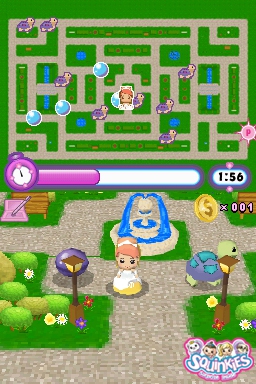 Squinkies for Nintendo DS™ is rated E for Everyone by the ESRB and is now available for $29.99. For more information please visit www.squinkiesvideogame.com.