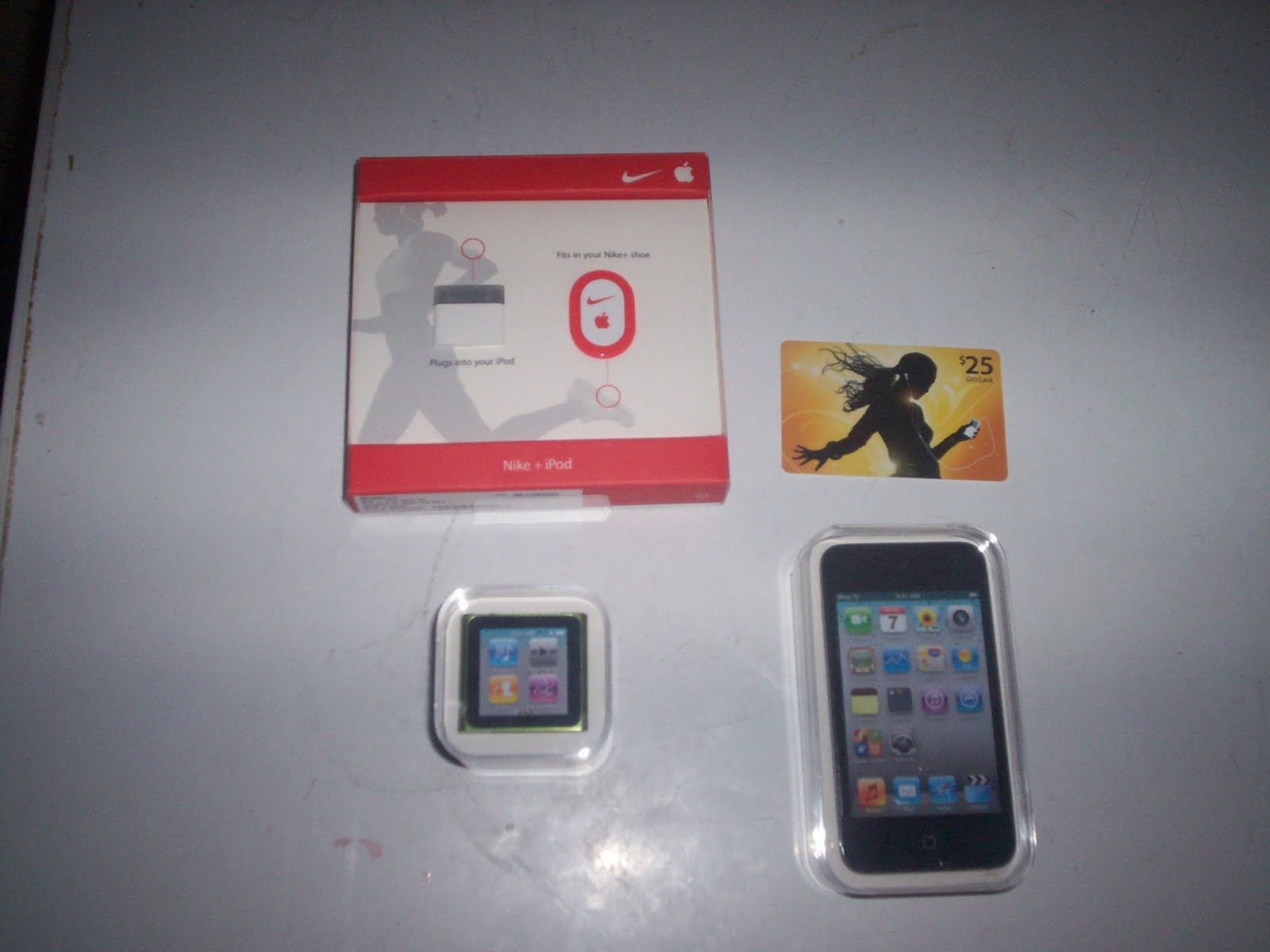 This Fathers Day, we look for the best gifts to give dad. There are all kinds of dads out there, but one thing I know is that men love toys! They love gadgets that they can show off to their buddies. So make dad proud this year, get him the ultimate iPod gift set! I received, courtesy of Apple for review, the ultimate Fathers Day iPod gift set! I received the  iPod touch, the iPod nano, the Nike + iPod Sport Kit and a Apple ITunes Gift Card, so hubby can upload all of his favorite songs to his new iPods!!! This set is just awesome. I have done a review on the iPod nano, and this little music player is just so awesome and with 16GB on one little unit, one can upload a whole lot of music! So now let me tell you about this iPod touch. First let me say, wow! This iPod just about does it all. Dad can chat with real face time, he can play games on the Game Center and play against his friends and family anywhere in the world. Dad can also take pictures or record HD videos of the kids! This iPod is the ultimate iPod and is a must have for dad this year!!! Oh and lets not forget the Nike + Sport Kit. Dad can put the little red chip in his Nike shoes, then the other part in his iPod, and he can listen to his steps and really hear the burn when working out! This set all together is amazing and dad will really appreciate it this year!!!

Thanks to a unique partnership between Nike and Apple, your iPod nano, iPod touch (2nd generation or later), iPhone 3GS, or iPhone 4 becomes your coach. Your personal trainer. Your favorite workout companion.

Insert the wireless sensor inside the custom, built-in pocket beneath the insole of your Nike+ shoe, then plug the receiver into the Dock connector on your iPod nano. The iPod touch (2nd generation or later), iPhone 3GS, and iPhone 4 include built-in support for the system — no receiver necessary.

Now start your workout. As your run or walk, the sensor sends information to your device, tracking your time, distance, pace, and calories burned. If you choose, real-time, spoken feedback can even alert you to milestones throughout your workout.

Back at your computer, sync your iPod nano to transfer your workout data to iTunes and nikeplus.com; on iPod touch, iPhone 3GS, and iPhone 4, you can sync your data wirelessly. At nikeplus.com, you can evaluate your performance history, set goals, and even challenge other runners to a virtual race.