If you’re anxious about what to get your dad for Father’s Day which is quickly approaching, fret no longer, as we have some of the best ideas for gifts all right here in one comprehensive list! 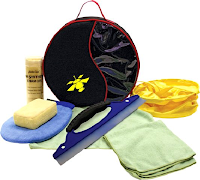 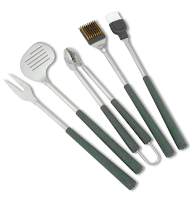 BBQ Tools – These can be used during fun summer gatherings with friends and family
Sports equipment – Whether your dad could spend all day out on the green, or loves the batting cages, some new athletic gear could be just the thing for active fathers 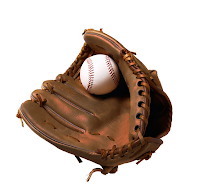 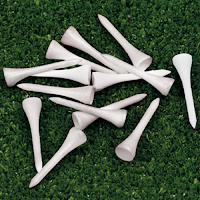 Sports apparel –  Every dad loves to root for “his” team, and with some new team specific garments, he can really get into the spirit of the game!  Tickets to a game in your area would go great with this gift as well

New wallet – Since most dads carry theirs in their back pocket, wallets endure a lot of wear and tear. Provide your dad with a new one so he can keep all of his belongings safe

Home Entertainment – Gather some of the best new DVDs together, such as American Dad, Street Kings 2, and of course, Big Momma’s House; Like Father Like Son, and combine them all together along with some popcorn to create a fun package for a family movie night on your couch

Just in time for Father’s Day, BIG MOMMA’S: LIKE FATHER, LIKE SON bounces on the Motherload Edition DVD and Blu-ray combo pack on June 14, 2011. The Motherload Edition Blu-ray combo pack is the ultimate gift, including Blu-ray, DVD and Digital Copy and featuring and all-new extended cut, gag reel and deleted scenes. BIG MOMMA’S: LIKE FATHER, LIKE SON is the third installment in the Big Momma franchise starring Martin Lawrence as Big Momma and FBI agent Malcolm Turner and Brandon T. Jackson as Big Momma’s stepson Trent and grand-niece Charmaine.

After stints as an undercover grandmother and an undercover nanny, FBI agent Malcolm Turner (Martin Lawrence) adds “undercover housemother” to his resume in BIG MOMMA’S: LIKE FATHER, LIKE SON. In this hefty new comedy, Big Momma is hired to go deep undercover as the Headmistress of the Atlanta Girls’ School for the Arts attended by aspiring music student and leading love interest Haley (Jessica Lucas). Proving “like father, like son,” Turner brings along his stepson Trent (Brandon T. Jackson) to double as Big Momma’s grand-niece Charmaine and go undercover as a student in the school with hilarious results. The duo tries in vain to derail attempts by the school’s security guard (Faizon Love) to get control of the debauchery.

For your chance of winning a DVD copy of BIG MOMMA’S: LIKE FATHER, LIKE SON to enjoy on Father’s Day, simply answer the following question:

What is the name of the school that Trent attends undercover?
a)   Atlanta Girls’ School for the Arts
b)   Atlantic School for Girls in the Arts
c)   School of the Arts for Atlantic Girls