On July 15th Harry Potter, Hermione Granger and Ron Weasley graced the big screen for the last time, but that doesn’t mean the fun ends there! Take the action of the movie home with Clue: Harry Potter and the Deathly Hallows Edition – a bewitching mystery that has players exploring the halls of Hogwarts, the Forbidden Forest, the Ministry of Magic and beyond. A Hogwarts student has gone missing and it’s your job to uncover the mystery – Where did the attack occur? Who did it? Which weapon or spell did they use? Players take on the identity of their favorite “Harry Potter” character and then race to decipher clues, uncover secrets and solve the mystery of the missing student! 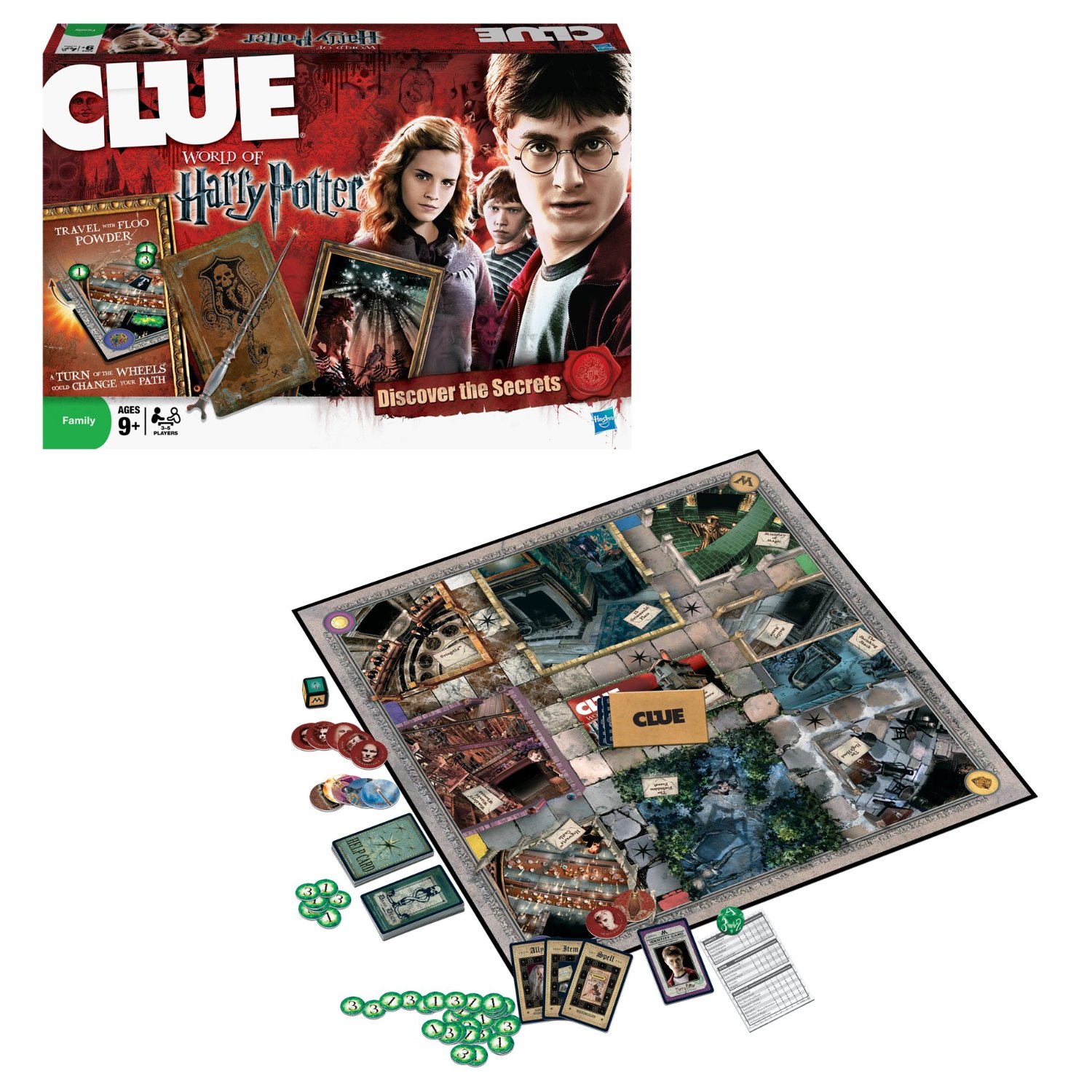 I love the original Clue game and I used to play it quite often as a kid, so when we were sent the Clue: Harry Potter And The Deathly Hallows Edition to review, I knew that this would be a fun game to bring in on our family game night. This is a great game and is great for those Harry Potter fans out there. We did read all of the books and we have seen all of the movies, and we are looking forward to seeing the Deathly Hallows as well. I love that this Clue game allows you to get into the game, just like the original Clue, and explore Hogwarts to find the missing student and solve the mystery!!!

I was provided the Clue: Harry Potter and the Deathly Hallows game for this review from Hasbro.