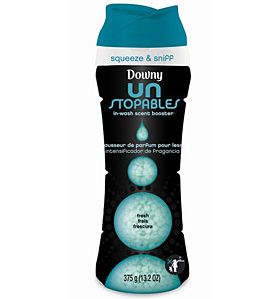 You love the softness of Downy. Now add the feisty freshness of new Downy UNSTOPABLES, an in wash scent booster that goes beyond everyday freshness to keep active wear, towels, and other fabrics smelling “wow” right up until the next wash. So every day, you can indulge in the freshness you crave.