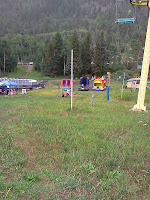 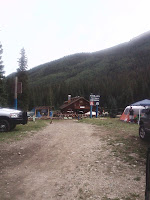 This past weekend was the Taos Mountain Music Festival. This year we went there with our kids. We decided that we wanted to enjoy the entire festival so we went camping so we could get to watch the night concerts that were exclusive to the campers. When we arrived to the camp we were surprised to see so many other families camping as well. The kids were ecstatic and had so much fun making friends and playing with the other kids at the camp. Once it got dark that first night we went down to the Bavarian Lodge to watch the outdoor concert that was for the campers. The night concert was awesome, the band that played was Shannon McNally and Hot Sauce. They also had a bonfire going and my daughter was really getting into the music. To our surprise, we came to find out that my husband’s cousin Will Sexton, was part of the band. So after they were done playing my husband enjoyed a nice visit with his cousin. I had taken the kids to the tent so they could go to bed and the music helped serenade my kids to sleep. The next day we went down to the festival. My kids went straight for the kids area to play. As the festival began we went closer to the stage to watch and enjoy the music. We had a blast and the kids were wore out by that afternoon. All of the music was amazing, the people that attended were awesome, and the food that was being served was delicious. I was amazed on the amount of people that showed up, but that just made the festival that much more fun. It seemed like all of the kids that were there were enjoying the kids area and the music as well. I loved how family friendly this festival was. Not only was the lineup of music and the festival amazing, but the Taos Ski Valley was just breath taking. We ended up having to leave early due to school starting the next day, but the experience was one that we all enjoyed and made for a perfect ending to our summer!! 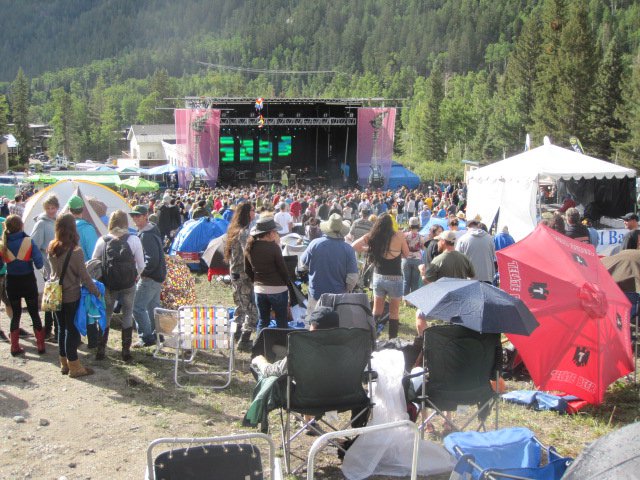 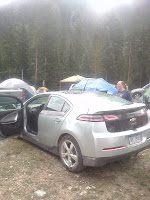 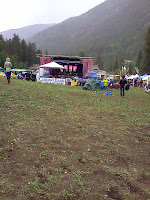