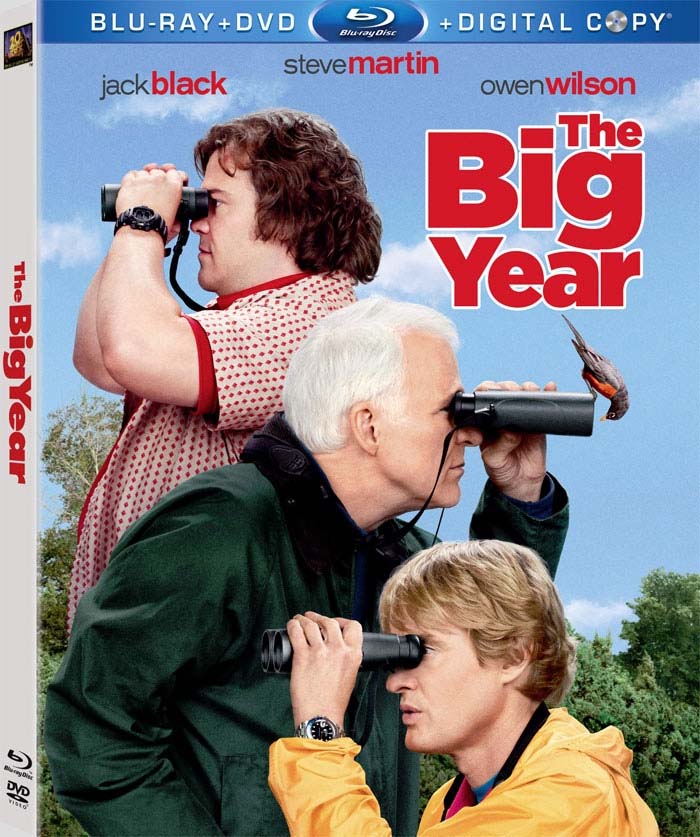 Like many out there, I honestly thought that Bird Watching was strictly for the birds. I never thought a whole lot about bird watching and there even being a sport of the whole thing involved. I love Steve Martin, Jack Black and Owen Wilson, and in this movie the three go head to head in a bird watching contest called the big year. The Big Year is about taking a year of your life and dedicating it to the sport of bird watching, trying to spot more birds than the others who might be doing a big year.

Let the fowl play begin!  Twentieth Century Fox Home Entertainment presents the story of a competitive trio who quickly turn a simple quest into the ultimate competition when THE BIG YEAR spreads its wings on Blu-ray and DVD January 31.

Steve Martin, Jack Black and Owen Wilson portray three men from very different walks of life, facing a mid-life crisis, a work-life crisis and a no-life crisis.  In the biggest competition of their lives, they undertake an unforgettable trek through North America, engaging in hilarious and bizarre adventures and forming friendships that will last a lifetime!