There is magic in make believe!

GREATEST FAIRYTALES OF ALL TIME…CINDERELLA 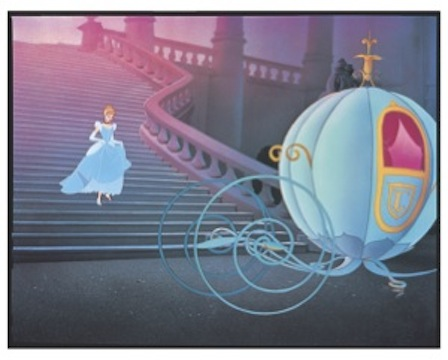 LONDON, UK, April 26, 2012 – The ultimate fairytale that has represented, for centuries, the definitive expression of timeless love, transformation, the fulfillment of a dream come true and, above all, the happily ever after, comes alive in 2012 as The Walt Disney Studios and famed red-sole designer Christian Louboutin, come together to celebrate the magic and inspiration behind of one of the greatest fairytales of all time, Disney’s “Cinderella.”

Louboutin, whose designs are the epitome of style, power, femininity and elegance, was invited by Disney to bring “Cinderella” to life with a fashion forward twist.  As part of this collaboration, Louboutin will design a “Cinderella” slipper putting his own magic touch on the world’s most famous pair of shoes.  This announcement precedes Louboutin’s 20th Anniversary retrospective exhibition at the London Design Museum and the and the global release of Disney’s animated classic masterpiece “Cinderella” Diamond Edition on Blu-rayÔ coming to market this Fall.

“Isn’t it everyone’s dream, to once in your life part of a fairy tale? Walt Disney Studios gave me a wonderful opportunity to live this magical moment. I have been so lucky to have crossed paths with Cinderella, an icon who is so emblematic to the shoe world as well as the dream world.”

The designer’s mesmerizing creations are full of whimsy and glamour and his limitless imagination has helped him turn his dreams to reality and help women all over the world over feel like princesses.

“I think we have made the fairy tale fashionable again. We can translate the ancient fairy tale into its modern equivalent without losing the lovely patina and the savor of its once-upon-a-time quality.”

Specific details on the collaboration will be formally shared in early July. To stay informed on “Cinderella” and this collaboration, please continue to visit us at www.Facebook.com/Cinderella.