I have a passion for tamales, and not just any tamales, I love love love fresh tamales. I love when they are fresh and moist. I know from past experience, getting frozen tamales, they come out dry. Well recently I was sent some amazing tamales that were frozen, and when I cooked them, they tasted like they had been made fresh and put on the plate for me to eat!!! I was sent an amazing variety of tamales and sauces from the Texas Tamale Company. When we were ready for a tamale night, I put the variety of tamales we were sent in my steamer and let them heat up to serve. That night we had my friends kids over for dinner as well as my sister in law, so we decided to make it a tamale party night. When it was time to plate and taste these tamales, not one plate had a bite left and as the evening went on, we had more friends stop by and they also snacked on some of the tamales that were left over. By the end of the night when it was time to clean up, there was not one tamale left nor was there any sauce! To me that is a success, we had kids going back for seconds and cleaning their plates, I ate way more than I had intended, because they were that good!!!! After we got done cleaning up, my husband was telling me how impressed he was by these tamales as well. When I told him that they are homemade, lard and gluten free, he was very pleasantly surprised! I am so hooked, not only do they taste heavenly but the tamales from Texas Tamale Company are also a good meal to put out for your family and friends with out having to feel too guilty after stuffing yourself with them!!!!!!! 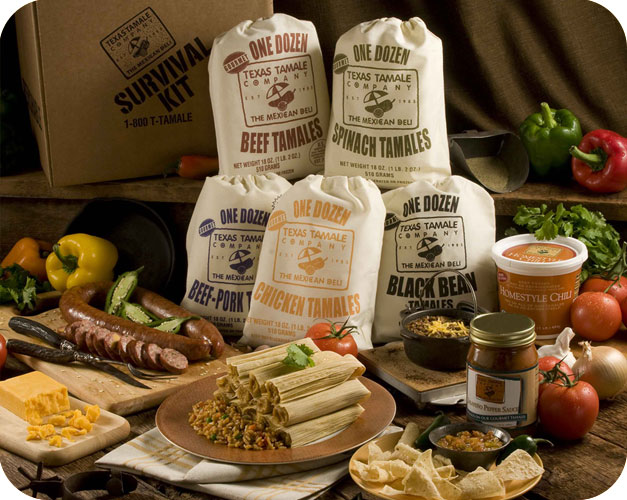 These are not just gluten and lard free homemade tamales, these are gourmet tamales that you can heat up and serve in your own home!! In the pack that we were sent to sample, we received the beef tamales, pork tamales, chicken tamales, spinach-cheese tamales, and the black bean tamales, along with the Chili con Queso, the Homestyle Beef Chili, a jar of the Cilantro Sauce de Juila, some of the Jalapeno Pepper Sauce and the Hacienda Rice!!! In all every one of the products we were sent were amazing, and nothing went to waste!!! This is the perfect assortment pack to get for parties so you can please everyone, from the meat eaters to the vegetarians! When you have a hankering for some homemade, amazingly satisfying and tasty tamales, then head on over to the Texas Tamale Company and order your assortment today!!!