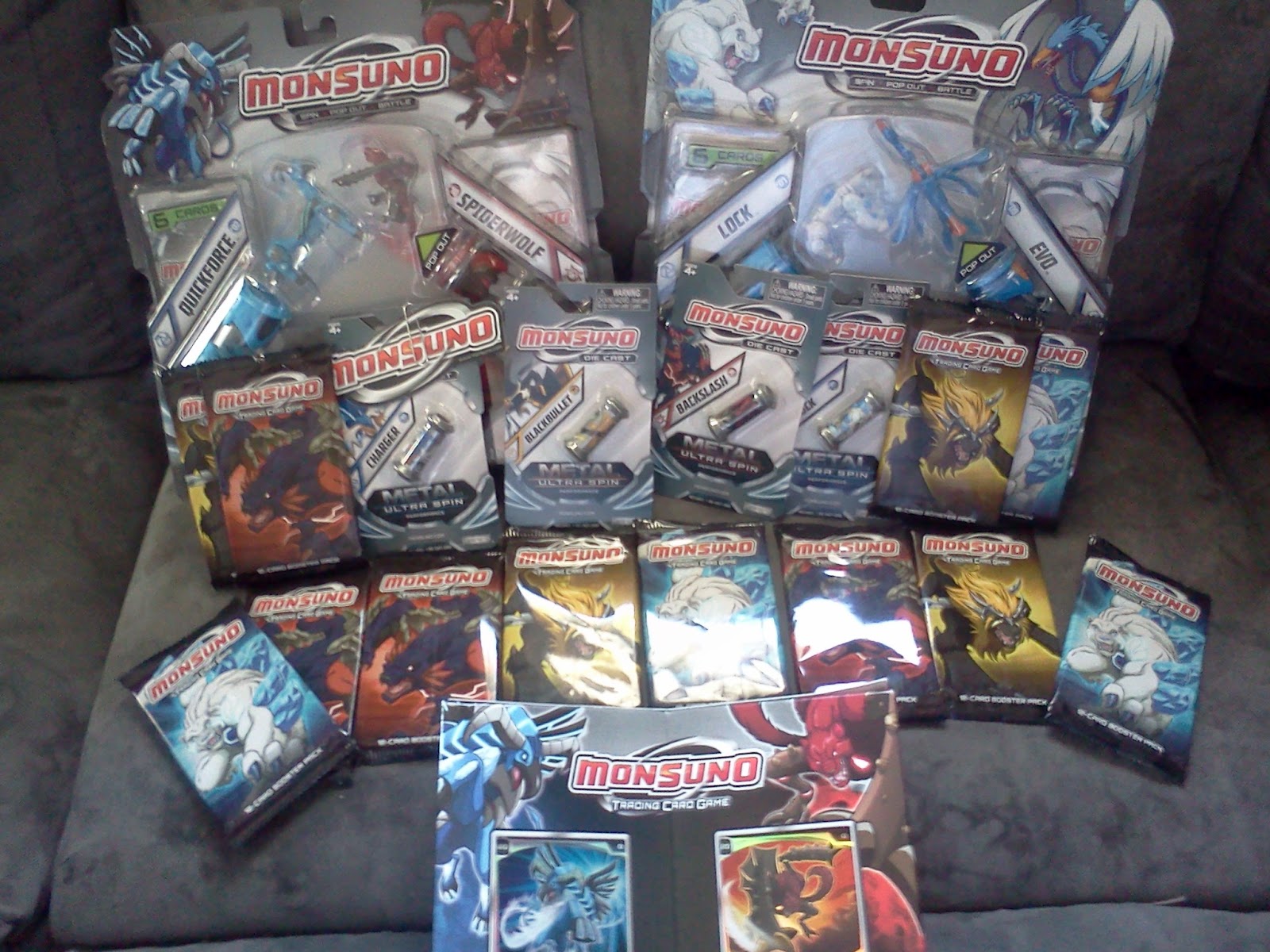 The new series, Monsuno, on Nickelodeon is a hit on Thursdays at 5:30 pm PST on Nicktoons in the homes of kids everywhere! To bring the new series to life the people from Jakks Pacific have created a whole line of amazing Monsuno toys and cards that are very collectible among Monsuno fans everywhere!! Recently I was sent a great party pack filled with Monsuno products that are perfect for throwing the ultimate Monsuno party. My daughter may be somewhat girly, but there are quite of bit of boy products that she is into and enjoys playing with, with her brother and her boy friends! For our Monsuno Party, my daughter invited a couple of her boy friends over to watch a Monsuno episode with her then interact and play with the new Monsuno toys and cards we were sent! In this Monsuno Party Power Pack, we were sent 2 Core 2 Packs, 4 Single Packs of collectible metal die cast cores and stickers, then a whole slew of trading cards, which they all got a fair amount of! When the kids sat down to play the Monsuno game, the game encourages the kids to play socially, interact with one another and test their skills. They find so many new ways to play and build their Monsuno Skills! Your Monsuno fans can enjoy hours of Monsuno skill building fun by heading over to Toys R Us and KMart as well as many other retailers today! They can also go to Monsuno.com and check out all of the great toys, accessories and game play that is available from Jakks Pacific!!