I love birthdays!!! They are so much fun, not only to be a part of, but being able to plan and set up! As a parent you get to set up your kids birthdays each year, and every year your children grow and develop likes for different themes. Robert has had a love for dinosaurs since he was 2 and now that he is 4, the love is just a bigger one! He loves everything about them, in fact we have several dinosaur books and shows that he loves to watch and learn from! This year for his birthday he had his eyes on having a dinosaur birthday. So when I was given the chance to review a party theme from Birthday Express, I of course had to go with the awesome Dinosaurs Deluxe Party Pack for 8! This pack was exactly what Robert had wanted and when Robert saw his party theme up on the day of his fourth birthday, he was very pleased! On top of the Deluxe Party Pack I also went with some of the Dinosaurs Party Favor Boxes to make his party complete! I love the price on the Deluxe Party Packs, not only with the Dinosaurs theme but with all of the different themes you can choose from! You can complete your child’s party and make it everything that they wanted with out spending a whole lot of money, and with the party favors, you can also make the party one to remember for their friends as well!! So when you are in the market for some great party decorations and party packs that are ready to be set up, then check out the amazing selection of party products over at Birthday Express!! 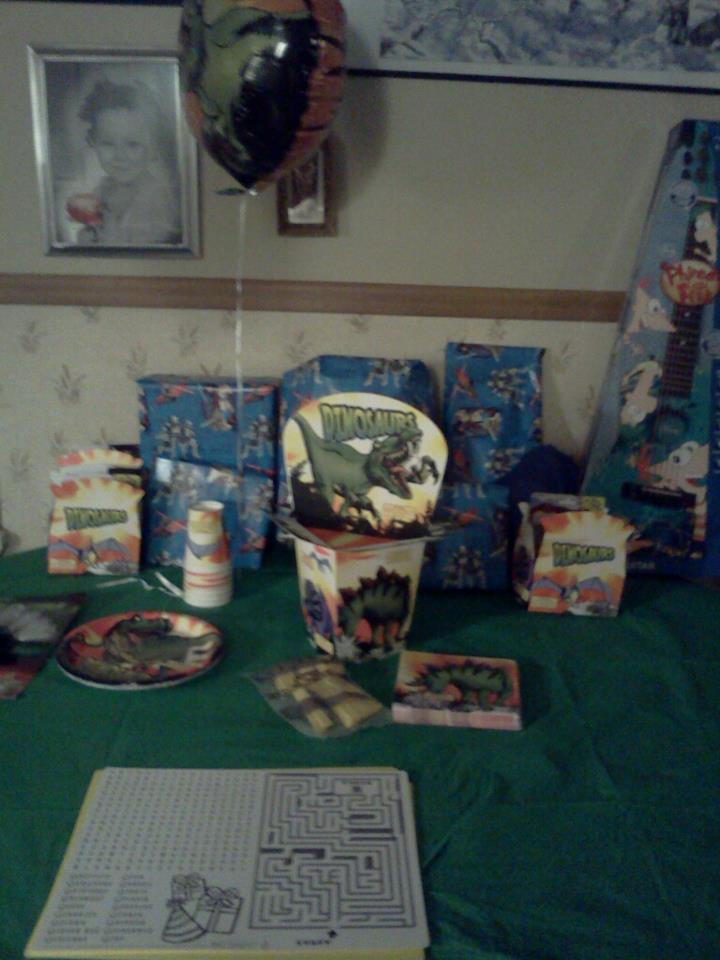