Kids seem to like the grossest stuff. The slimier the better. My son is the worst when it comes to gross and slimy, nasty stuff, so when we were sent the new Squishy Baff, you can guess that my son was ready to try this stuff out. I read the information packet I was sent and went over it several times before giving in on the official test, lol.

My fear was it clogging my drain, but after trying a small amount in a test bowl, my concern was put to rest once I saw for myself that this stuff turns back to water with the second pack of solution. So how does it work you ask? Well, first you fill up the bath tub with water, then you sprinkle the Squishy Baff Powder in the water. Then, you have a gooey mess of a bath that the kids just find to be the coolest thing in the world. I mean, this stuff is gooey and slimy, and plain gross. But as you can see, my son loves it, in fact he loves it so much we have gone out and given in to buying more for his and his sister’s baths. Once your kid is done playing in this squishy, slimy stuff, just sprinkle the Squishy Bafff Goo Dissolver around the squishy bath goo and it turns right back into water, which safely goes down the drain. I find this stuff to be gross, but like I said, the kids love it, so it is a hit, and I will have to say it does make the whole bath time so much more fun than just the plain ole bath water we usually go with! 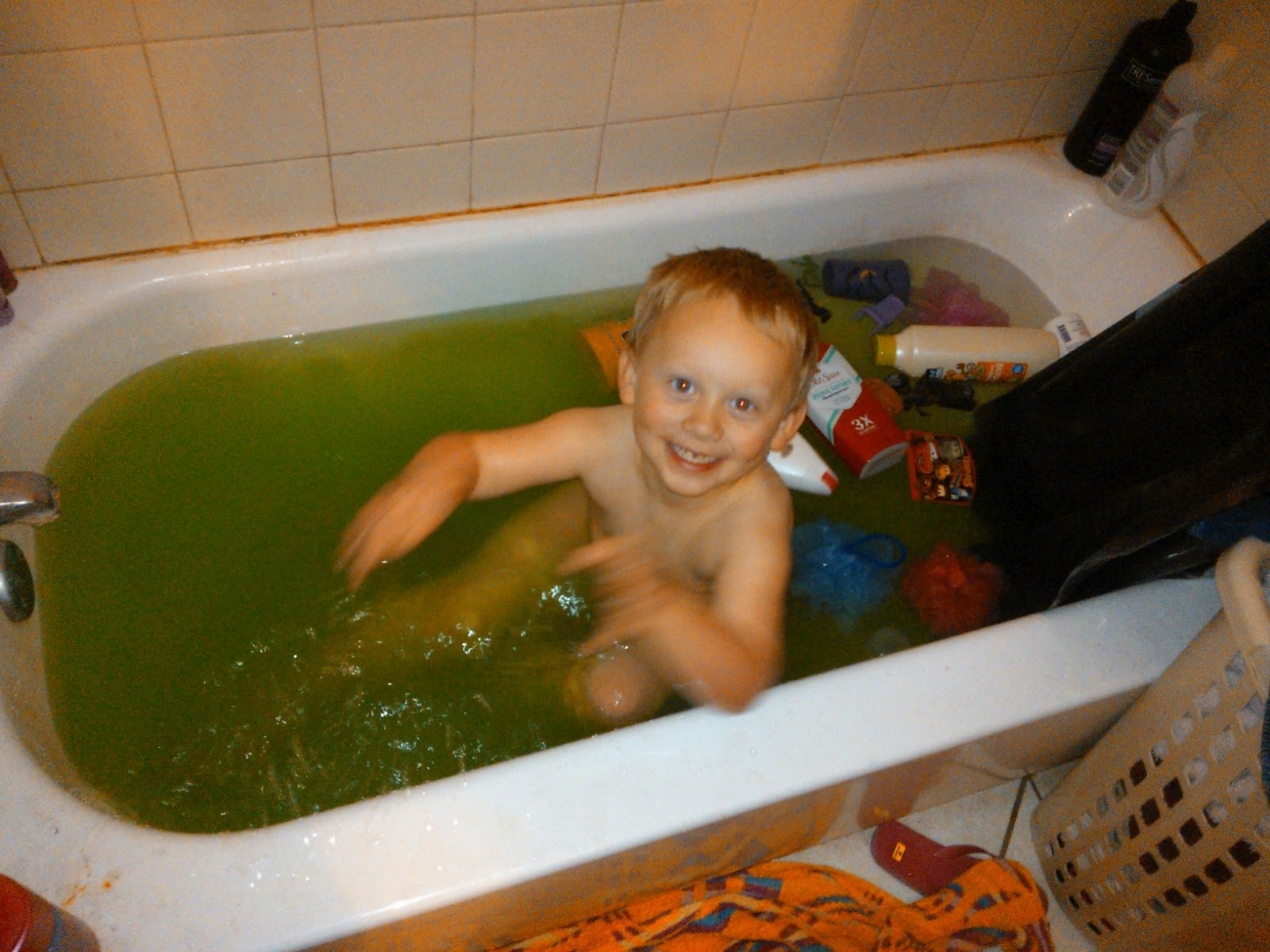