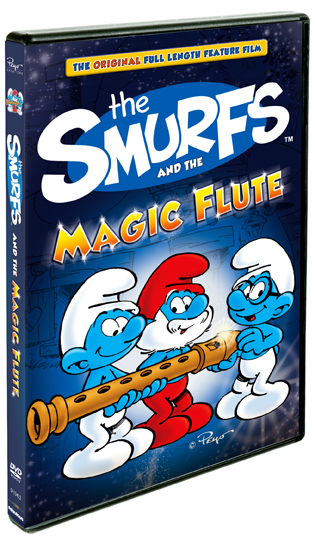 The Smurf’s is a kids show that I and many others out there grew up loving. I enjoy sharing the shows that I grew up watching with my own kids. Recently I was sent a copy of the Smurfs and the Magic Flute to review on DVD!

In The Smurfs and the Magic Flute, a magical flute is just what Court Jester Peewit needs to play delightful tunes that make everyone in the kingdom dance — until the dancing turns dangerous. Sir Johan tries in vain to recover the musical instrument, but a thief named McCreep beats him to it, intending to use the flute to steal gold from the King’s subjects. It’s the Smurfs to the rescue when Papa Smurf devises a plan to create a second magical flute, and Peewit and Sir Johan go on a great adventure to find McCreep, win the musical duel and save the kingdom! The Smurfs and the Magic Flute will be available to bring home on DVD on August 14!!!