Doc McStuffins has become a favorite morning show in our house that both of our kids enjoy watching on Disney Junior. Doc McStuffins is a little 6 year old girl who is great at fixing her friends, her toy friends that is. The toys come to life when they go into her office, which is her playhouse, to have her fix what may be ailing them. My kids love watching the Doc at work as she mends and fixes toys as well as listens to their concerns and helps them through what may be concerning them. I love the imagination that takes place in this show and my kids do as well. To celebrate the upcoming release of Doc McStuffins Friendship is the Best Medicine that will be available to take home on August 21, we were sent the new DVD along with a tea set and apron so that we could have a tea party while watching the DVD!! 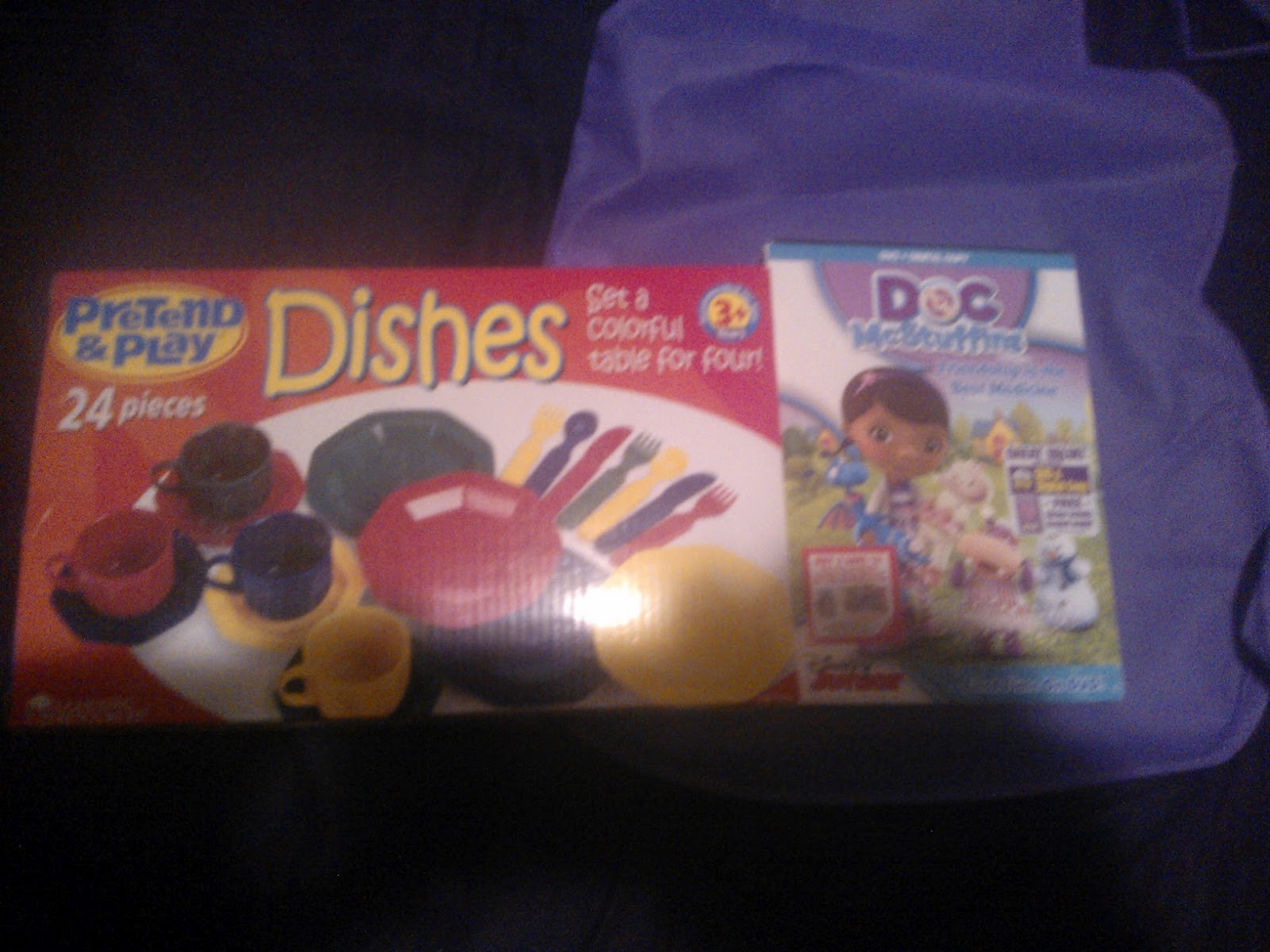 My kids loved the DVD and they enjoyed watching all of the great episodes that were on the DVD!! They also loved being able to enjoy having a tea party while watching the DVD!!! To add to our tea party and movie, we also received a $10 gift card. My kids decided to use the gift card to get treats to eat during their tea party and movie screening!!! In all the DVD and all of the episodes that were on it were a hit, and the tea party made the screening of this DVD that much more enjoyable!! EPISODES FEATURED ON THE DVD:

The DVD contains five full length episodes, each consisting of two 11-minute stories, that highlight some of Doc’s favorite toys.

·       ENGINE NINE, FEELIN’ FINE! – Doc and her toys learn a lesson about dehydration after discovering that Donny’s toy fire engine has run out of water.

·       THE RIGHT STUFF – Stuffy rips his tail and tries to hide it from Doc and the other toys and learns that anyone can get hurt – even brave dragons.

·       CAUGHT BLUE-HANDED – When a mysterious rash of blue spots breaks out among some of the toys in the clinic, Doc traces the “Mystery Pox” back to Donny’s toy monster, Glo-Bo who had been finger-painting earlier in the day and forgot to wash his hands.  Glo-Bo is voiced by Jim Belushi.

·       TO SQUEAK, OR NOT TO SQUEAK – Doc helps a plastic toy duck get his voice back after his squeaker pops out.

·       BEN/ANNA SPLIT! – When Doc’s huggy monkey doll Ben loses the velcro patch that attaches him to his sister Anna, Doc glues it back on and tells him that he will have to stay in the clinic overnight while it dries.

·       THAT’S JUST CLAW-FUL – Doc prescribes physical therapy for her crab bath toy Hermie after she reattaches one of his claws that has fallen off.

·       THE RIP HEARD ROUND THE WORLD – While dancing with Lambie, Doc accidentally rips a hole in her fur.

·       WALKIE-TALKIE TIME – Doc diagnoses a toy walkie-talkie with “Staticosis” and helps find his missing antenna so he can communicate clearly again.

·       DARK KNIGHT – During a sleepover with all of her toys, Doc discovers that Sir Kirby is afraid of the dark and prescribes a night light to cure him of the “Dark Willies.”

·       HALLIE GETS AN EARFUL – When Hallie is having trouble hearing, Doc gives her a hearing test and realizes that she has extra cotton stuck in her ears.