The time for that last minute shopping is now, and if you are looking for that perfect gift to get the Star Wars fan in your life, then you are going to want to check out the line of Star Wars and Angry Birds Star Wars toys from Hasbro! I have a huge Star Wars fan in my house! My Robert loves Star Wars and he loves collecting any and all things Star Wars we might come across, so you can imagine that when I was sent some great Star Wars and Angry Birds Star Wars toys to review from Hasbro, I knew that they would make for a great set of gifts to give my Robert this Christmas! With the Star Wars Fighter Pods that we were sent, I know that Robert will love battling his good guys against bad guys with the pods and the micro Star Wars characters! And with the set that I was sent, Robert will get to battle all of his favorite Star Wars characters!! 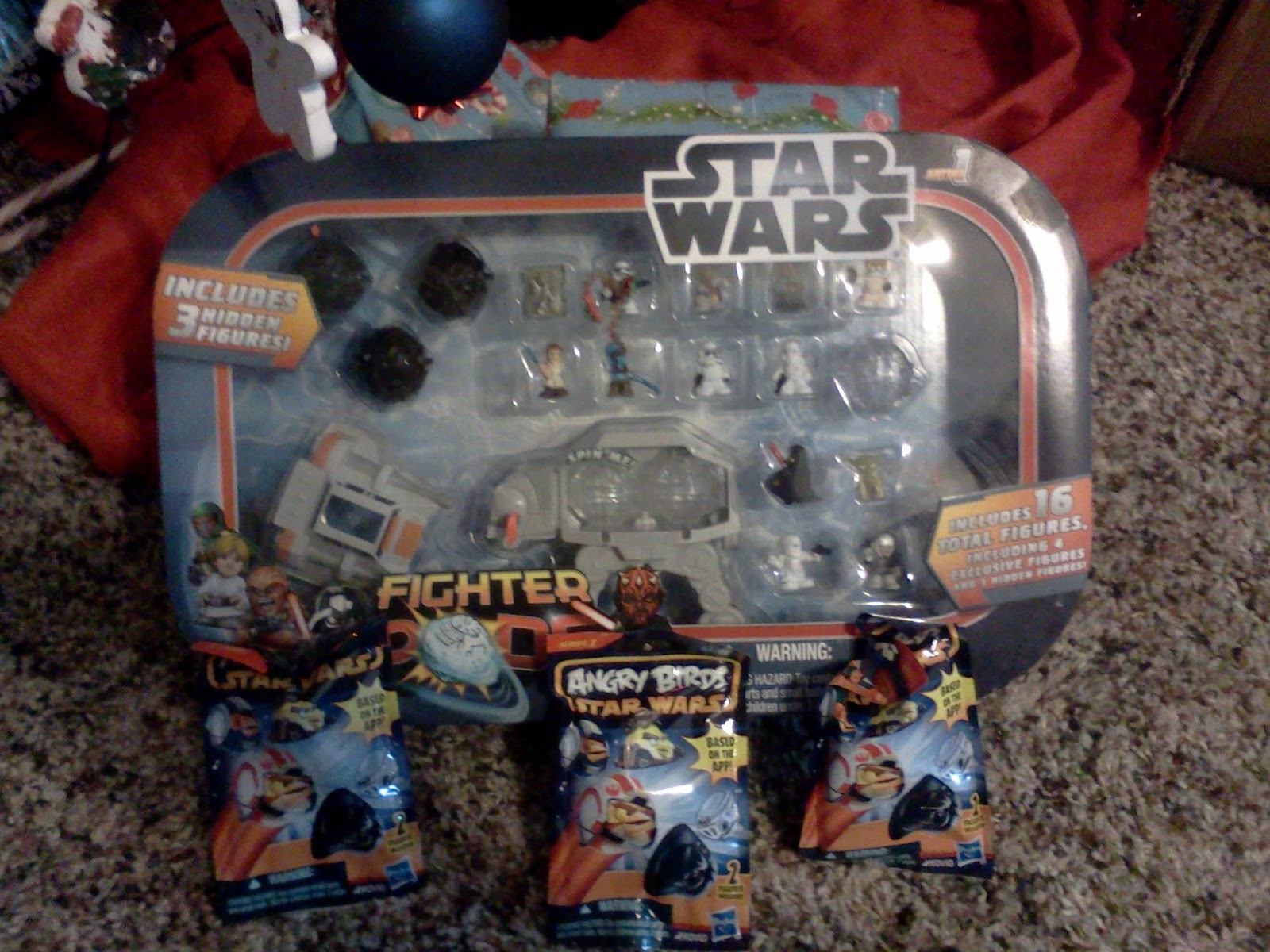 Micro heroes, mega battles! Iconic Star Wars characters get a collectible new gaming twist with this awesome FIGHTER PODS pack! Use your pods to knock down as many figures as possible. Spin, launch or roll your pods into battle! When you need extra “power” to prevail, connect your pods together, or place your figures on top or inside of them! The Snowspeeder vs. AT-AT 16-figure pack includes a AT-AT vehicle, a Snowspeeder vehicle and 6 pods for your Star Wars battles. The 16 figures in this incredible pack include 3 mystery figures – you won’t know which ones they are until you open the pack! Four of the figures are exclusive: Darth Vader, Snowtrooper, Han Solo and Yoda. THE REST OF THE FIGURES IN THE PACK WILL VARY. Get your “intergalactic” battle game on with the Snowspeeder vs. AT-AT 16-Figure Pack! Spin, launch and roll your way to endless intergalactic excitement. Get a whole force of Star Wars figures and the pods and vehicles to send them on adventures all over! You get 4 exclusive figures and 3 hidden figures in this FIGHTER PODS pack.
Pack includes 16 figures, 2 vehicles and 6 pods.