With a baby and two older kids, it seems that I am always doing something and on the go most of the time. With Wyatt, I am breastfeeding, but when we are on the go or when I have to leave Wyatt at home with the hubs, we use the frozen breast milk for feedings. Since we do that, there is a lot of warming up of the milk that needs to be done in order to get a bottle ready for him. I know that when we are out and about, I like to keep the breast milk cooled, but when it is time to feed him, he is not always a fan of cold milk. There are times where he will refuse a cold bottle of milk, so we end up having to either warm it up before we leave, which is not good to do unless we plan on using it shortly after warming it up, or we have to find somewhere to warm it up at, which is easier said than done. So, I usually end up having to stop what I am doing and breastfeed so that Wyatt can eat, which can make it so that our plans do not go as we wanted them to. With that said, I have been on the lookout for a bottle warmer that not only does the job, but is also easy to carry and does not take up a whole lot of room in the diaper bag. Oh, and one that I do not have to find a outlet for so that it can be used anywhere at anytime. Recently I was sent just that. I was sent a couple of the WarmZe Bottle Warmer packs to review. I was sent the Large and the Small Starter Kits to put to the test. When I went to make my first bottle, I realized that the product was similar to something that I was actually familiar with and have used for other purposes in the past. The idea is the same behind those warmers that you use when you go out hunting or camping to warm up your feed and hands with. Genius!! We had our first chance to try out the WarmZe,  when we were out and about on a cold morning and I went to get my morning coffee, Wyatt was ready for a morning bottle. All I had to do was get the bottle out, put on the adorable cow print sleeve up over the bottle, which does fit quite a few bottles including the MAM bottles that I love to use, then get the WarmZe warmer out of the package and wrap it around the bottle. Within just a few minutes you can feel it really start to warm up. Then by the time Wyatt was ready to eat, his bottle of cold breast milk was all warmed up and just right for Wyatt to take! 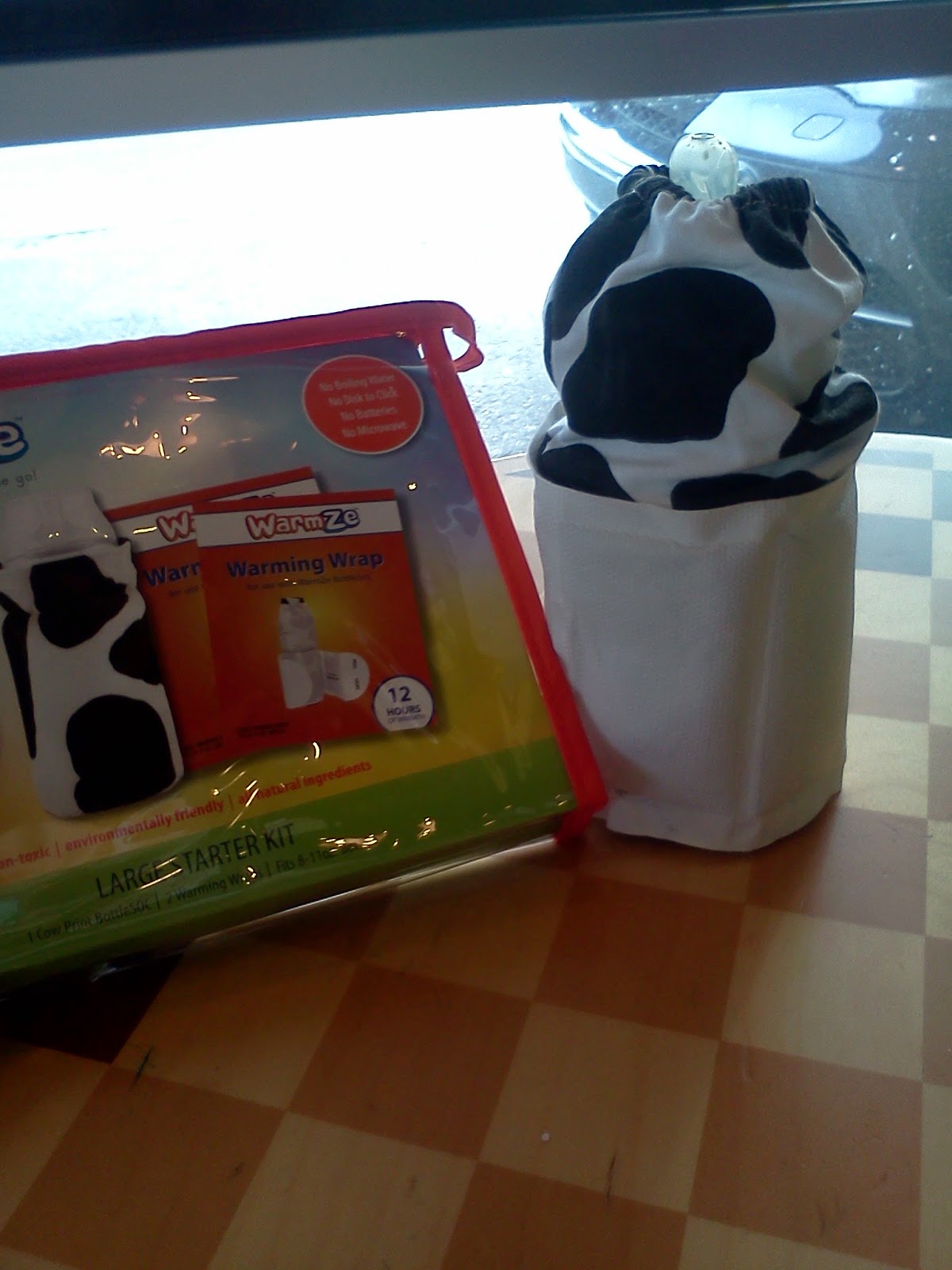 I love that there are two different sizes to choose from, and that they do fit a large variety of bottles. I also love that once I use the WarmZe, I can continue to use it throughout a 24 hour period and get the same results each time! I loved being able to go from the coffee house in the morning, to being able to warm up another bottle a few hours later then so on throughout my busy day! So if you are looking for a great bottle warmer that is easy to carry and use, then check out the WarmZe today!