My kids are complete opposites in so many ways. One thing that they can never agree on is their veggies. Estrella loves her veggies and does not have any issues eating them when we put them on her plate, Robert on the other hand, will cry, will make himself gag and refuse to eat his. To get Robert to eat his vegetables we have to come up with creative ways to incorporate vegetables into his meals and snacks. One thing that I know we can not go wrong with when it comes to snacking with Robert is chips. The boy loves chips, and it is a rare occasion that he gets chips too, so when he does get them, he is all in. So, for me, I see that being able to incorporate vegetables into chips would be a sensible thing to do, but until recently I had not seen it happen. Last week I was sent quite a surprise, you can maybe say a Green Giant Surprise! I was sent a couple of bags of chips that are from Green Giant. Just having the name Green Giant on the bag, you know they have to be made of vegetables, and you are right! In fact, when the package arrived, I put the bags on my counter in anticipation of taking some pictures of the bags and of my kids reactions to the chips. Well, Robert saw the bags and had asked if he could have some. Me, not thinking about being careful with how I word certain things to a four year old, said sure you can have some, and I did add for lunch, but all Robert heard was you can have some. So when lunch came around, I went to get my camera and get the bags of chips ready to serve up for lunch for my kids to try, to find the bags missing. Apparently Robert went to his dad and said that mom said that he could have the chips, then Estrella asked if she could have some too, my husband said that she could since there were two bags. Well, instead of maybe portioning out the bags to the kids, my husband said that since there were two bags and mom said that they could have them, they could each have a bag. So, this was a fail on both of our parts. Good thing is that the kids did not eat the entire contents of the bags by themselves, instead they shared with their friends, which is not a bad thing, unfortunately I did not get to try these chips for myself since by the time I figured out what had happened they were all gone! On the plus side, Robert devoured and not only loved but asked for more of the Roasted Veggie Tortilla Chips, which he had no idea until I told him, that these chips were made from roasted vegetables. And another plus was, even though the Green Giant site did not show any stores near me having these chips that the kids enjoyed in stock, I was able to find them at a local grocer, where I went and bought two more bags so that I could do my review! I was very impressed by the flavors and the crunch, they are just like those potato chips that the kids love, but they are made from vegetable. I love that for people like my husband, who is a snacker, he can grab some of these chips and not only get a great tasting snack but also feel good about it! I personally really enjoyed the Multigrain Sweet Potato Chips, but I also liked the Roasted Veggie Tortilla Chips, and I think the biggest part of all of this was that Robert loved these chips! 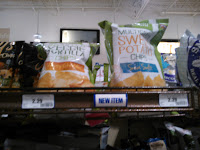 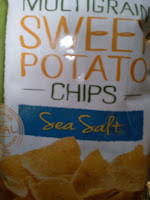 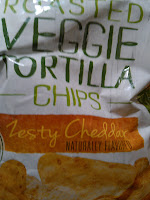 Well, since we can honestly say that not only are these chips a Green Giant Surprise all in their own, but that my kids are also magicians in making them disappear very quickly, I would like to share some other great surprises from Green Giant! The people from Green Giant have compiled some videos of other talents that people have shown and surprised them with! You can check them out on the Green Giant Facebook page as well as their YouTube Chanel! Not only can you watch some great talent on the videos you will find even more of the Giant’s favorite surprise talents at the Green Giant YouTube channel! Also take advantage of this great coupon from Green Giant for 85 cents off the Green Giant Veggie Snack Chips http://clvr.li/WJudoN

Thank you to The Green Giant™ for being a sponsor. Show the Giant your surprise talent atwww.facebook.com/greengiant