In the mornings, Robert likes to watch cartoons before he goes to school and one of the shows that we love to watch together is the Octonauts. We love watching all of the underwater adventures that the team of friends go on. Robert is a little boy who loves to learn, as do most kids, and in the mornings when he is learning about the underwater sea creatures that the Octonauts encounter on their adventures, I find him incorporating what he has learned into other play throughout the day using the knowledge that he learned from the show in the play. Recently we were sent some awesome new toys that will help take that play to a whole new level for him. We were sent a set of the new Octonauts toys from the Fisher Price line of toys for Robert to have his own adventures with both in the water and out! With the GUP-D, Robert can roll it on the floor with Barnacles inside of it or he can put it in the water and watch it go up and down in the water while Barnacles goes on a rescue mission! Robert can also go on fun missions with Shellington in the GUP-C both on land and in the water, along with the squirting color changing whale and the anchor tool that can also help him rescue the whale in the water. Then with the two action figure assortments that we also received, Robert is sure to have many fun adventures with his Octonauts! Your little Octonaut fans can have their own underwater adventures with their favorite characters both in the water and on the land today when you head on over to your local Toys R Us and pick up sets like the ones I was sent as well as many others that are available today!! 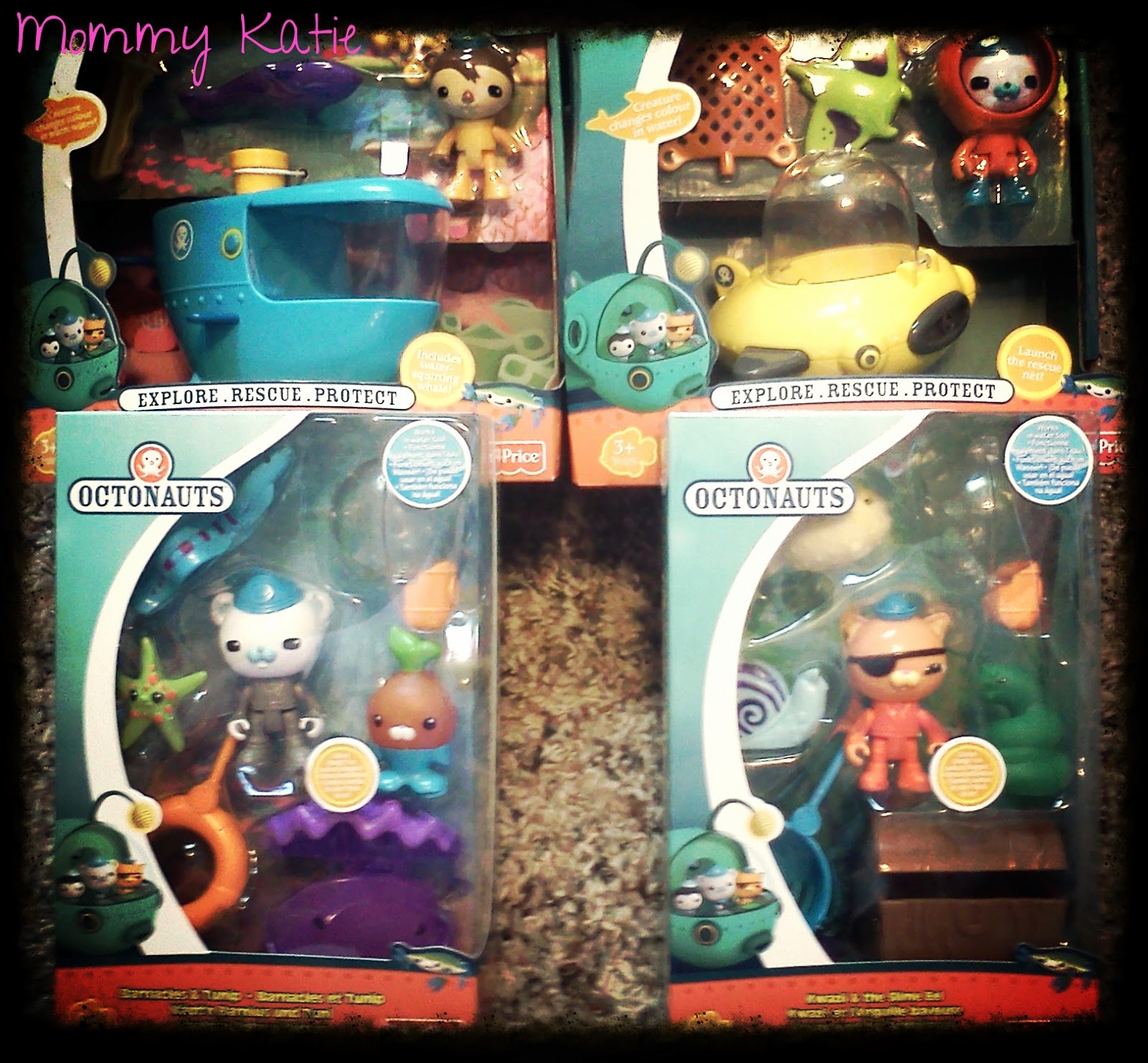