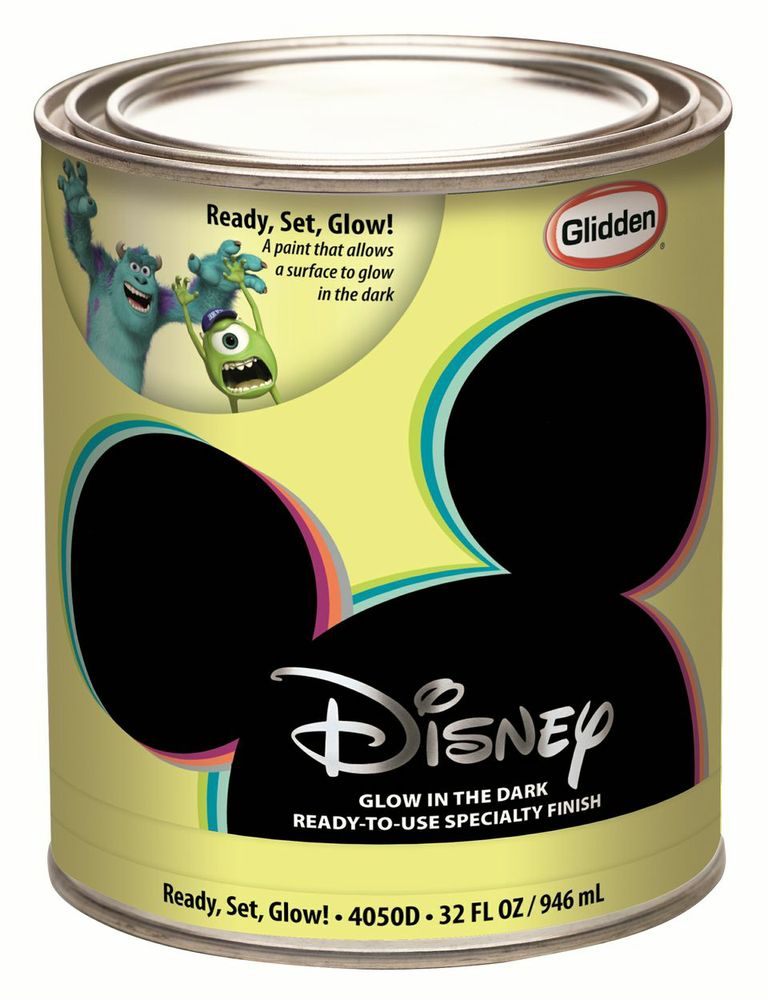 We have had so much fun redoing Robert’s room. From picking a new theme to stripping and repainting then letting Robert have a part in the whole painting process. Robert loved being able to use the stencils and pick and choose where we would put them on his walls. We kinda made him the boss of the whole project when it came to adding the Ready Set Glow Paint from the Disney line of Glidden paints! Robert loved making his aliens which he made to be a representation of himself and his little brother Wyatt. As I had mentioned in a previous post about our painting project, Robert had decided to add some googly eyes to his aliens, which went on just as he had wanted and they also look just as great as he had wanted! 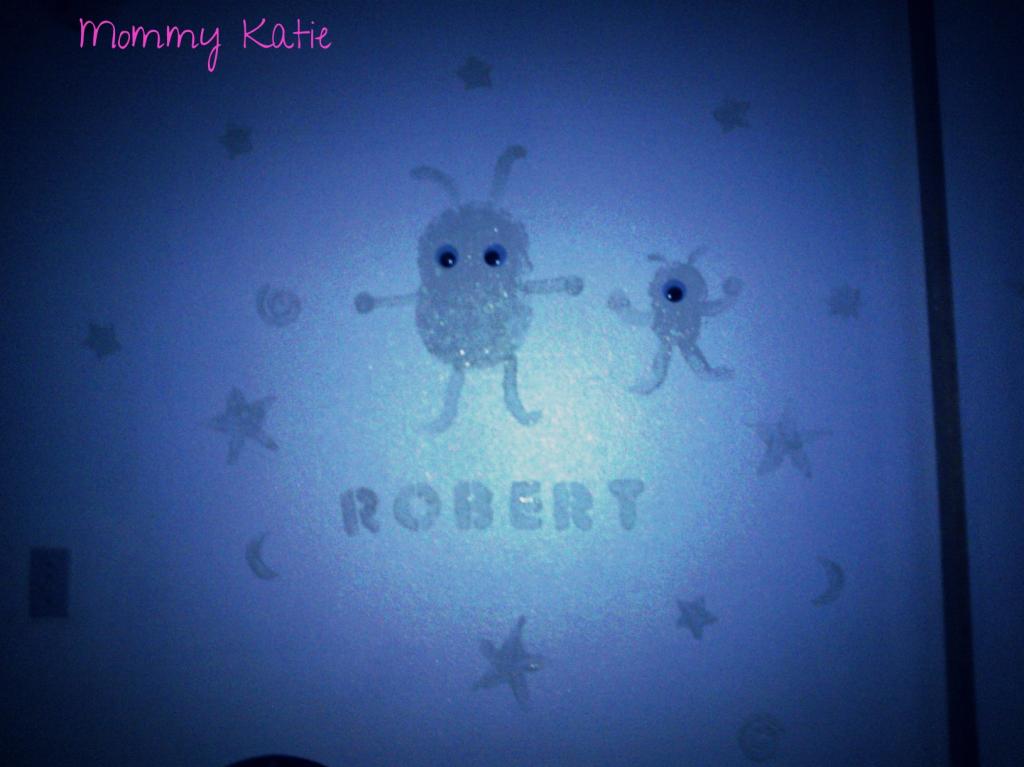 Robert loves having his glowing designs along with his glowing alien friends on his wall above his bed, he said now he really has a room that makes his feel like he could be in outer space!! I loved that we were able to allow Robert to express himself and paint his room the way he wanted so he is proud of it and he feels good about showing it off to others as a piece of his art! 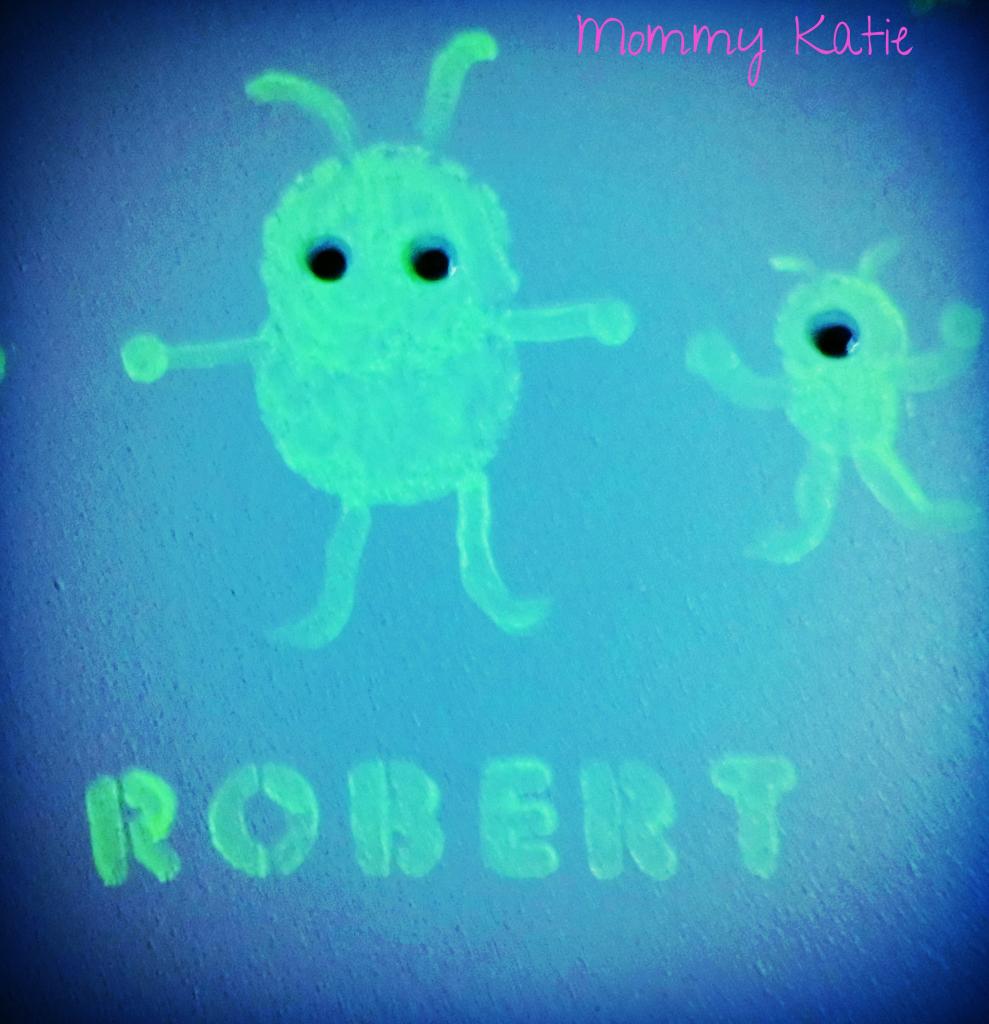 Once we got done with all of the painting on the walls that we had originally chose to do, Robert decided that he needed to add some extra asteroids to some other parts of his room that were lacking. So, he painted them in the spots where they were needed in his eyes, as you can see in the picture below 😉 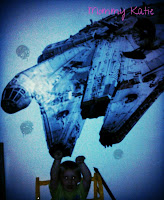 Then, when he looked over the room, and felt that there was not anything more that needed to be done, we set up the rest of the room and got ready for a reveal party! Robert had told his friends about the painting project and about the party, so they were very excited to come over and see what he had been talking about. We gave all of the kids glow sticks, glow bracelets as well as some fun Buzz Lightyear stickers and some cupcakes for our little party! 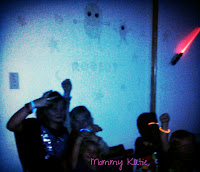 We asked the kids to come dressed in their most out of this world gear, so that they could be ready to step into Robert’s out of this world, Buzz Lightyear, Ready Set Glow Room!! The kids loved the theme and they thought the Ready Set Glow Disney paint from Glidden was cool and the parents that came with the kids loved it as well. Everyone loved the idea of letting the kids be creative and take part in the entire process from coming up with a theme to the painting process. Robert was so excited to tell everyone that he made the aliens and that it was his idea to put everything where it was and to also add the googly eyes on his aliens! During our reveal party we also had a mini raffle where we gave away a $50 Walmart Gift Card to one of the party guests so that they could get their own Disney Glidden Paint supplies!! Even though we went with the Buzz Lightyear Ready Set Glow theme from the Disney Glidden Paints, we showed everyone the Disney Paint website so that they could get ideas from all of the other paint themes that they have available! We had such an amazing experience and we enjoyed not only our time as a family putting this project together but also sharing our finished project with our friends. You can start your project today and get your ideas by heading over to your local Walmart and checking out their Disney Glidden display or heading over to the Disney Paint website! 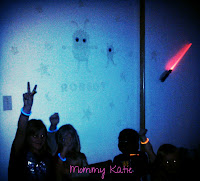 Compensation and products for review were provided by Glidden via MomTrends.  The opinions expressed herein are those of the author and are not indicative of the opinions of Glidden.