Like many other dads out there, my husband loves his music. He loves to go in the garage, or what some guys call the, “Man Cave”, escape the kids, tinker and build things, and listen to his music. It is very relaxing for him, his way of winding down from the week. I know that it has been many years since my husband has updated his system in the garage because his stereo still has a tape deck on it. So this year, I thought it was time that we updated that system, and when I was sent the Kicker iKICK iK501 to review, I knew that this would be the perfect stereo to replace my husbands way outdated one that he has literally held onto with duct tape in the garage! Now, my husband is not all that behind on the tech gadgets, he has a iPod that he has quite a selection of music on, so you would think that he would have that music playing in his garage, but until now, he has not, and the funny thing is, the music on his iPod is all of that music that is on all of those old tapes and CD’s that he plays on his old stereo. I know that even though Fathers Day is still a few weeks off, I had to get rid of that old stereo, and I went ahead and replaced it with this one because I had to! So, yes, replacing his old, duct taped together, outdated stereo in his man cave, was a perfect idea for a gift this Fathers Day! First of all, I am going to have to say, I love how sleek this stereo looks. I mean, it looks really good in my husbands garage, or “Man Cave”, and it makes the whole area where he keeps his music look so much nicer, but I am sure that is not what he and his friends are looking at when they go in there, lol. 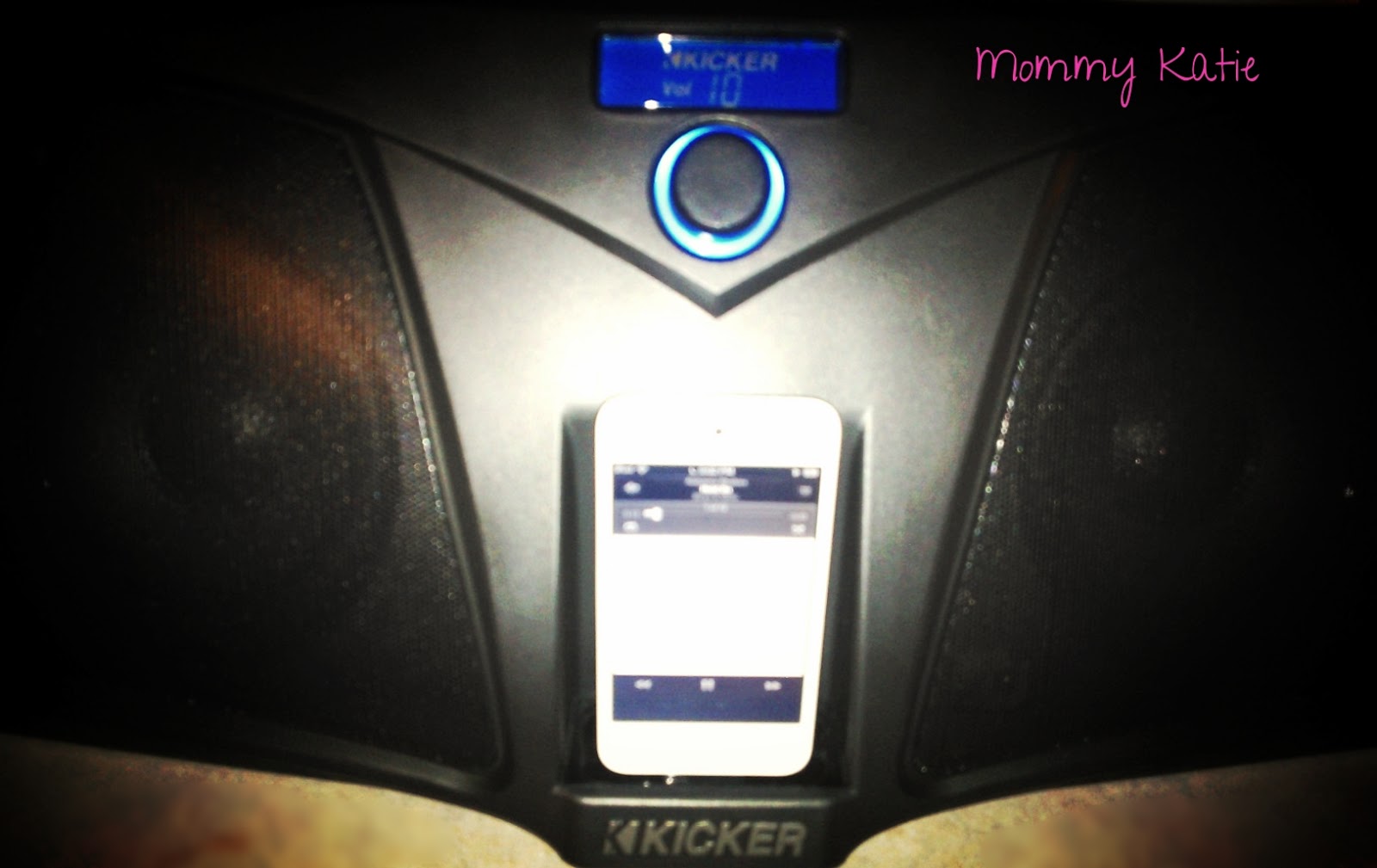 My husband and I both noticed right away that the sound quality was just amazing, I mean, we have surround sound in our living room, and I personally found the sound from the KICKER iKICK iK501 to be very clean and crisp and a better quality than the system we have in the living room, but that is just my opinion. I also like that I can put my little iPod Touch on the KICKER easily, as well as any of our other iPods or even our iPhone if we wanted and listen to the music on those devices! It is so easy to set up and use, and my husband likes that he can easily move it around the house with the handle, and that he can plug in his CD player if he wanted to as well! I found that the KICKER iKICK iK501 was the perfect gift to give my husband for Fathers Day, even if it was a early gift, and if you are looking for that perfect gift dad this year then give him the KICKER iKICK iK501!!! Well since Fathers Day is not that far off the wonderful people from KICKER would like to give one of my amazing readers their own iKICK IK501!! 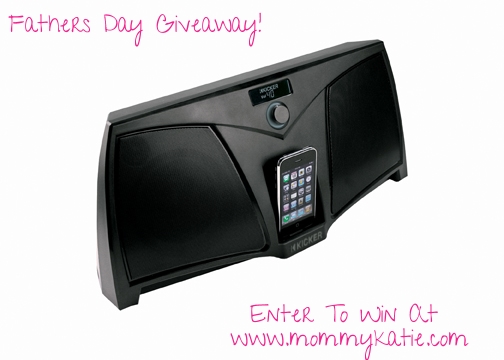