As a mom with a baby in the house, when it comes to sleep, I want to make sure that when Wyatt goes to sleep, he stays asleep until he is ready to wake up. So that he is rested and so that we have a happy baby on our hands, which also makes for a happy mommy and daddy when we all rest nicely. I know one thing that can disrupt sleep, or cause Wyatt to wake up in a bad mood, is if his diaper overflows and soaks him while he is sleeping. I do not blame him either, I think that if I woke up soaking wet, I would probably be in a pretty bad mood too. I know that even after having two other children, coming up with a solution to the leaky wet diapers at night, was something I had yet to find. I say yet because recently I was sent a pack of the Luvs Ultra Leakgaurds diapers with the Nigh Lock technology. I have tried different products in the past years that claimed to be ultra and leak proof, but until now, I had yet to find a diaper that actually kept my baby dry through the night or through a nap. Both Wyatt and I were very pleased after the first night, when he woke up that next morning and his bed and clothes were dry. Made the morning for both of us a good one. For one, Wyatt was not cranky because due to waking up to wet clothes and bedding, and two, I did not have to wash all of his linens and bedclothes that morning. This was just one night though, and we had not had a nap, so the next test would be to have these diapers last through a nap time as well as many nights in a row. With the Night Lock diapers, you get the Leak Barrier Leg Gathers, which ensures leaks stay in the diapers and off of Wyatt’s pajamas. To my surprise they passed, and not only did they last like they said they would, but when I went to purchase more Luvs diapers, I was very pleased at how affordable they are. Now the Luvs with Night Lock are not available to purchase just yet, but when I saw the price of Luvs diapers compared to the other leading brands, well I was surprised. I mean, for the price of 1 case of the leading brand of diapers, I can buy 2 cases of Luvs, and with the new Night Lock on their diapers, I think the answer is clear on which brand I will be going with once the new Luvs are available at my local retailers! So, if you have little ones, babies or toddlers, who are in diapers, and if you are tired of waking up to a wet baby, wet bedding and wet clothes, keep your eyes open for the new Luvs Ultra Leakguards with Night Lock, which will be hitting shelves on September 16th! Well, to help your baby and the rest of your house have a better nights sleep, the wonderful people from Luvs are going to give one of my amazing readers their own pack of the Luvs NightLock Diapers! Also, Luvs is making it so you can print off coupons for their diapers starting on September 16th! You can stay up to date on the new coupons and promotions by following Luvs on Facebook and Twitter! 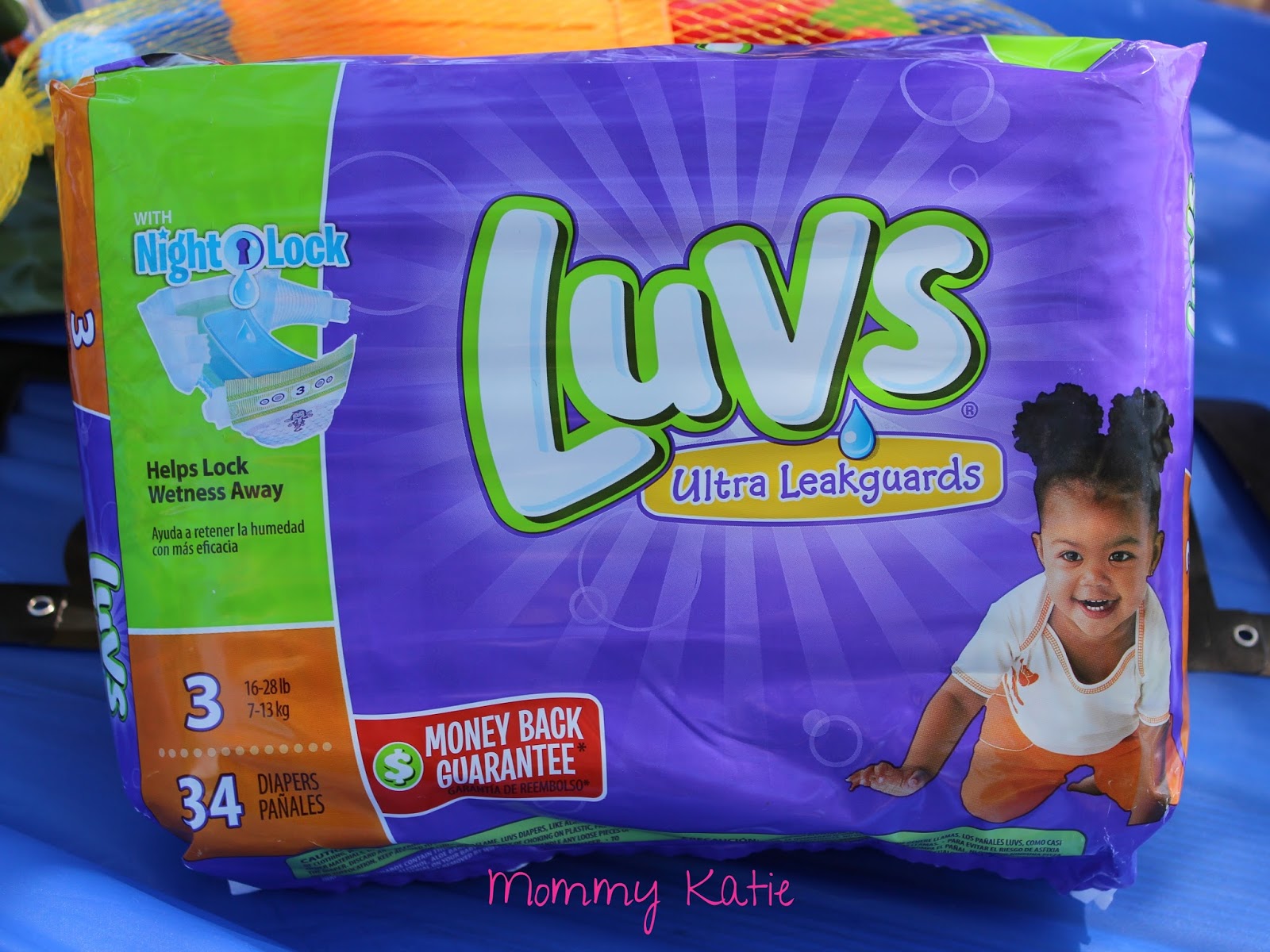 This review was made possible by Double Duty Divas and Luvs. I was provided the featured product free of charge to facilitate my review, but all opinions are 100% mine.