If you have been following me over the years, then you know that my Robert loves Dinosaurs, racing cars, motorcycles, and trucks. The boy adores and collects them all, from the toys and action figures to the books and movies that talk about and teach him about the different dinosaurs as well as different types of cars and trucks. He is a boy, there is no question, and the boy knows what he likes. Recently we were sent an amazing pack of toys from VTech, which cover his two favorite kinds of toys, dinosaurs and cool vehicles. We were sent an assortment of the VTech Switch & Go Dinos! 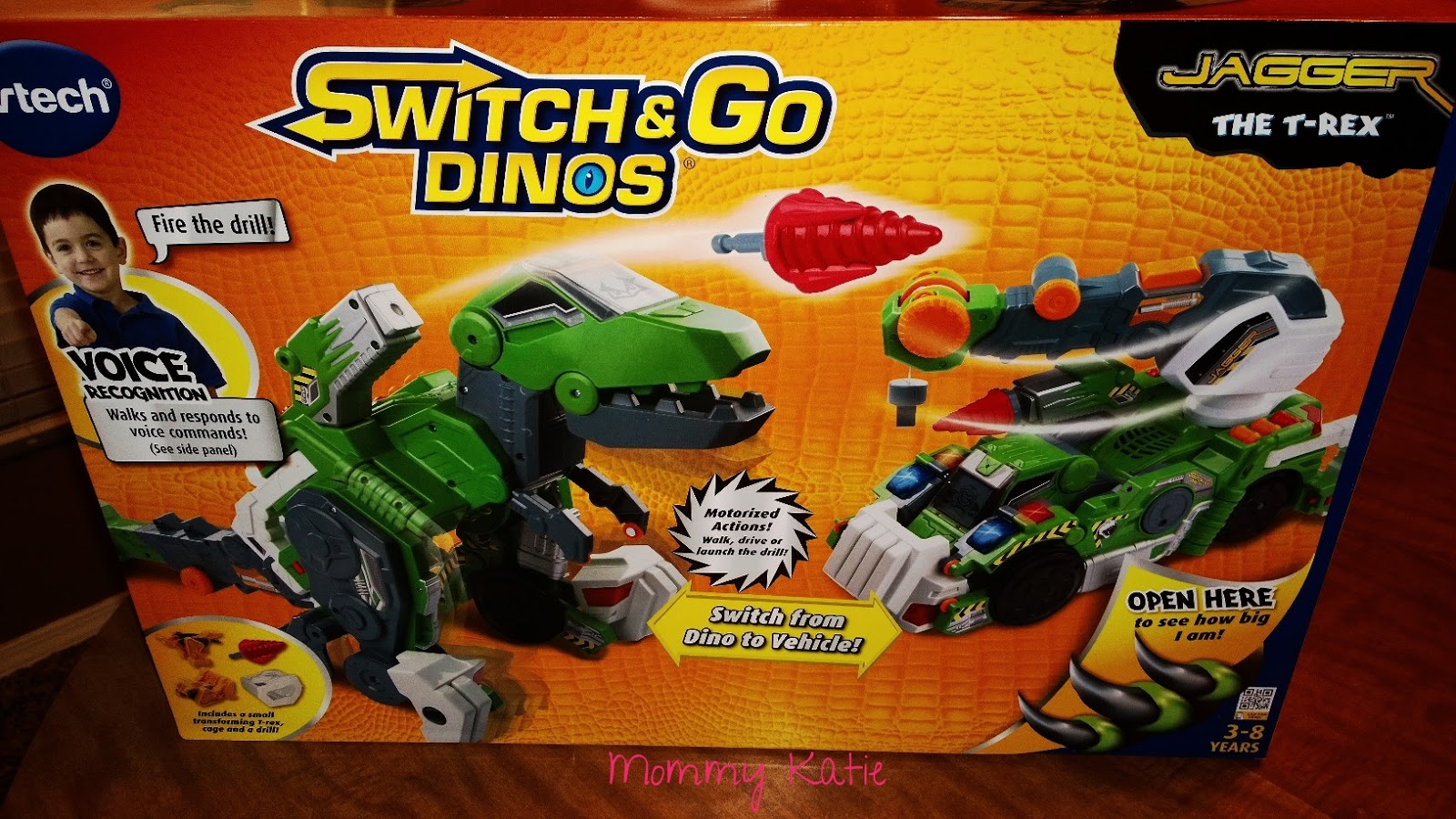 In this assortment, we were sent three of the smaller Switch & Go Dinos which included, Stompsalot the Amargasaurus, Quiver the Stygimoloch and Akuna the Velociraptor. These 3 dinosaurs all transform into awesome vehicles like race cars and motorcycles, which makes playtime with them an adventure like no other! They may be smaller dinosaurs in the collection of Switch & Go Dinos, but they are fierce and fast!!! Robert enjoys all of the sound effects that sound realistic, like when Akuna goes into motorcycle mode, he makes sounds that really sound like a racing motorcycle. Then when Akuna or any of the other guys from the collection are in Dino mode, they not only make real dinosaur noises, but Robert and his friends can learn some really great facts about the type of dinosaur they are as well as some other amazing dinosaur facts, which makes me love these great little dinosaurs even more exciting to play with! 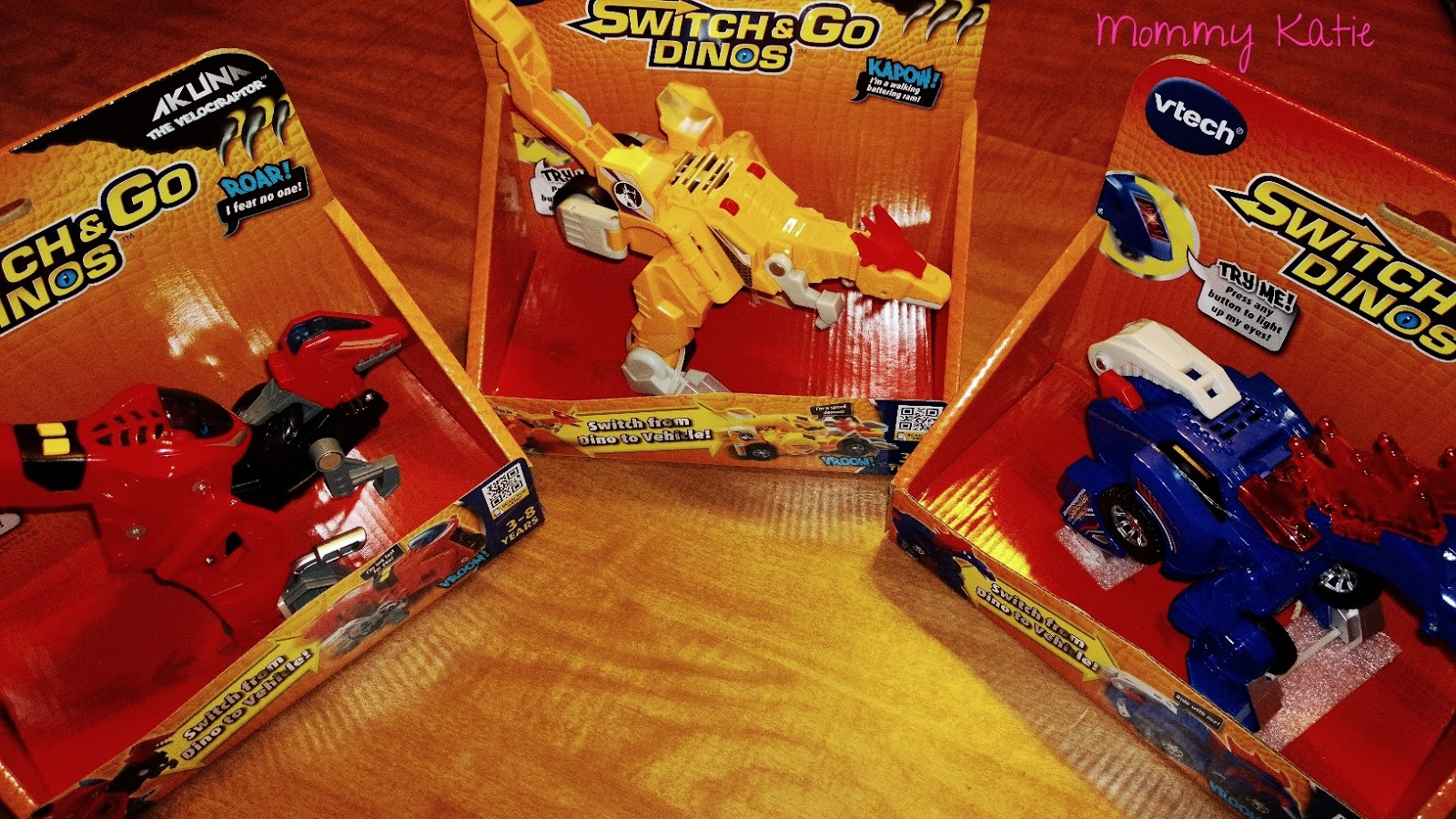 Then with Jagger the T-Rex, you get a dinosaur that is big, rough and tough! Robert’s favorite dinosaur is the T-Rex, so when he first caught eye of Jagger, well there was no question on whether or not Robert would like this toy. Just like the smaller dinosaurs in the VTech Switch & Go Dinos, Jagger the T-Rex transforms from a awesome construction truck, which is rough and tough and represents Jagger very well! With Jagger, Robert can interact with his dinosaur and command his T-Rex to do as he says! From roaring to stomping around and being a ferocious dinosaur! Robert also found the rocket launcher to be a lot of fun, especially when he finds a target, like say his sister, to shoot it at. Although I would not encourage little boys to target their sisters. Robert can get Jagger to eat, and watch him chomp with his teeth. We both really like the light up eyes, and just like the smaller dinos in the collection of Switch & Go Dinos, Jagger also has some great information to teach his master about, like some amazing prehistoric dinosaur facts! I think one of my favorite features would be the voice command, where Jagger can recognize and respond to 24 specific commands. Robert and even Wyatt, love to roar along with Jagger, to see who has the most fierce dino call! 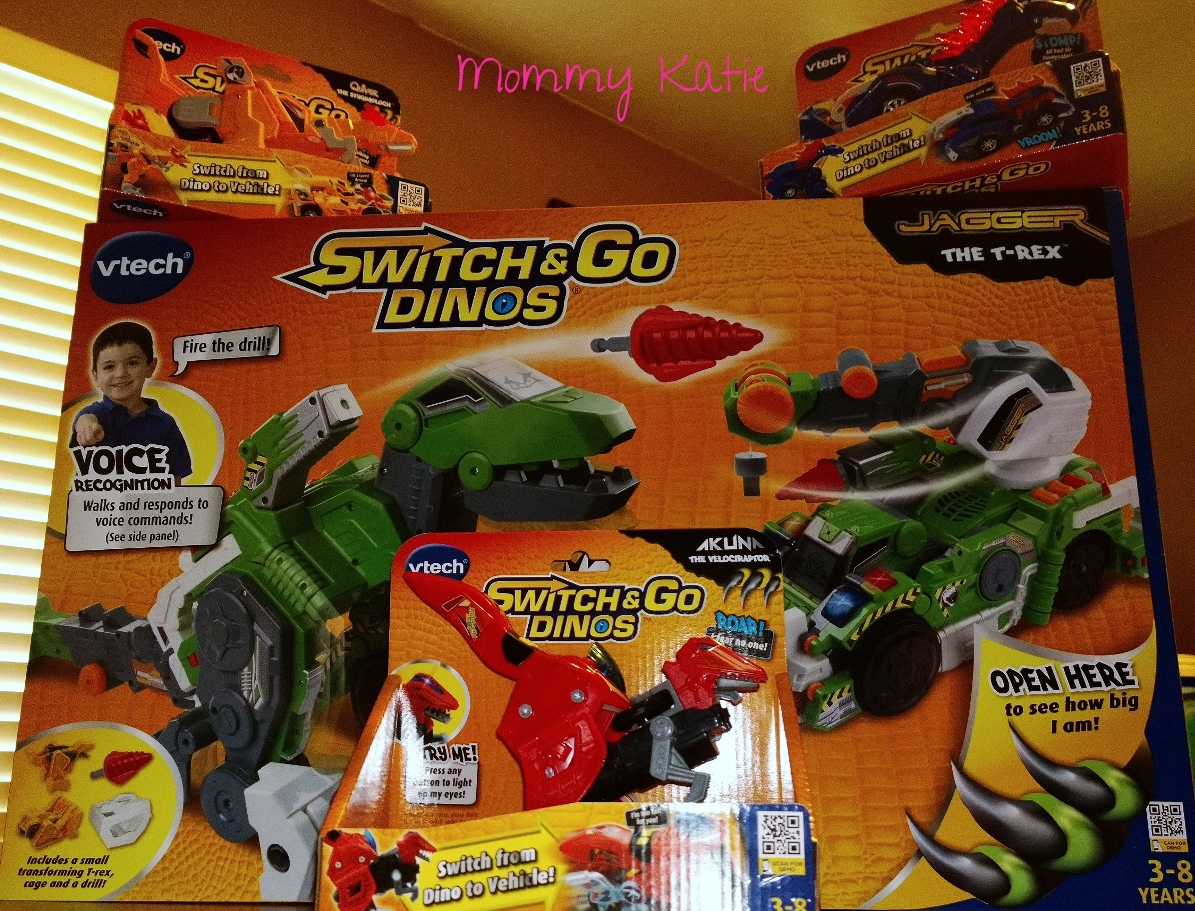 This was not a paid post and honest/original opinions were used and they are my own. Thank you to the company and/or pr agency who supplied the product for review. The Switch & Go Dinos were supplied for this review from VTech!