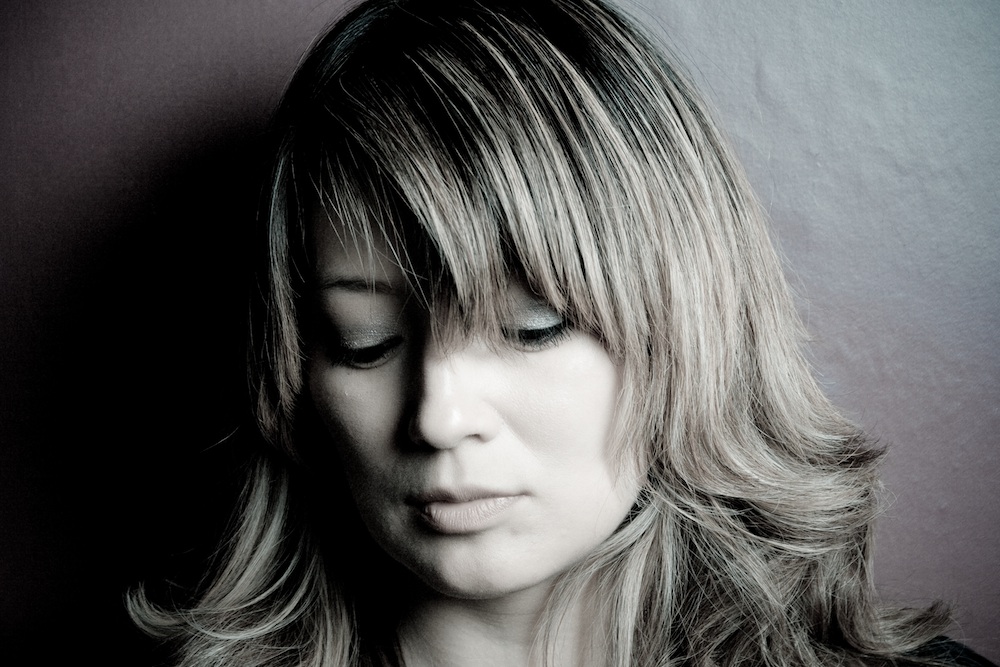 I’m a singer in a band, I don’t need to tell you what kind of lifestyle a singer in a band has. It’s full of late, late nights, late mornings, late for rehearsals, late gigs…. It’s a laid back life, no musician will turn up at the recording studio at 8am…. maybe by midday, but then again no musician will go to bed at 10pm…. anytime after midnight. I’ve worked in a few studios, none of them had windows, its like a casino effect, they try to keep you inside as long as possible. That’s what your life is when you are a musician with no kids. Then my biological bomb exploded and I had to have babies.

My husband is a musician too, he is a driving force in our team, he’s the creative guru, business brain and is the only one who can get the best out of me…. vocally. He was very supportive during my first pregnancy up until it was time to record. At least we didn’t play gigs. I felt huge, tired and not keen to sing at all, massive bump was digging into lungs and belting out high and powerful notes was challenging. So naturally I tried to get away but Husband was very persuasive in pleading, and  ordering me get on with it. I had my little not-very-sweet revenge… as you already know, flatulence during pregnancy is appalling, there’s a common phrase “eat for two”, I think it should be expanded to “eat for two, fart for all’. We were laying down demo vocals for tracks, and Husband had to operate software, so he had to sit through my vocal sessions…. That’s where my revenge was at its best!!!

Motherhood hit hard, I thought I was ready. I wanted this baby badly. But no book prepared me for this. I was tired inside out. The baby needed to be fed every two hours, and I was a walking zombie.  Music???!!!! What music!!!! First two months were a haze, when I wasn’t sleeping – which seemed like never, I was washing bottles in soapy water, then rinsing them, then sterilizing them, then preparing formula… Life became a cycle of washing bottles and changing nappies. Husband lost all creative juices, he was an exhausted, hormonal freak who used to be a laid back wife, crying baby boy, eldest boy who still needs to be driven to school and after school activities. When the gap between feeds finally got to four hours I knew time has come to switch from survival mode into relatively normal life. We could get back to music. Fist of all, I’ve discovered a completely new genre of music: nursery rhymes. Those were difficult times, I’m a lot more tolerant to nursery rhymes now but back then I hated them immensely. Musically, they are quite boring, no guitar solos, or big choruses, or funky bass lines, or memorable lyrics…. so I refused to learn them with my baby.  Instead we listened to a lot of mainstream radio or tune into rock stations. The morning I gave birth to my beautiful baby boy, our band member and co songwriter texted me early in the morning asking when we could get together and practice/develop new songs? Texted him back and said that I might be a bit busy as just gave birth.

The first rehearsal was tough, leaving crying baby behind, constantly worrying if he would be all right.  Would he miss mummy? Would he be fed? Nappy changed? Put to bed ok? My heart was broken from worry and pain… but we had gigs lined up and needed to work on new material.

Since then I had another baby boy, I’m managing a lot better but first time round was tough…. finding that balance where all parts are working like a clock.

Pre-kids the only time I had to use time management was when I worked in the office. Yes, I was very organized with an achievable to-do list. Then I left the office and was doing music only, and there wasn’t time for time management. There was time that I filled in with things as they came and went… easy, no huge responsibilities, lots of time to meet deadlines.  Band members are late for rehearsals  – no problem. Gigs start later than stated – no problem.

This approach isn’t compatible when you have kids. I had to become less rock-n-roll, so I turned into a boring disciplined singer. With two little boys and one teenage boy and not many options when it comes to babysitting, plus both parents are in a band…. rehearsals, recording and gigs turned into military projects. Now both my Husband and I know The Routine. We have perfected it over the years, and we are now true professionals. Husband looks after technical part: guitars, amps, cables, set list, lyrics, laptop, etc. I’m responsible to have meals and house ready for the babysitter, sufficient supply of nappies, wipes, DVDs, instructions when and what to feed them, bed time, contact numbers in case of emergency, medicine cabinet, etc.

When we have to go and play too far away from home, like a mini tour or meeting with producers in London, anything that involves distance and flying, then these are dealt like National Military Project – there will be a few to-do lists, more instructions and more worrying that something unplanned and unforeseen would happen. Usually, we are both mega tired after such meetings, recordings or gigs – there’s so much to look after, there’s a lot of pressure, it is challenging but never boring.

We are full-on musicians and parents, we do everything ourselves, we don’t have a nanny, or a manager, or a cleaner, chef, PA, personal trainers, chauffeurs, etc. We are all of these and more. With good time management, anything is doable. I strongly believe in it. And a few more hours in a day would be helpful.

5. CREATIVITY
When you are a mother who is busy with the kids and the house, it’s very difficult to stay creative. I don’t know many songs about nappies or baby puke… So we try to find inspirations in films, travelling, news paper articles, life stories, things that still matter and people can relate to. Writing about how your baby boy went to school for the first time or moved a level up in swimming lessons are important, of course, and a lot of people can relate to that too, but you hardly hear songs like that in top 20 radio.

Creative process is not easy, more than anything it requires time.  Some songs can be written in 10 mins, some take years. When you are parents, you have to find that time where you are both relaxed and in the creative zone, and that time is usually when the kids are in bed.  On one hand is great – the house is quiet, there’s time to get the guitar out and play a few songs, write lyrics or just have a jamming session.  On the other hand, it’s hard because by the time the kids are fed, bathed, story read, tucked to bed, you are so tired the only thing you look forward to is a glass of Pinot Grigio and some film on Sky+.

PREGNANCY No.2
I was so looking forward to my second baby. It was a pay back time… I wasn’t a new inexperienced mother anymore dreading every step…. this time I knew what to expect!!!! I still remember that smirk on a face of a fellow mother in the maternity hospital when I tried to put a nappy on my new baby boy. It took me about 20 minutes, I was panting, face red with embarrassment. That woman was younger than me and already had three children. I could see pity in her eyes.  Then there was me – older mum who couldn’t even change nappies. Loser.

Needless to say that I was so eager to show off my experience with babies!!!!
Second pregnancy was more difficult but that didn’t stop me from recording, then travelling to London for meetings – I was so far ahead that I couldn’t fly anymore Instead we had to travel by train or car. After that, gigs were lined up, I was already 8 months pregnant. I actually quite enjoyed those gigs, audience reacted brilliantly and many nice comments were made!!!! Baby loved gigs as well (another boy!!!!! we have three boys now – in words of Charlie Harper from Two And a Half Men – complete sausage fest!!!!). I got a lot of kicks as the music kicked in. I’m now sure that our youngest son will be a singer like his mummy. He has very powerful lungs on him, and he definitely practices them a lot by screaming and shouting and generally by being the noisiest in the house.