We love getting and trying out new toys, and when we get packages of new toys that has something for just about everyone in our house, well it makes testing out the toys together even more exciting! I enjoy being able to review and test out new toys but also being able to include others makes it even better. Well recently I was sent a package filled with the hottest new toys from Spin Master to play with and review. I know that the holidays are still a bit off, but these are all toys that you might want to keep an eye on this coming holiday season! To start off with, we have a lot of fun as a family when we can find some great games to play together for our family game nights. With the new products that we were sent from Spin Master, we were sent 3 great new games, which all have made for some fun on our family game nights. When I am able to come across games that can bring the family together, I find that to be a feat all in its own. With the game Boom Boom Balloon, you roll the dice, then carefully stick in the pins until you hear a click. You keep doing this until the balloon pops, which with every stick that you click in, everyone builds with anticipation of the balloon popping! This game is one the whole family can enjoy and also one the kids can play together and with friends! With the two other games, they are perfect for older kids like Estrella’s age and older. They do make for great family games as well. In the game Hedbanz Act Up, each player draws a card to put in their head band, players then roll the dice. When a player roll matches a card on another players head, they have to act out the clues to get the player with the card on the head to guess what the card says! This is a fun game that really gets everyone into it! Then with the Logo Party, you break up into teams, then you play to reveal the brands you love. There are 4 clues to reveal the brands, you draw it, describe it, do it and reveal it! The team to get to the Logo Party Space and to successfully answer the Reveal Card wins! We found this game to be great to play when we have friends over so we can break up into teams and have a lot of fun with it! In all the games from Spin Master, were all great ones to add to our collection of games! 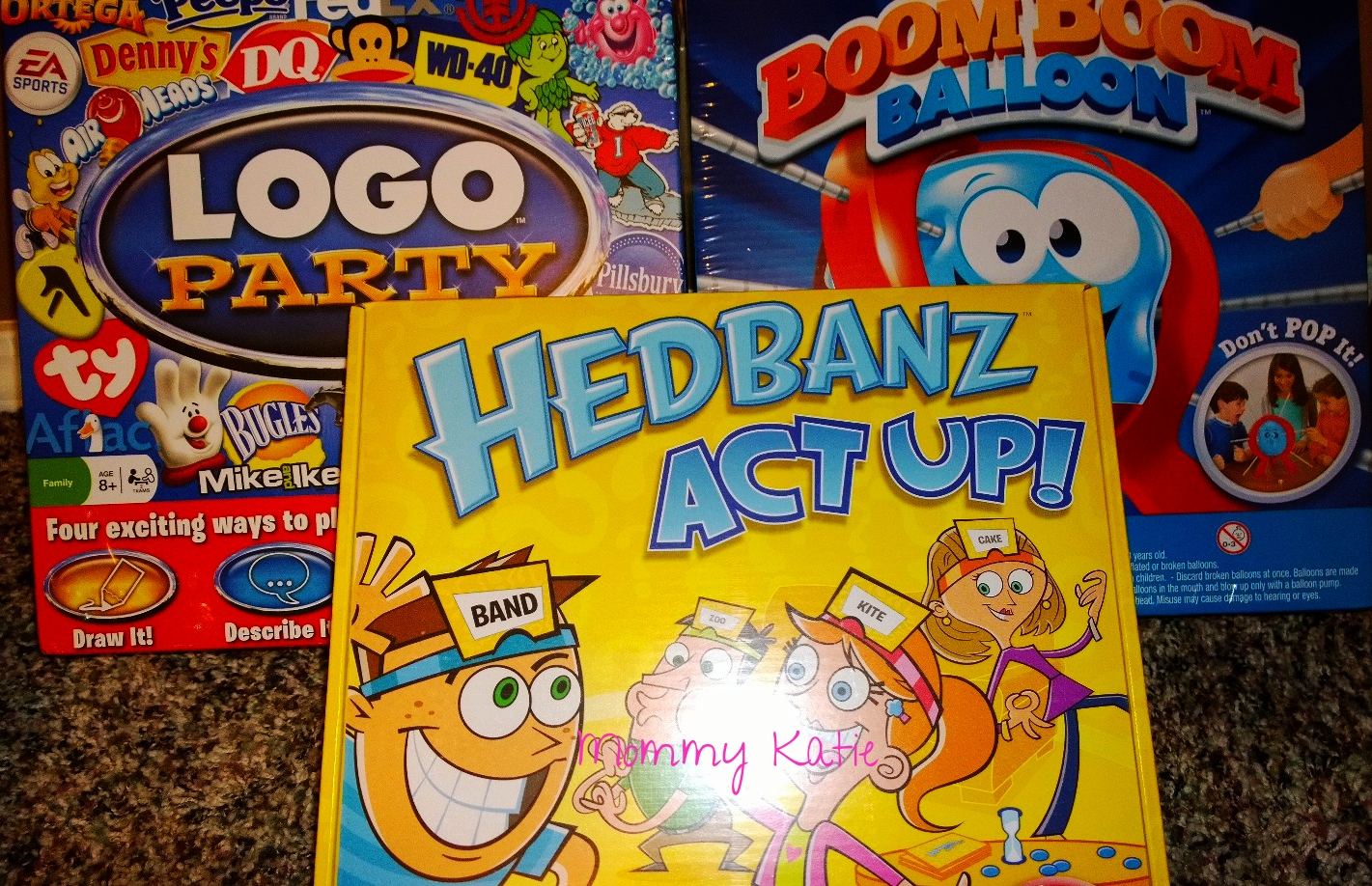 For all of the great Spy Gear gadgets we were sent, both my daughter and Robert have found these to be some fun toys to play with. Robert loves playing like he is a secret agent, and these toys really help make the play even more real for him! My daughter loves to play with Robert, and watching the two of them play like they are super spies, is pretty entertaining all in its own. With the Spy Gear Panosphere 360 Spy Cam, Robert can set it up to record video in all directions. This camera takes about 2000 photos, which is pretty cool if I do say so myself! Then with the different attachments, Robert can place it around his room, and keep it so it is nicely hidden. Once it is full, he can upload the photos he captures to the computer and even share to social media if he wanted. 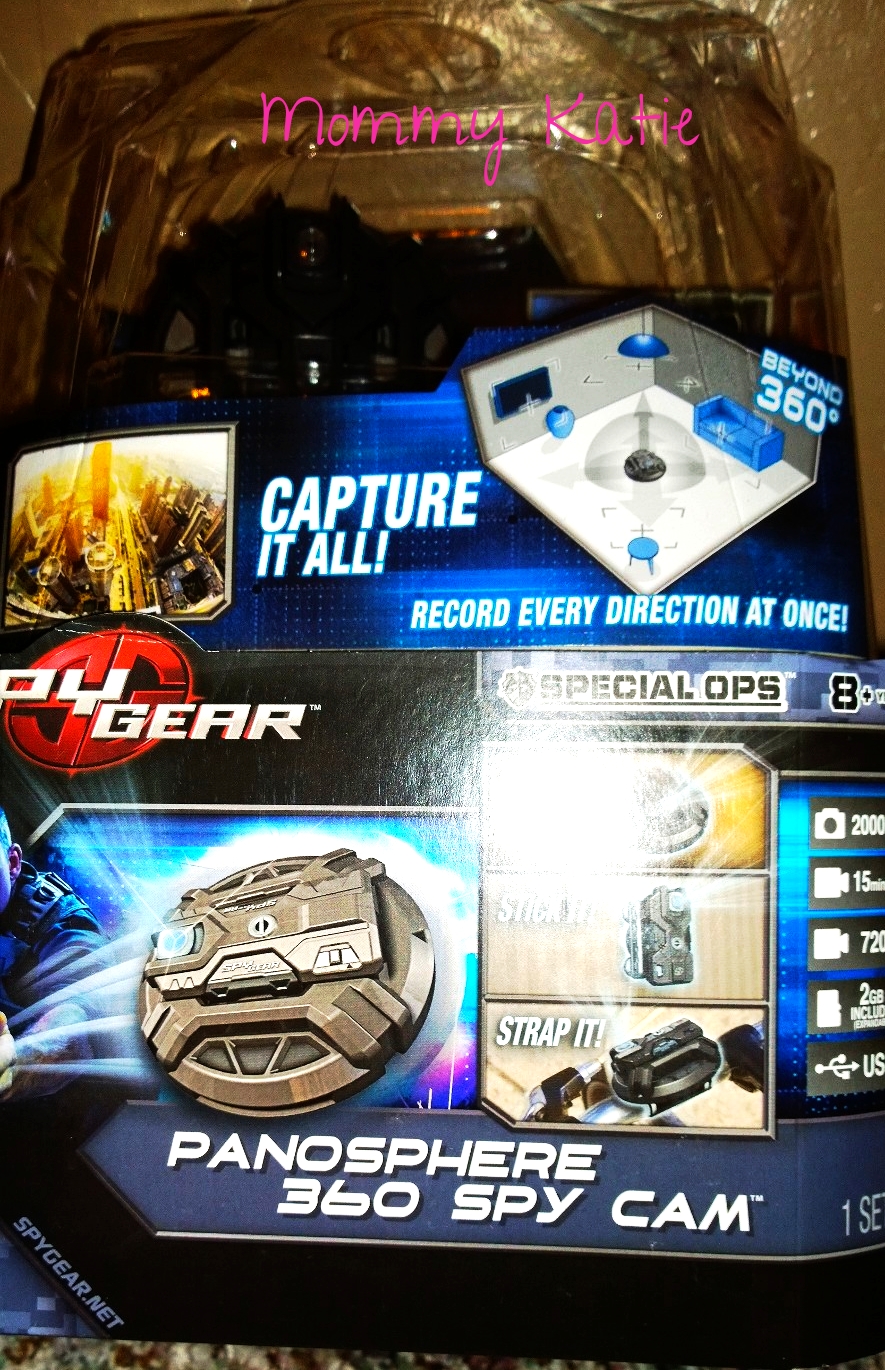 The Spike Mic Launcher makes it so that Robert can launch a dart with a mic on it so that he can do some amazing surveillance, say on his sister if he wanted to. And with the Sonic Distractors, Robert and my daughter can find ways to get out of almost without getting caught when they throw the Sonic Distractors out! We love the Spy Gear products and these made the collection that Robert has even greater! 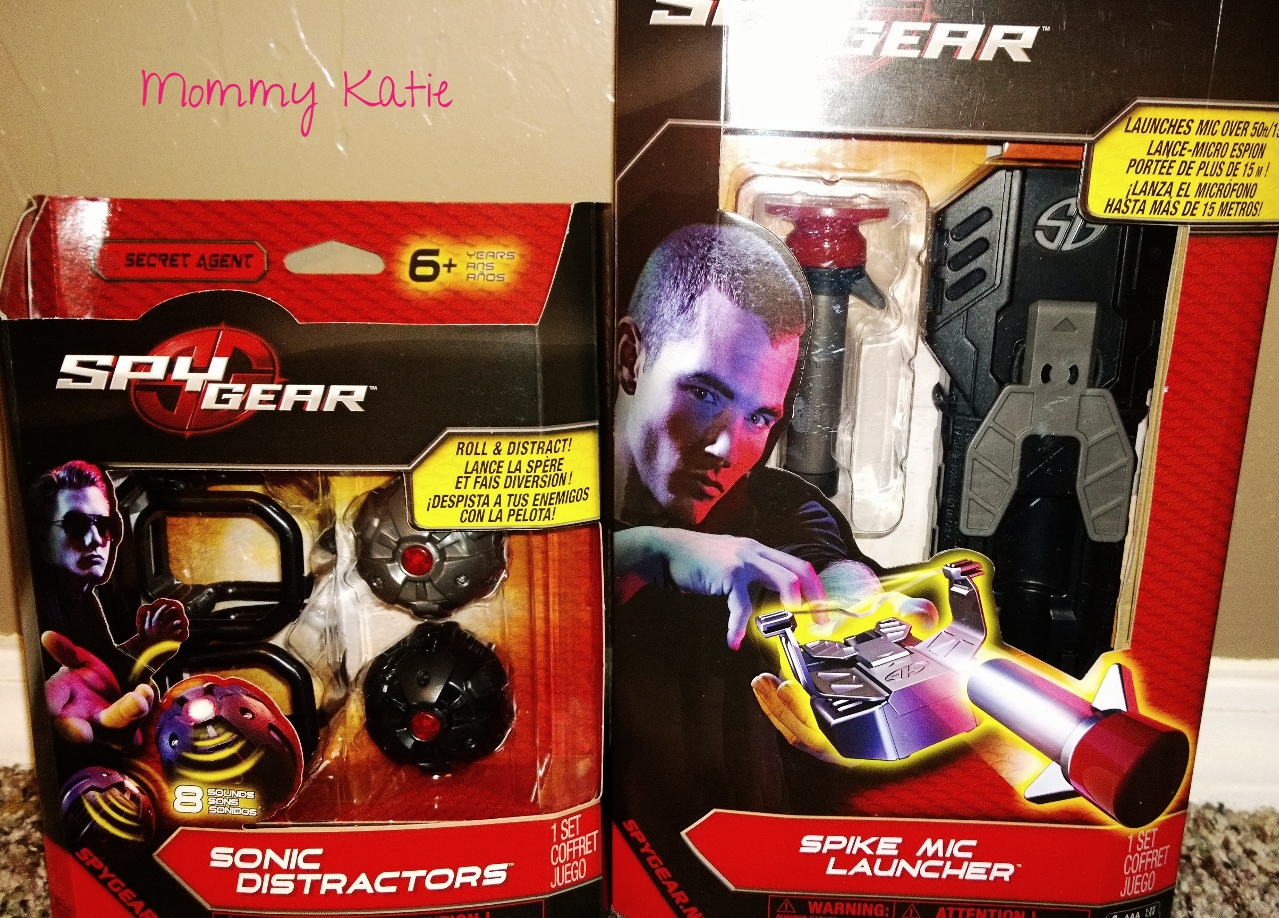 When it comes to the remote control toys, Robert and my husband love to collect and play with them. One line that they both love is the Air Hogs. When we were sent the Air Hogs RC Helix X4 Stunt Quad Copter, they were both giddy, lol. This helicopter is not like any of the other Air Hogs that Robert and my husband have. This one can do a lot of pretty cool stunts, and is pretty crash resistant, which is a plus when Robert is operating it! I really like that it can do stunts that the other helicopters they have can not do, I think that is a feature that really makes this Air Hogs copter stand out. We all agree that the this Air Hogs copter is one cool copter and that any RC fan out there needs one! 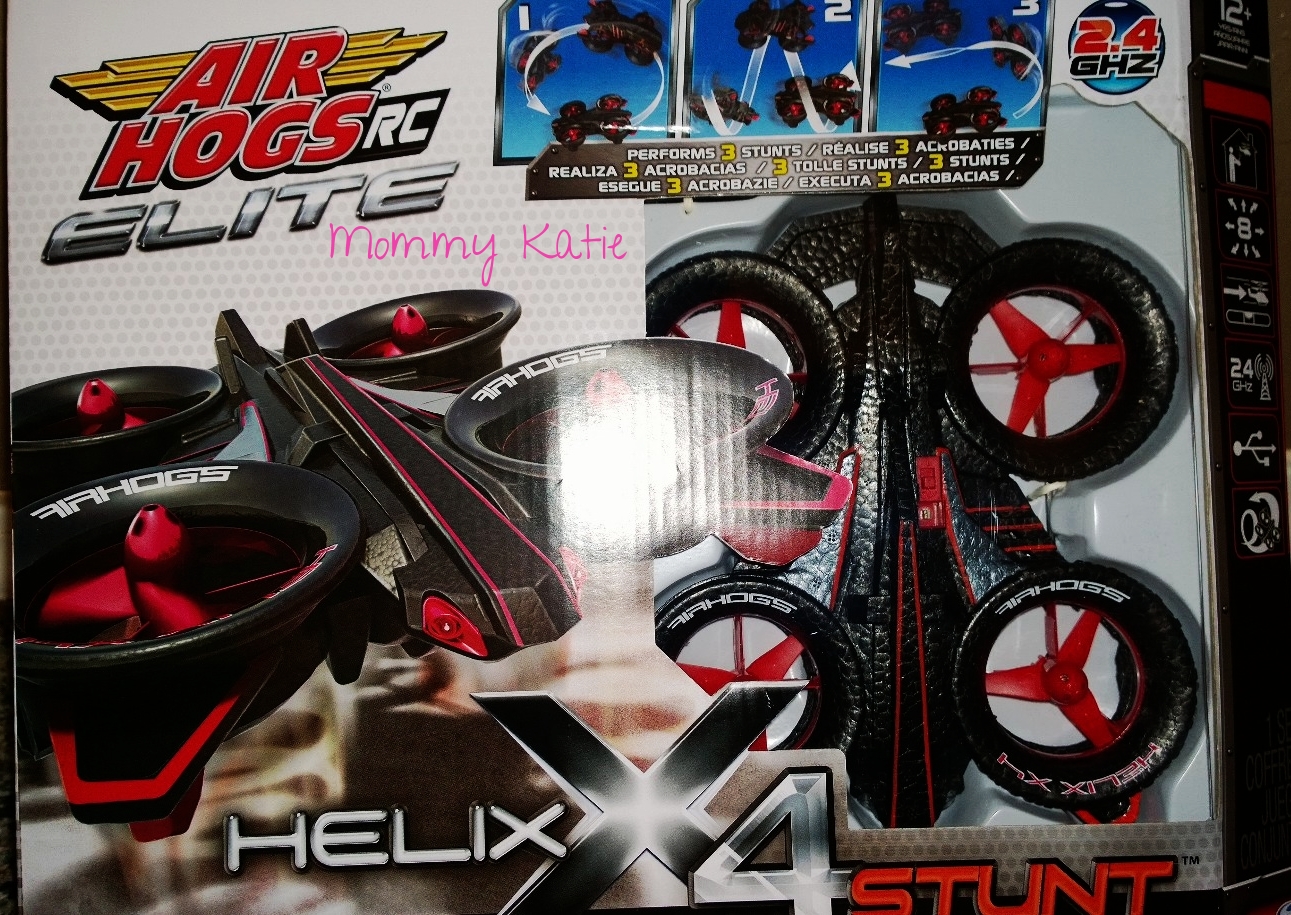 For Estrella, when it comes to the girl toys, Estrella was sent a couple that she has found to be perfect for her. With the Flutterbye Pink Flying Flower Fairy, Estrella gets the adorable fairy that she can control when it is in flight. Once you launch a Flutterbye Flying Flower Fairy, your daughter can control which way she goes by guiding her hand under the fairy. This is a very cool and unique toy for girls, since it is nothing like those other flying fairies that you might find. 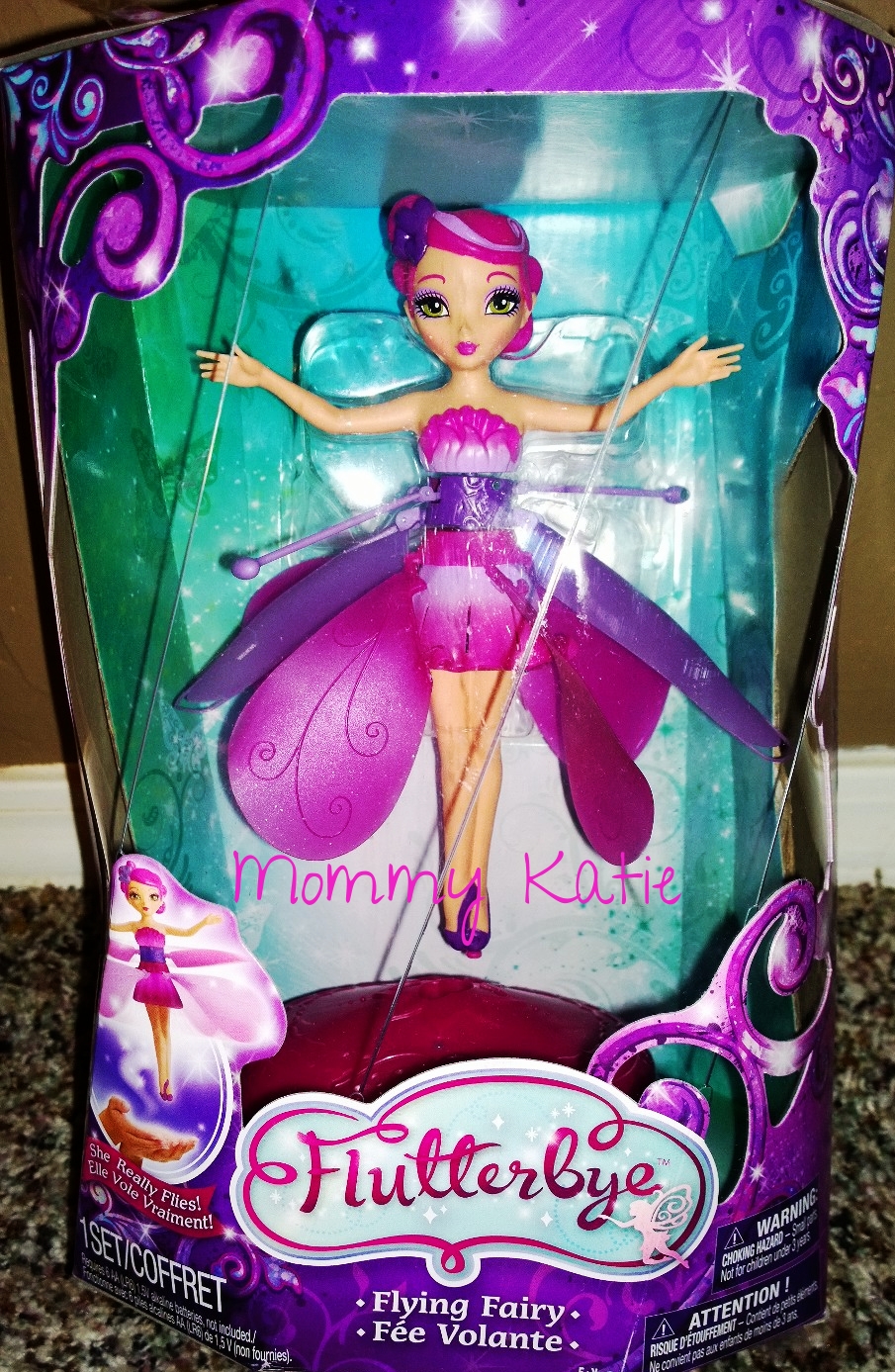 Another great product from the Spin Master family of toys for girls is the Kawaii Crush Hyper Happy Mall. Estrella and her friends can enjoy hours of fun with this playset, from shopping at the fashion boutique and trying on clothes to adopting, feeding and grooming that perfect pet at the pet shop. There is also a food court, a photo booth and a elevator for the Kawaii Crush girls to go to the different levels of the mall in. The girls from Kawaii Crush are very adorable along with their animal friends. Estrella and her friends love that they can add to their Kawaii Crush Collection anytime by getting the different characters and playsets as well! Now, it was great that Robert was able to find some fun Spy Gear toys to add to his collection as well as a new Air Hogs Helix, but Estrella kinda felt left out when it came to the electronic toys. So when I gave her Zoomer Dalmation from the pack of Spin Master toys, she felt like she had won the lottery! She was ecstatic to get the adorable robotic puppy. Zoomer is pretty cute, and he is also a lot of fun to play with. Zoomer can follow commands from his master, learn new tricks and remember the ones that Estrella teaches him as well as wag his tail, bark, speak, sing or go somewhere to pee if he thinks you are not giving him enough attention. He is so much like a real dog, and when you are interacting with him, he follows you with his eyes! Estrella loves that when she calls his name, he responds! Zoomer is also a very loving puppy and loves to play and have fun. I find it amazing on how this robotic dog can mimic the movements like a real dog. In all, we have found Zoomer to be a great addition to our family, and this year, when you are out looking for those perfect toys to put under the tree, keep Zoomer as well as all of these other great toys from the Spin Master line of toys in mind! 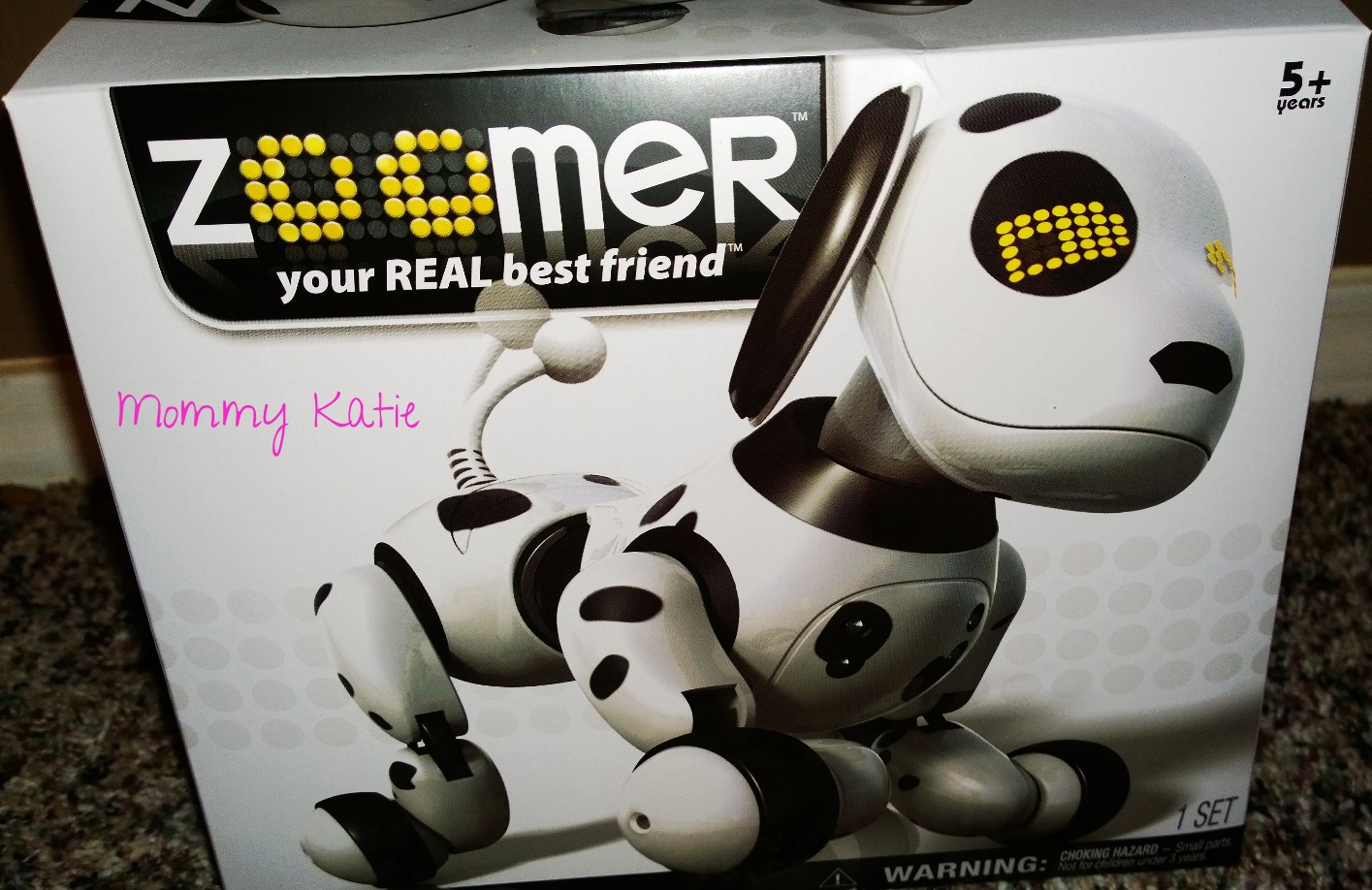