Potty training can be a stressful time for everyone involved. As a parent, we want to think that we can be a pro at the potty training and knock it right out of the park right away, but we all learn that it may not go as we planned. I know that with my older two, the potty training was night and day, there was a complete different mindset from when I potty trained my daughter to potty training my oldest son 6 years later. Of course boys and girls are different, but I thought that going in with the same mindset would make it easy, not the case. Robert knew what he wanted and he wanted to go potty in the big boy potty, but making it there on time was a whole other story. He tried, I put little potties around the house to help him out, but we had a lot of accidents. I mean with Estrella, when she was ready, it was a done deal. She said she had to go, we went, then it was time for the big girl undies, and that was that. Robert so wanted the big boy undies, but he had a issue with knowing when was the time to go. He would think he had to go then not go and we would wait on the toilet for a while, then a few minutes after he got up, saying that he did not need to go anymore, he went. We also had the issue with the fact that he rather play than stop to use the bathroom. Well, I know that this time around, I will take what I learned from my older two and apply that to the potty training with Wyatt. I will also have a whole new tool to use that I think will really help. I was sent a pack of the Potty Patrol Potty Training Alarm Diapers to review. This diaper system is genius, I mean, to have an alarm that goes off when the diaper gets wet, I am in love! For me, I know that if we had this for Robert, his potty training might have been a lot smoother, and I know that with Wyatt, I will be equipped well for the adventure in potty training with him! To have these diapers work for you and your child, you put them on your child, then when the alarm goes off, that means that your child has tinkled, which means you need to get them to the toilet. These actions together will help your child recognize the need for going and connect the two so that you can divide and conquer and put that potty training in its place! So, if you have a child who is ready to potty train, I would suggest you check out the Potty Patrol: Potty Training Alarm Diapers so that you and your child can have a successful potty training adventure! 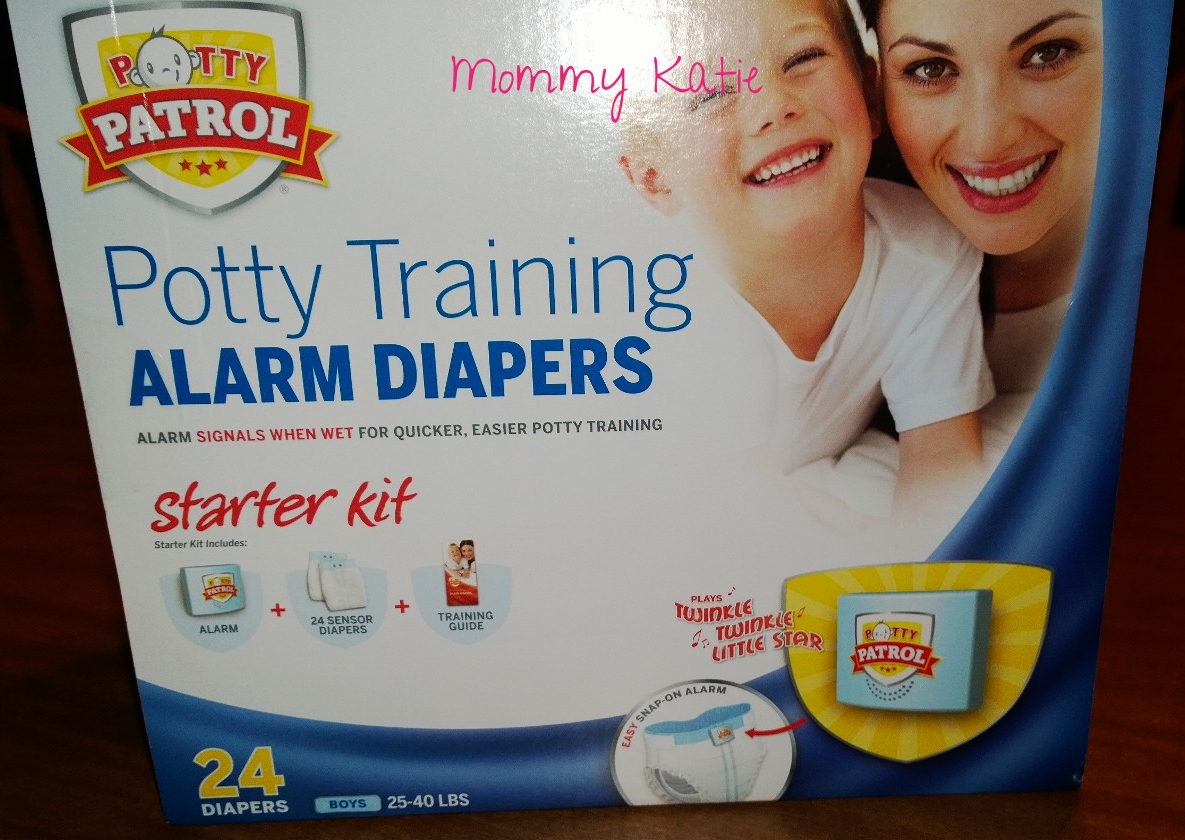