Being a mom, and having kids in school and a baby at home, finding snacks for myself can be a challenge. Sure I could indulge on those goodies from the local bakery, but it seems that when I do, I feel guilty afterwards due to all of the calories I consumed. I am always finding great snacks for the kids to enjoy, but finding a snack for myself, that will keep me from feeling guilty afterwards, is ideal, and it can be done! Recently I was sent some great snacks that are the perfect mommy on the go snack! I was sent some of the biscotti’s from Nonni’s Biscotti. These are perfect for me, since I am also a huge coffee lover. Being able to enjoy a great snack along with my coffee, and not regretting it five minutes later, is this moms dream! With the bicotti’s from Nonni’s, I can indulge in and enjoy a variety that range from fruity to the decadent chocolate covered biscotti, like the Turtle Pecan Biscotti. At only 110 calories, well this is a snack that this mommy loves!

I really appreciate that the Biscotti’s from Nonni’s come individually wrapped, which is perfect for putting in the diaper bag along with Wyatt’s snacks. I also love that there is a great variety, so say if I am not wanting the chocolate, I can go with the Cinnamon Raisin Almond Thins, which are only 100 calories! 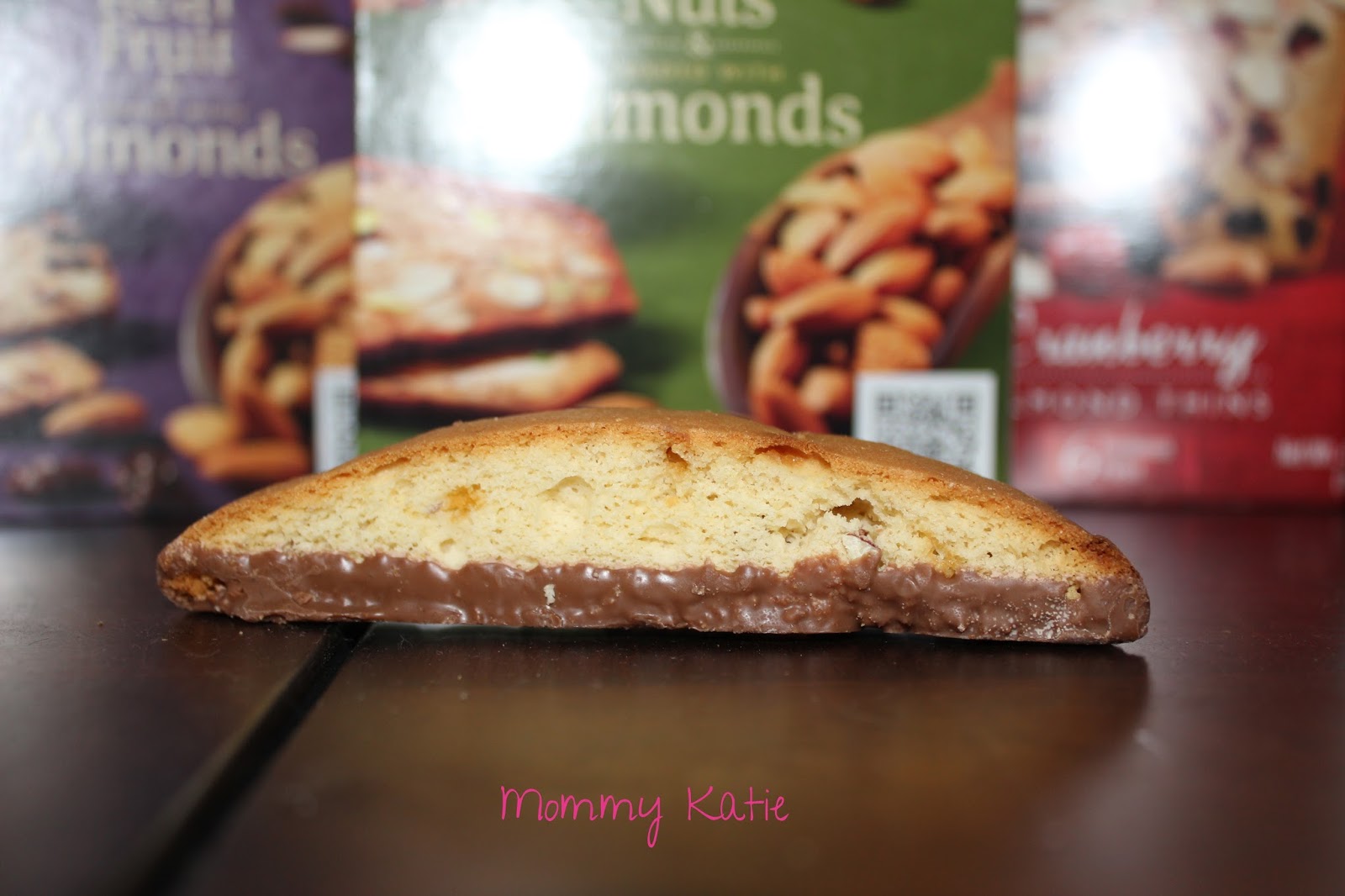 Aside from the great on the go biscotti treats from Nonni’s, there are also the Nonni’s Biscotti Bites, which make for a great snack while you are at home enjoying that cup of coffee, or for when you just want something to snack on that is not packed with calories. I find that not only are all of the biscotti’s from Nonni’s very tasty as well as guilt free when it comes to the calorie counts, but I love that I can stock up on the Nonni’s Biscotti at my local Wal-Mart as well as other stores in my area! So if you are looking for a great snack, that is not only tasty, but also guilt free for those calorie counters out there, then check out Nonni’s Biscotti! Well, the wonderful people from Nonni’s would like to give 5 of my amazing readers each a bag of the Nonni’s Biscotti Bites!