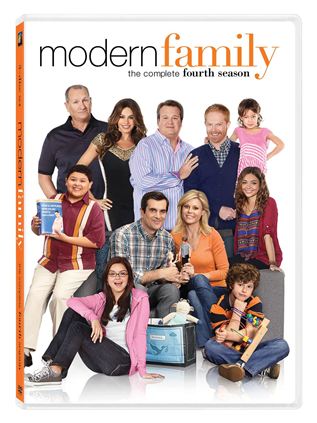 It is here and available to watch over and over again with your own family, yes, Modern Family Season 4 is now available on Blu-Ray and DVD! In this season you have Haley heading off to college, Gloria and Jay expecting their baby, the group find themselves facing surprises and challenges, all while they live their crazy, yet somewhat normal life. From the womb karaoke to the unwanted play dates and hot tempered hormones, the group finds a bond in all of the craziness that makes them the family they are! Aside from the group, you also get some great guest star appearances in season 4 from Shelly Long, Matthew Broderick and Elizabeth Banks! We have found Modern Family to be a show that we enjoy watching season after season, and having the fourth season on DVD for us to watch and laugh at over and over again, makes this a great addition to our collection of family shows that we have! On this DVD set you also get the gag reel, deleted scenes, the Modern Family writers and so much more!!! So if you are a fan of the television series Modern Family, then you need to head out today and bring home Season 4 on Blu-Ray or DVD today! 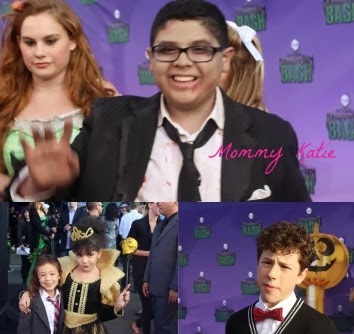 I got the chance to meet and interview some of the kids from the series Modern Family recently. I found each of the kids I met, to be some really great and amazing kids, and the one who really stood out was Rico Rodriguez, who plays Manny. He came to the event dressed as a zombie, and his explanation on the story behind his costume and how he became a zombie was priceless. Just like in the show, he is a character, and the kids who play Lily and Luke were also great to talk to! So make sure you tune in on Wednesdays on ABC to watch Modern Family, the winner of 3 Emmy’s and bring home Season 4 as well as the first 3 seasons!