When it comes to my family, we all have our likes in shows that we watch during TV time. The kids each have ones that they really like and they also have shows that they enjoy watching together. It seemed that for a while, with Wyatt being a baby and all, the kids did not really think about putting something on during our TV time that Wyatt might prefer. It was not until we added Baby First TV to our television line up, that we had found something that Wyatt actually enjoyed. I had decided to put Baby First TV on over the Summer, when the kids were outside playing and Wyatt and I were inside playing. Wyatt right away found interest, and his first favorite show was “Peek-a-Boo”. Wyatt would start clapping his hands when this show came on, and he would play along with the character and play peek-a-boo. Well as the months have gone on and Wyatt has gotten bigger, he has found other shows on what we now call, “Wyatt’s TV”, like “Tek” and “Tilly Knock Knock”. Wyatt and I enjoy watching these shows together and following along, interacting with the characters and having fun. We love watching and playing along with “My Gym at Home” in the mornings, and dancing around to “The Notekins”. Aside from these great shows that come on in short 15 minute blocks or less, Wyatt has found a show that he loves above all of the rest, one that he gets so excited to see when it comes on, and one that will capture his attention for the entire time it is on. This show is “Harry The Bunny”. Recently we were sent the “Harry The Bunny” DVD to review. For the first day, after the DVD arrived, Wyatt would not let me open it, he carried it around, so excited that HE had his own DVD, with his favorite character on it, just like his older siblings! Since we allow the kids to choose movies and shows to watch on our family movie nights each week, we decided that since Wyatt now had a DVD of his own, we would watch “Harry The Bunny” on our family movie night. I do not think I have seen Wyatt so excited over something before. When we told him to get his “Harry The Bunny” to put on for everyone to watch, he ran to the movie shelf and grabbed it, then ran back to us and actually let us open it this time. 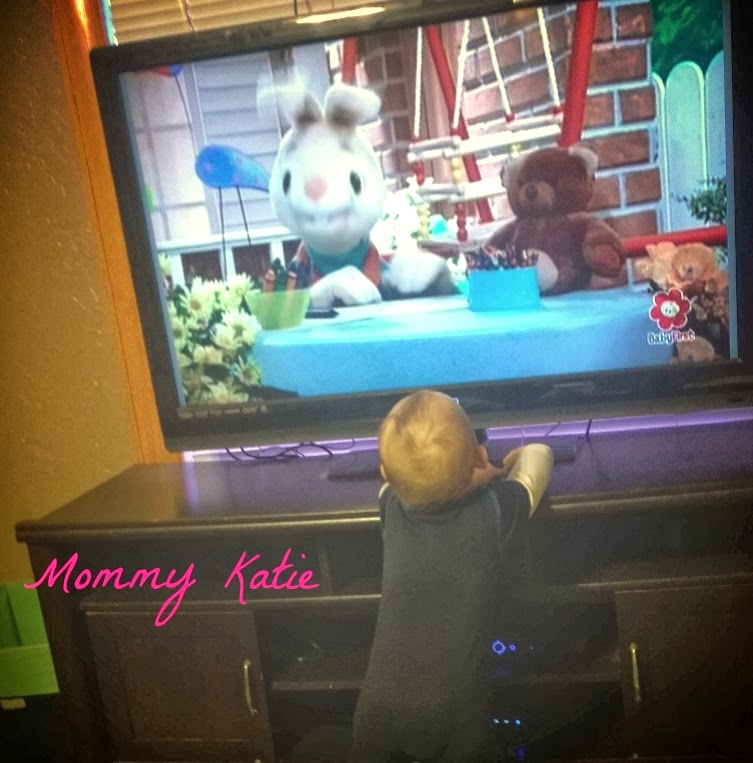 As Wyatt watches Harry The Bunny, he gets to explore along with Harry as he takes him on adventures and explores his curiosity. Harry’s adventures are ones that familiarize babies and toddlers with daily routines like brushing teeth, eating healthy and more! Wyatt loves learning and playing along with Harry as Harry questions things and explores the world around him, which is similar to the world of a baby and toddler child! Well, the wonderful people from Baby First TV want to help your little ones explore and have fun with Harry too by giving one of my amazing readers their own Harry The Bunny DVD!