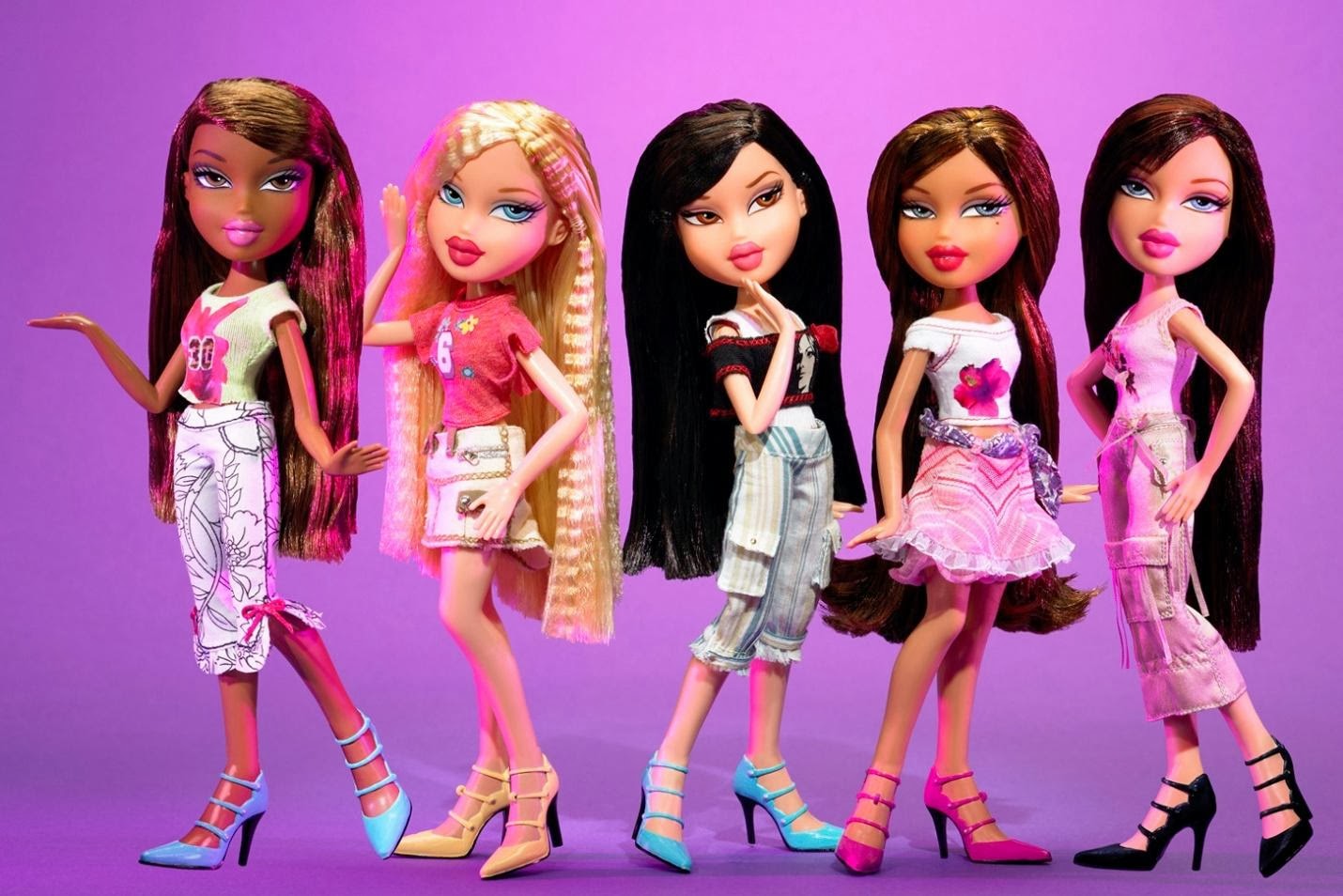 First
released in 2001, the Bratz dolls have become a young girls fashion
doll wonder. At first believed by many to be a short-lived fad, they
have proven to have maintained their popularity among the young for a
number of years.

The Bratz
dolls are fashion dolls for young girls. They have very large heads
and doe-like eyes. They are super slender, and sport heavy made up
faces and fashionable clothing. Some claim that they give the very
young a false sense of what beauty is supposed to look like.

The
Growth in Popularity

After a very
slow start their first season, in 2001, these dolls began to grow
rapidly in popularity. Their sales increased to the millions,
increasing to 2 billion in 2006. The movies, TV programs, videos and
games helped market them to increase sales.

There was a
lot of controversy over labor practices in China where these dolls
are produced. Long hours, substandard conditions, low pay, and forced
hours were all brought to attention. This caused some United States
companies to question whether they would buy them. Labor conditions
were resolved satisfactorily and the line continued to be produced
and marketed to U.S. companies.

Many legal
issues have surrounded the design and production of the Bratz
dolls. These issues threatened to stop the
forward movement of this line. However, in spite of trials and
appeals, all legal issues were resolved. The ownership of the design
was in question and copyright infringement were both parts of these
legal issues. Once these concerns were resolved, the line took off
with a bang.

There are
movies, videos, TV shows and games all involving the dolls. These
have all help to increase the popularity and sales of them. The
episodes place the Bratz dolls
in many exciting situations and adventures. Critics, however, claim
they give mixed messages to young girls and are shallow and
uninteresting.

Additional
issues through the years include babies, siblings, and accessories.
These all helped, as well, to add to the overall sales figures. In
addition, they make the dolls more appealing to the young person’s
imagination.

The popular
fashion Bratz dolls have very specific, unique features.
These features appear to be setting standards for fashion dolls or
the younger set of girls. These features include super large heads,
extremely large, brightly colored lips, and large, almond-shaped or
doe like eyes. Each has heavy applications of eye and lip makeup.
They also come with any number of fashions that appeal to modern
young girls. They feature bold, bright colors and prints, and styles
that mimic current clothing fashions of the day.

The many
selections of designs, hair colors, and accessories make these dolls
very collectible, making them an excellent gift idea.

Ginger
Gautman has collected Bratz dolls since their very inception. She
writes about them in articles and blogs. Here up-to-the-minute
information will keep you informed a new developments and releases.