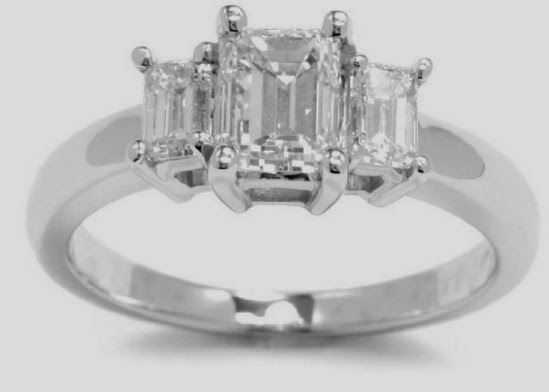 After reading this article, you will never set foot in your local jewelers again, which is a bad thing for them, but a great thing for you, because you can get any type of jewelry you can imagine for less than half the regular retail price, if you know where to look.


The first and most obvious way to find a bargain ring, watch, necklace, or anything like that is to buy it secondhand. You only need to take a trip to your local pawn shop, and you get a choice of many varied items for somewhere around half the price of what it would be if you had bought it new.


They pay the original seller about a quarter of the price, so they can make a decent profit when they sell it for half.. There is almost always nothing wrong with their jewelry items because with expensive items, they go over any flaws literally with a magnifying glass.


Depending on how much you plan to spend, it might make you a little uncomfortable buying such an expensive item without having seen it in person first.


The thing is, you save so much from buying online in the right place that you could buy more than one if you wanted to, even a handful of them.


There is obviously eBay, which is probably the best place to look for a good bargain on a secondhand ring if you have the time to try to get the winning bid at an auction.


eBay is trustworthy to a degree, because there are small amounts of customer protection such as the rating system, and the same with Amazon, but you might be better off buying direct from the factory.


You can save large amounts on the price of jewelry products, (and anything else), by going directly to the source where it was made, so long as they sell directly to the public.


You can get amazing discounts on diamond jewelry from a site like It’s Hot.com, a New York based factory outlet who sells tens of thousands of different products at up to 80% off the price you might find the same thing for in any other jewelry store, (who they sell to).


The prices are amazing already, but you can also get a further 5% off by liking and sharing their Facebook page. For a $10,000 ring, that’s an extra five hundred dollars off the already discounted price, just for clicking a couple of buttons on Facebook. Crazy isn’t it?


Due to the fact that diamonds and gold pretty much cost the same amount no matter where in the world you buy them, based on their weight, the only way you could possibly get a cheaper price is if you found a huge jewelry manufacturer in China.


There is a site I sometimes use to buy things in bulk from China, and that’s Ali Baba, but I wouldn’t buy diamonds there, it’s just too much of a risk, because they have different standards for verifying the authenticity of jewels in China compared to the US.


So in conclusion, the best ways to get an engagement ring for your partner are to go to a pawn store, or check out eBay, (which is like an online pawn store), or to go to a factory outlet site like It’s Hot.com.


One of the rings I saw on their site was worth seven hundred and fifty thousand dollars! Another was worth sixty nine dollars, so they have a very wide range available.


The other issue, (if it is an issue at all), is whether you should be thinking about saving money on such an important day as your wedding day. Some women might take it as a sign of being cheap if you took her to a pawn store to try on rings.


To be honest, if you do need to think about saving money, and you’re with a woman who expects diamonds at full price and would make you fell bad if you can’t get them, then you don’t belong together.


A diamond ring is a diamond ring, and so why not get the same thing, in the same size, for less than half the price? Those thousands of dollars would be better spent on saving for your children’s college funds. 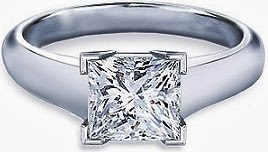