It’s getting to be that time of year
ladies. It’s the biggest game of the year, where the two best teams
in all of football get together and slug it out for the right to hold
the Lombardi trophy to the masses, and 4-5 hours of the biggest stage
in television – and I could not care less. The Super Bowl is more
of a social event than anything. Sure the game is part of it, but the
advertisements and showy music performances are also a large part of
Super Bowl Sunday. While some ladies enjoy tagging along (or even
enjoying) this particular Sunday each year, many certainly don’t.
That’s why ladies should think about throwing a party of their own!
Anti-Super Bowl party is way too snarky, so let’s call it the ASB –
alternative to Super Bowl.


Finger Foods without the Dudes

While fried chicken wings, onion rings,
and sausages are always a tasty treat sometimes those fatty or fried
foods aren’t so compatible with our New Year’s health-related
resolutions. Leave that to the guys. For the ladies, here are some
ideas that are no less mouth-watering but much better for our bodies.
The two dips are better served as appetizers but the bottom three are
more of an entrée-appetizer hybrid which can be used either way:

Flicks just for us Chicks

Eating tasty foodstuffs and watching
comical films are both staples of a fun party for the ladies. But
throwing in a little production can help prevent this little
get-together from being one of those ‘Need to check my Facebook
every 5 minutes’ types of parties. Get your hands dirty and try
some of these cutesy ideas that can be used as a future present or as
a temporary throw-away. Here are a few fun ideas, get in touch with
me if you’d like to learn how I did mine! 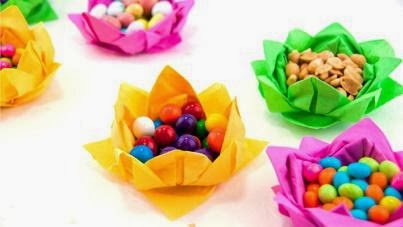 Since Valentine’s Day is close to
Super Bowl Sunday, use a ladies’ party as an opportunity to do a
little bit of work so that by Thursday night the 13th, you
won’t be scrambling and worrying about what you’re doing for your
significant other. Plus since many of us are in sort of a gray area
when it comes to watching the Big Game (don’t hate football, just
aren’t that into it), organize a fun-filled fiesta that utilizes
your creativity to the max!