Being a mom, I find that I do enjoy making meals to put on the table for dinner. There are plenty of times, where I will get the menu planned out, get the items for cooking, then find that after everything is said and done, I do not have the time to thaw out the meat in order to get the meal put together in time, and I end up putting it off until the next day. For me, I like to have a variety of tools to cook with, and one that I have wanted for some time, that can help me make meals, and cut the cook time, is a NuWave Oven. I have seen the infomercials on them, and I have also seen them work first hand at friends houses, but until recently, I had not had the chance to try one out for myself. Recently I was sent a Digital NuWave Oven to review from BrylaneHome, and after being able to use it first hand, I am a believer! 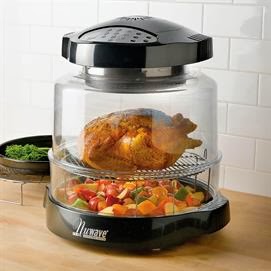 I mean, I have seen where they claim that the NuWave can cut cook time, and where they say you can roast, barbecue and even bake, all using the NuWave, but it was not until recently, was I made a believer!! When my Digital NuWave Oven came in, I found that the first thing I had to do was roast a chicken with the vegetables, all at the same time, and in less cooking time! I mean, I was able to put a frozen chicken and even fresh cut vegetables, in my Digital NuWave Oven, set the timers, and get a fully cooked, and very tasty meal on the table in just about half the time it would have taken had I cooked the meal in my oven! From there, I wanted to see how some burgers would turn out using the NuWave. I found that I could put 8 nice sized patties on the rack, and within about 20 minutes, I had all of the burgers, fully cooked and ready to serve! My husband was amazed at how, even the patties that I placed in the middle, were fully cooked through, just as the rest were, and we were both impressed on the time it took to cook the burgers. Aside from grilling and roasting, I found that there are so many things I can do with my Digital NuWave, from baking to dehydrating and so much more! Having a Digital NuWave Oven in my kitchen has made cooking so much easier and has been a lot of fun to own! So if you are looking for a machine to use in the kitchen for cooking, grilling, baking, roasting, dehydrating and more, that also cuts your cook time up to 50% and uses up to 70% less energy than your other cooking appliances may use, then head on over to BrylaneHome today and get your own Digital NuWave Oven today! Well to help with some of that cooking in your home, the wonderful people from BrylaneHome would like to give one of my amazing readers their own Digital NuWave Oven! 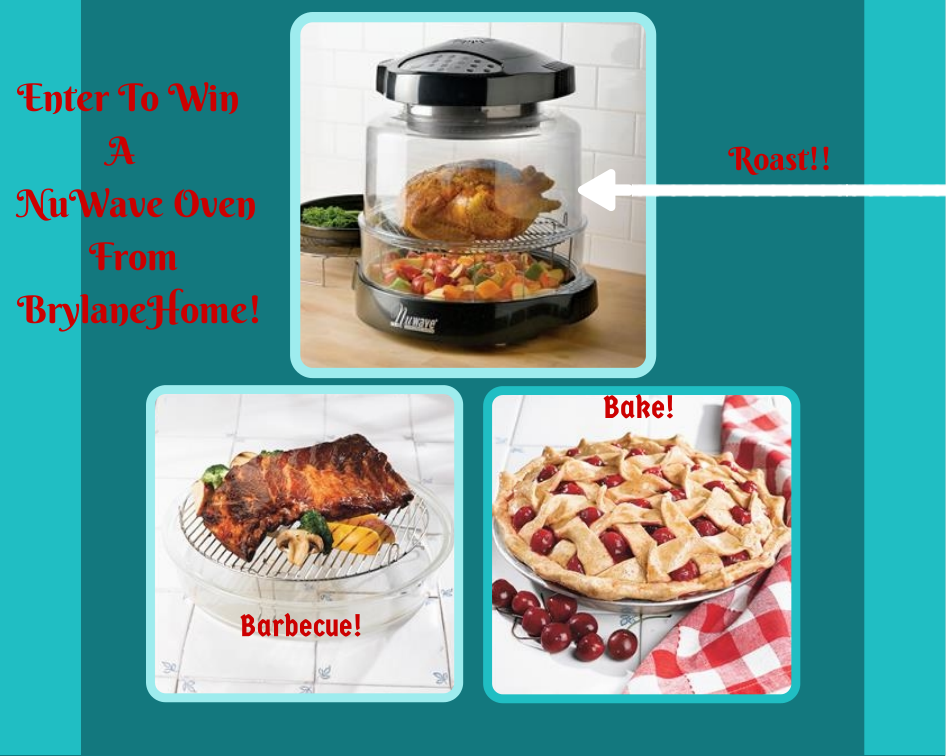