In our house, my kids enjoy their game time, and one game that both my husband and the kids like to play together is the Skylanders game. We have collected the many characters for the game and over time, we have gathered quite a collection of the Skylanders SWAP Force characters. One of the things that Robert has done while he plays his games, is nickname his different characters. Sure they have their own names, but I think he finds it easier to identify which character is which by having a nickname for them. Well recently we were told about a contest that is going on for Skylanders fans. With this contest, the people from Frito-Lay and Skylanders have teamed so fans can enter for the chance at winning a $100,000 scholarship, all by naming the a character in the new Skylanders game that will hit shelves later this year. The contest is open now through March 21, and fans have the choice of naming one of the three heroes, then submit the name and their inspiration behind the name they chose! Then, in May, three entrants will be chosen, and fans can vote to choose who will be the winner!!! To enter, just go to fritolay.com/skylanders.com. Aside from the amazing contest, you can find some great coupons in the snack isle on specially marked Frito-Lay products, to use to buy Skylanders products! Also, keep your eyes open for the specially marked Frito-Lay variety packs, which will have a $5 off coupon for the Skylanders SWAP Force Starter Kits! Well to get those Skylanders fans in your house a treat, the wonderful people from Activision are going to give one of my amazing readers a Frito-Lay & Skylanders SWAP Force Prize Pack!!! 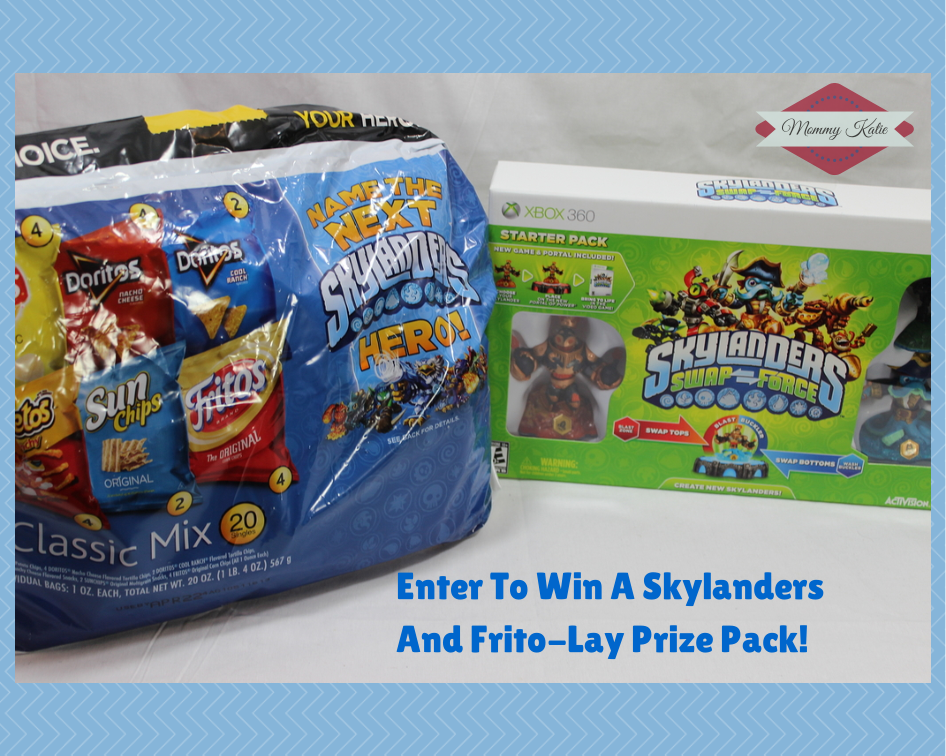