Disclosure: The information and prize pack have been provided by Old El Paso® through Platefull Co-Op.

Dinner in my home can be a challenge at times. I mean, between the schedules we have, and the fact that I have kids who can never seem to agree on what they want to eat, I find that there are plenty of nights where I am running around trying to figure out what I will serve my family. I think when it comes to tastes, one thing my whole family can agree on is that we love Mexican food. From taco nights and enchilada nights, I have found that when I go with certain dishes, I can not seem to go wrong. Now even though these dishes are a favorite, I may not always find the time to prepare the meals, so you can guess that my family and I were excited when we were told about the new Old El Paso Frozen Entrees. When our coupons came in, I was excited to head to my local grocer and purchase some of the entrees they had in the frozen foods isle. Knowing that enchiladas are a favorite dish in my family, I knew that I could not go wrong when I decided to give the Old El Paso Chicken Enchiladas a try. 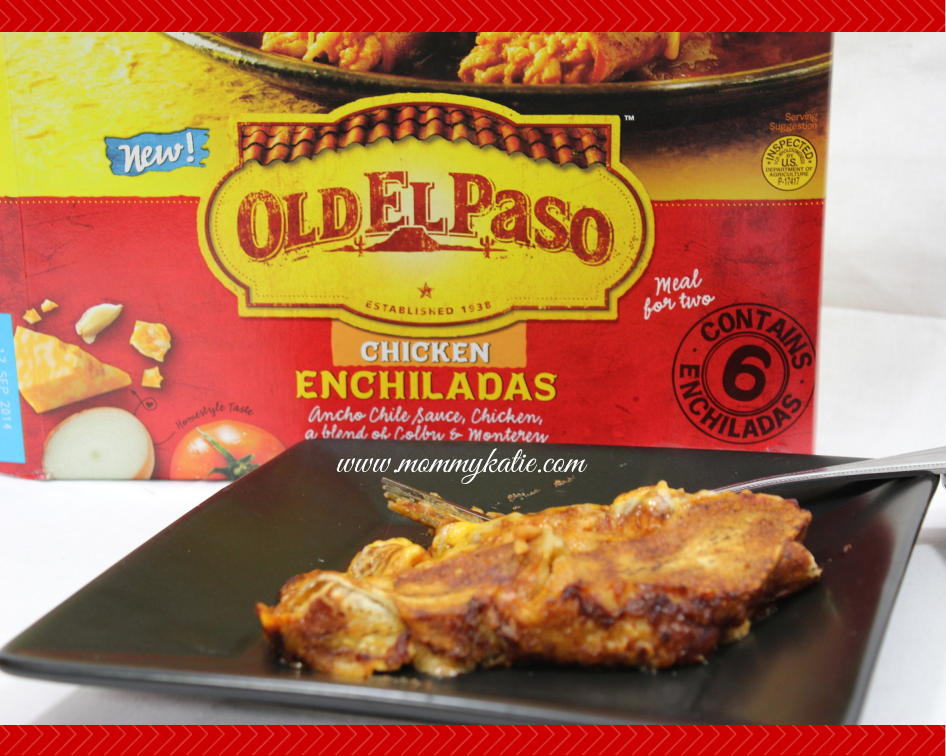 With the Chicken Enchiladas, I was not only pleased by the amount of food that was in each package, but I also found the cook time to be a great plus, especially on those busy nights in my house. The next test was the big taste test, and since my oldest son is a picky eater, I wanted to know what his thoughts were. When he finished what I had served him without having to be asked, I knew that I had found a meal that would make it to our list of family faves! In all, we enjoyed the new frozen entrees from the Old El Paso line of products, and I was surprised that all of the flavor I got from the dishes came from a frozen entree! So the next time you are looking for a great meal to serve the family, head to your local grocer and bring home any of the 8 dishes from the Old El Paso Frozen Entrees to serve to your family!

The information and prize pack have been provided by Old El Paso® through Platefull Co-Op.