We were given tickets to enjoy a day at Universal Studios Hollywood. All opinions are my own. 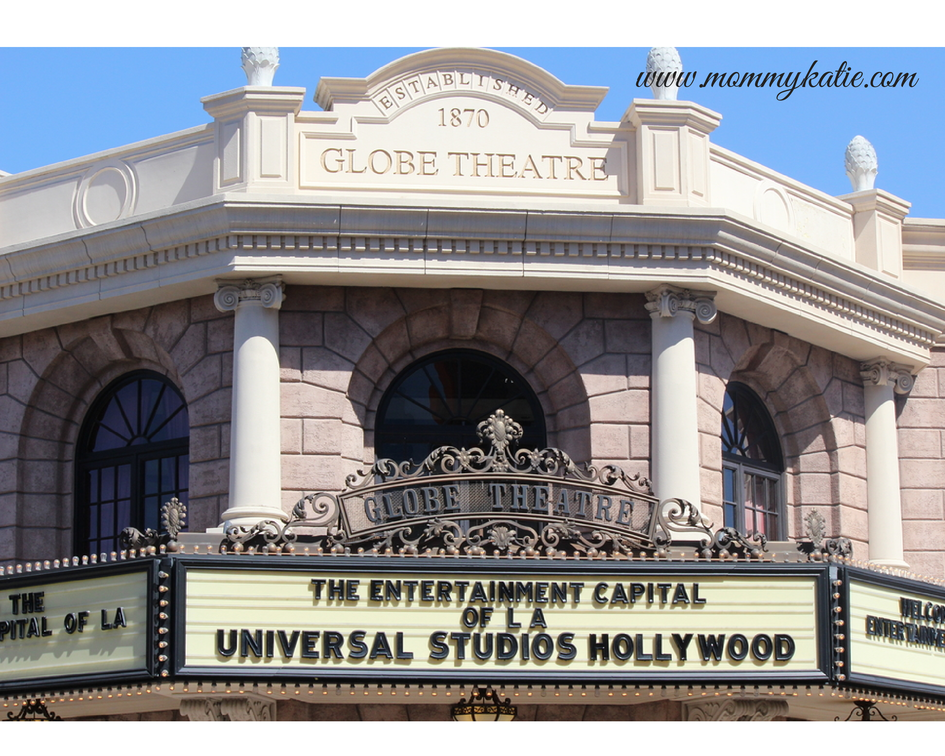 With the summer break here, we have found that insuring we keep the days filled with memorable things with the family, is how we can take advantage of the family time we get during the break! Recently we were given the chance to head to Hollywood California, to watch a live taping of one of our favorite shows, Family Game Night, that airs on the HUB Network. Since we were going to be in Hollywood for a few days, we wanted to take advantage of our time there and check out some of the attractions. One attraction that both my husband and I enjoyed visiting when we were kids, and had been wanting to take our kids to see was the Universal Studios Hollywood Theme Park! So when we were given the chance to do a park review, we were very excited to share the experience with our kids!

We were given VIP Front of the Line Passes to the theme park for a day! The kids said having those front of the line passes made them feel special. Not only were we all given some pretty cool badges to wear while we were there, but those badges gave us front of the line priority on the rides, so the kids felt as if they were cutting to get on the rides. 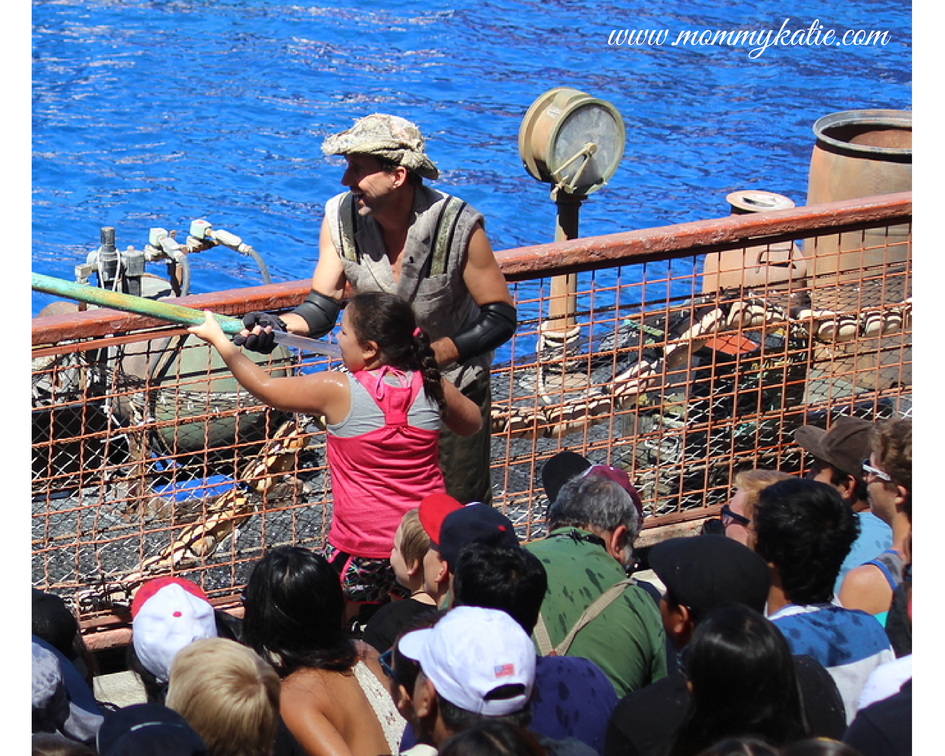 When we first got to the theme park, we decided that we had to check out the maps we were given at the gate, and plan out our day. We first went to visit the Waterworld Live Show, which was amazing. Not only did we watch the show, but Estrella got to be a helper, spraying some bad guys with water during the beginning, which was pretty cool! With the stunts and audience participation that is involved, we found the shows at Universal Studios to be a must see when visiting. 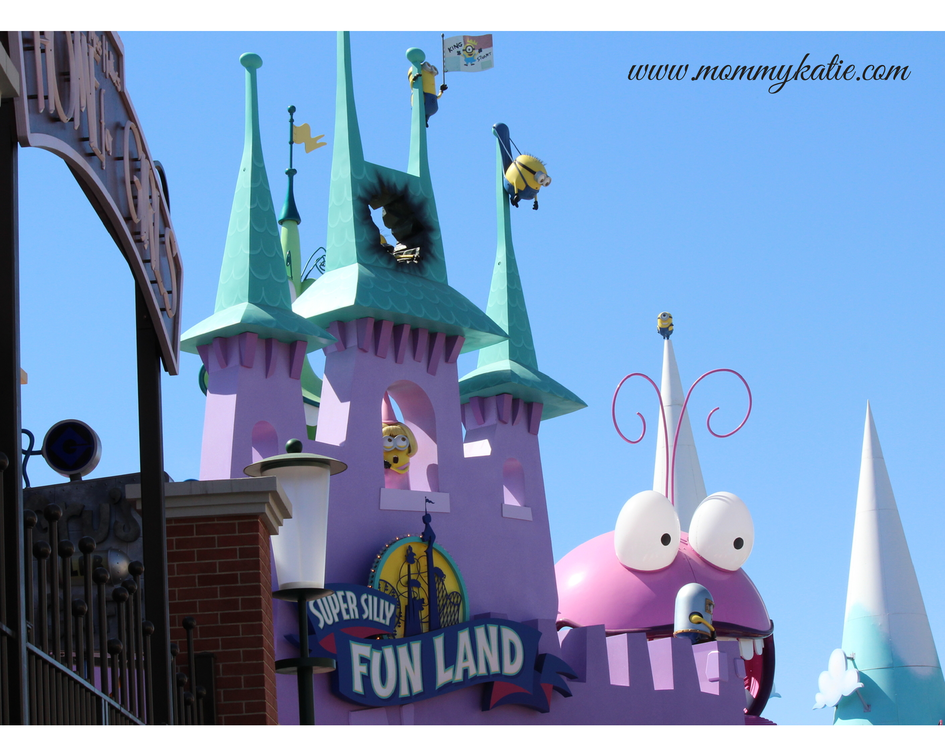 Then of course you have the rides, which are all different, and all a must as well! One of the sections the kids said they had to see, and explore every bit include meet some of the characters was the Minion Mayhem and the Super Silly Fun Land! We not only had fun riding the Minion Mayhem ride, but we got wet in Super Silly Fun Land, and the kids were starstruck when they got to meet a minion! 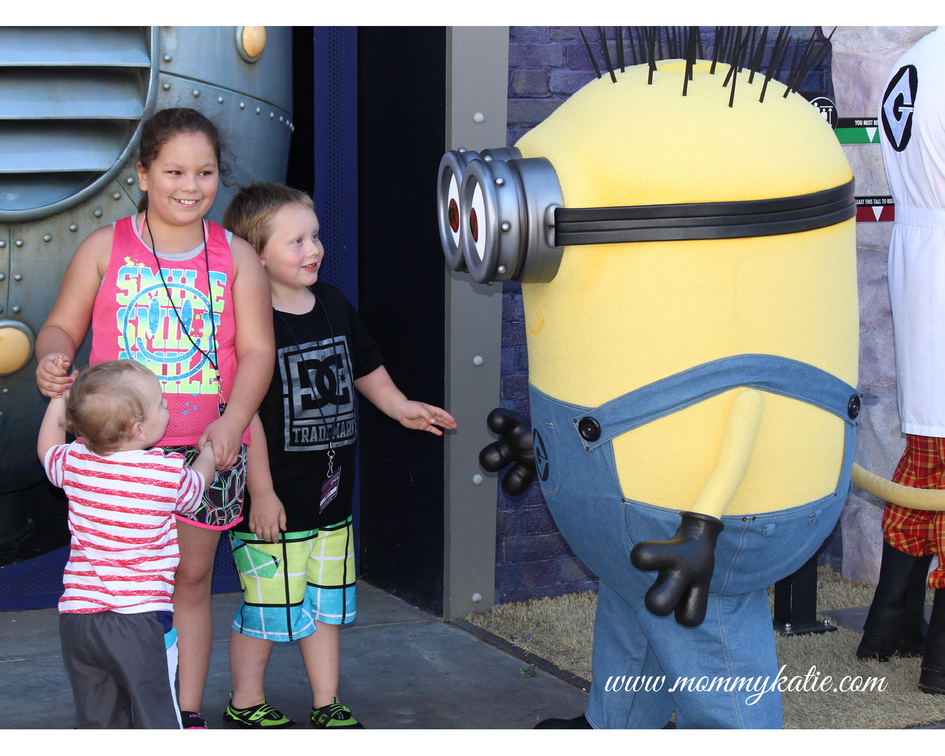 From there, we had a day filled with fun, and lots of memories that we made and took home with us! We of course went on that infamous Jurassic Park Ride, and just as my family did when I was younger, we got a ride picture taken, so we could take it home and put up on our mantel to remind us of our vacation! We found that in one day, we were able to do so much, include enjoy some tasty treats.

Also aside from the adventure we had as a family at the Universal Studios Hollywood Theme Park, we also found the Universal City Walk area to be enjoyable with lots of restaurants and shopping to be done, and staying at the Universal City Hilton Hotel, was ideal, not only for the area that it is located, but we were able to take a shuttle which took us to the City Walk, and back to the hotel, which also runs several times a day! We also found the view from our room, to be perfect, so in the evenings, we could see Universal Studios lit up, which was a pretty neat site, making our trip to Hollywood a very memorable one!

So if you are looking for ways to make memories with your family this summer, be sure to head to Universal Studios Hollywood!

Thank you to the PR group for providing myself and my family with not only passes to Universal Studios Hollywood, but also giving us memories that we were able to bring home this summer! All opinions from this post are my own!