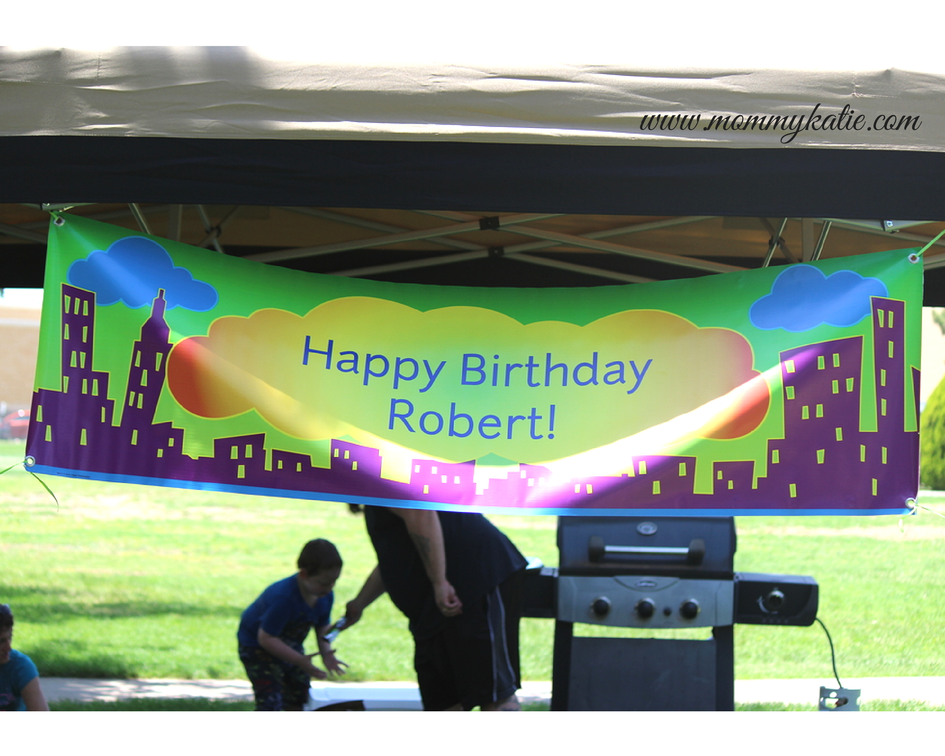 There are so many things to put into place when it comes to planning a birthday party, and one thing is figuring out what theme to go with when it comes to the kids parties. Robert just celebrated his 6th birthday, and for him, well, trying to decide on one theme for his party was hard for him. He has several characters he likes, but for the main theme of his party, like many other little boys, he wanted to go with a Teenage Mutant Ninja Turtles party!

With the new movie coming out later this summer, Robert has found that he not only loves the show, but that he is very excited for the new movie to hit theaters. Well, to help with kicking off his birthday, with a little Turtle Power, we were sent a great birthday party pack from Birthday Express!

With this pack, Robert was able to decorate his table with Teenage Mutant Ninja Turtle tableware for he and his friends to use during the party! He also liked that we could personalize his party with a fun, personalized birthday banner, which we hung up so guests could know where the party was at!

Also, with green being Robert’s favorite color, we found the entire pack to be very green, and perfect for my ninja in training! I like that we could get enough tableware for all of his guests, with the 8 pack, giving them each plates, napkins and cups to use while we celebrated and ate, and the fun Teenage Mutant Ninja Turtle masks, were a great addition to this party, making it so that Robert and all of his friends could disguise themselves as their favorite Teenage Mutant Ninja Turtle characters, and making his party a great success!