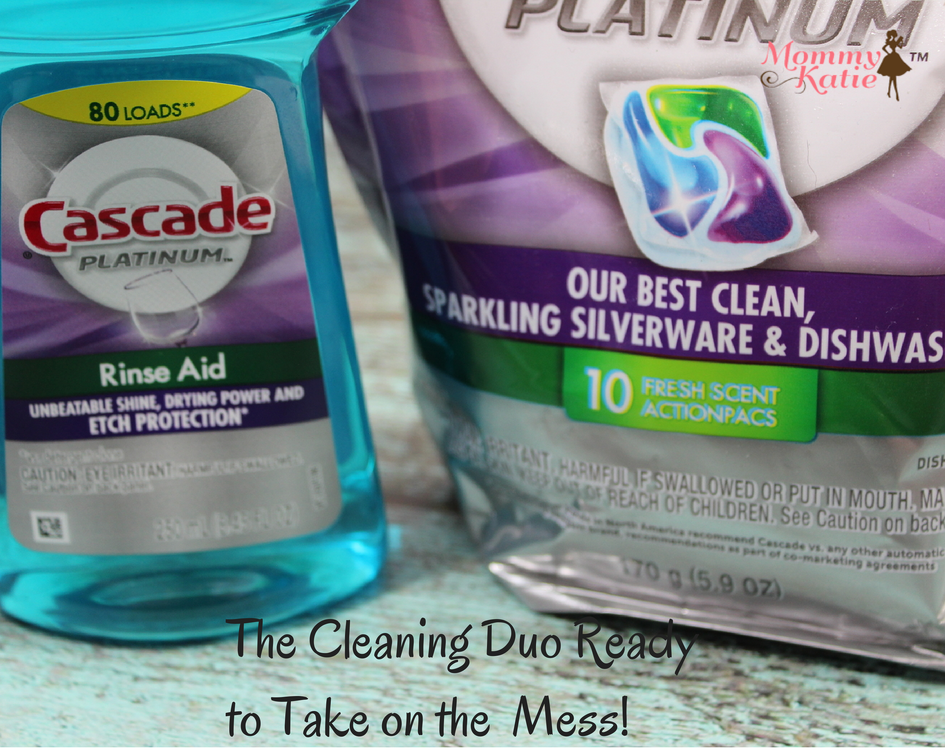 The new school year is here, and like many homes out there, we have the foods that we prepare, and finding that with the new school year, there is less time on our hands to use for cleaning up those messes. Like many homes, there might be a day where the dishes from the night before, do not get put into the dishwasher until the next day, and that is when I find time to tackle it. And like many homes, when those moments happen, I dread them, knowing that I will have to prewash my dishes before putting them in the dishwasher and even soak some in order to get them clean. Well, to help celebrate the end of summer, and the survival of the first week of school with our friends, we had a little party, one to teach others how to relearn how to do the dishes. This party was put together, not only by myself and our friends, but by the people from Cascade, who want to show people, that doing the dishes can be made a lot easier on everyone!

To get the party started, we made some, extra fudgy brownies, ones that are really sticky, and since we made them the night before the party, they settled right into the pan we made them in. In the picture below, you can see for yourself, the brand new pan, shinning and ready to be used, then the freshly baked brownies pic, where you can see, they are nice and baked, ready to be eaten the next day for our party! Creating a nice baked in mess for the guests to see! 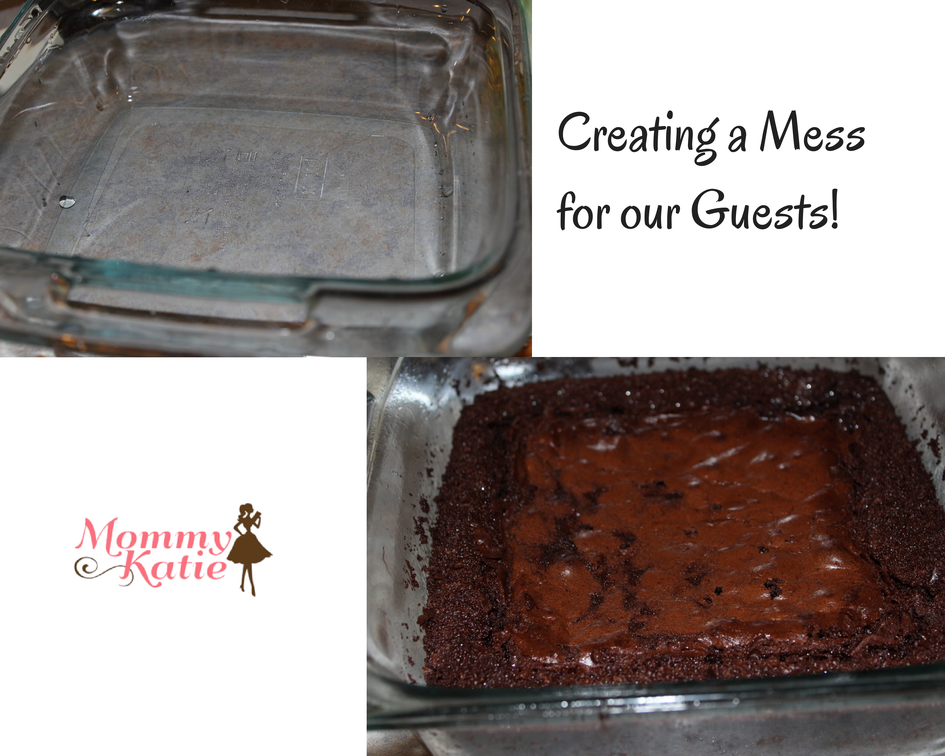 Then for the next day, we decided we would make some good and messy, homemade cream corn with bacon, since it was a side dish that had been requested by our guests, along with some mac n cheese (recipe courtesy of The Pioneer Woman), and some barbecued ribs and chicken that we went and picked up at the store! We made sure we had our guests dirty up a whole lot of dishes, instead of using the disposable tableware that we use for most parties.

Once the messes had been made, instead of rushing to clean up, and start rinsing off all of the dishes, we wanted to ensure the dishes were messy, and also had some caked on food on them. So we decided to do a little relearning on how to do the dishes with the Cascade Platinum cleaning products! Now most believe that in order to get your dishes clean, you need to prewash your dishes and even soak the ones that have food that is good and stuck on there. But, after our little education session with the information we were sent from Cascade, we found that the way we thought we had to get our dishes clean, was all wrong. In fact, we all learned a lot about dishes, and how to clean them, as well as a lot about our dishwashers, that we did not know.

With the Cascade Platinum products, you do not need to prewash, let me repeat that just in case you missed it, but, YOU DO NOT NEED TO PREWASH! In fact, with the enzymes that are in the Cascade Platinum, they are made to seek out that soiled, stuck on food, to get the food and grime off of your dishes, so the days of prewashing are long gone. Instead of the prewashing, the only thing we found that we can do is toss the large pieces of food in the trash or garbage disposal, but that is it, no other prewashing needs to be done.

We also learned that instead of the prewashing, for those of us who are worried about gumming up the pipes or ruining the dishwasher with food, we found that there are garbage disposals inside most dishwashers, which is something that the husbands did not even know! And those disposals, work just like the ones in our sinks do, taking that worry about ruining our dishwashers and gumming up the pipes with old food, out of the equation!

Well after going over this info, and discussing the surprise we all had about the no prewashing and the fact that some of our dishwashers have their own garbage disposals already in the dishwashers themselves, we decided it was time to get those dishes we set on the counters and in the sink, clean! I am sure our friends were just as curious as we were, to not only watch as I loaded the dishwasher with some pretty dirty dishes, but to see that I did not prewash any of them. As I loaded up the dishwasher, I went over some loading advice that I was given by the people from the Cascade Platinum Team, to share with our friends.

I showed them how I could load quite a bit, but I also explained how you do not want anything to block the sprayers that are inside of the dishwasher. Also, how when I loaded the bottom rack, that I put the bigger items down there, but that I also did not block the detergent chamber. I put the bigger utensils on the top, in between the coffee cup handles, and with the big dishes, I placed them face down on the bottom rack, so the sprayer could get the water inside of them, to get them good and clean! From there, I demonstrated on how to fill up the rinse aid chamber with the Cascade Platinum Rinse Aid. I showed everyone how on my dishwasher, there are 3 windows, which when filled, will let me know by turning a dark blue! 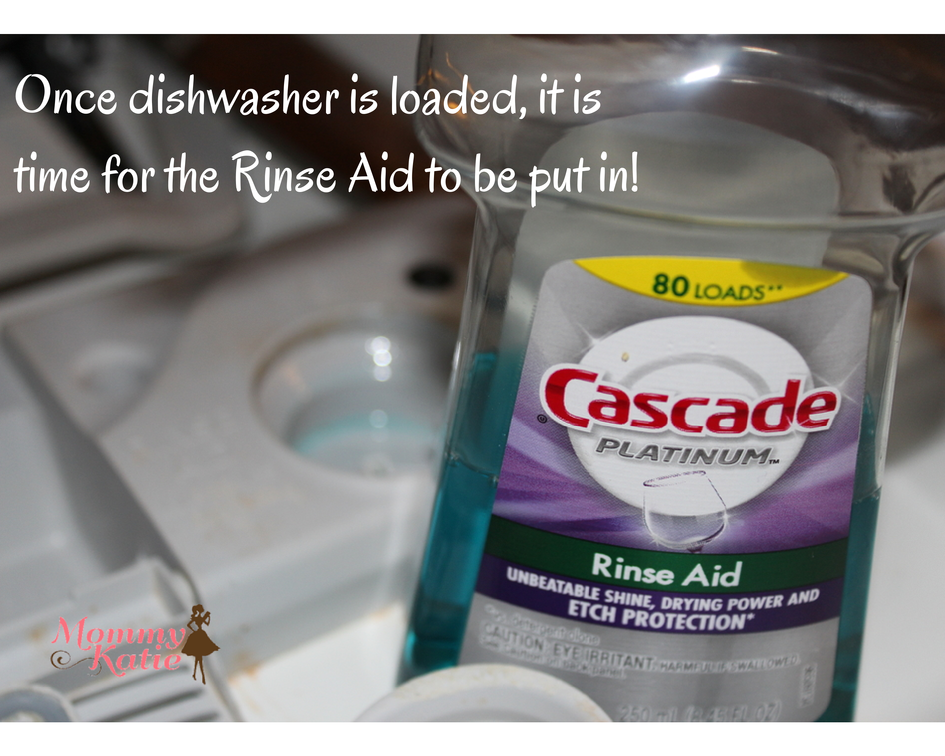 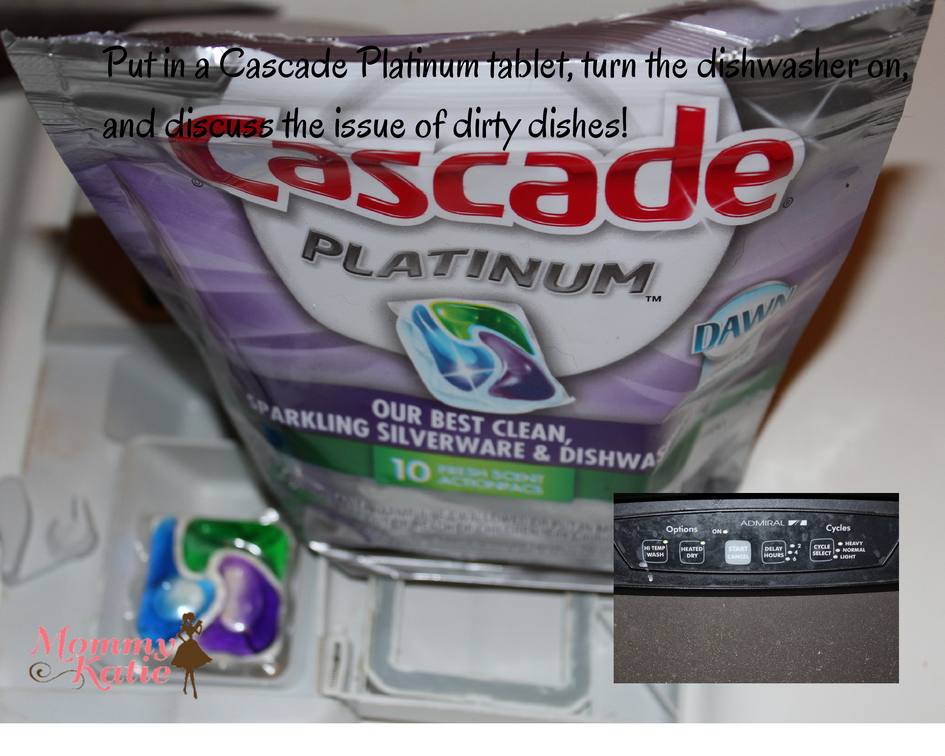 After having some fun talking about dirty dishes, about how there are plenty of times where we will leave some dishes in the dishwasher, to run through a few times before they actually get really clean. Or after prewashing, and running the dishwasher, finding that we have to rewash those glasses and silverware, due to them being spotty and not completely clean. We also decided that we would pass out the Cascade Platinum products we were sent to give to our guests to try for themselves once they were home!

Then, once our dishwasher was done, and had completed the washing and drying cycles, it was time to do the reveal, to see if the Cascade Platinum had done the job, and to everyone’s surprise, including my own, that once filthy brownie pan that we had placed in the dishwasher, was sparkling clean, looking just as shiny as it had before I used it for the first time! We also found the silverware, that had caked on food from eating and serving with, along with the plates, bowls, cups, and even the bigger dishes that we had placed in this wash, none of which had been prewashed, were all clean, and not just clean, but sparkling clean! 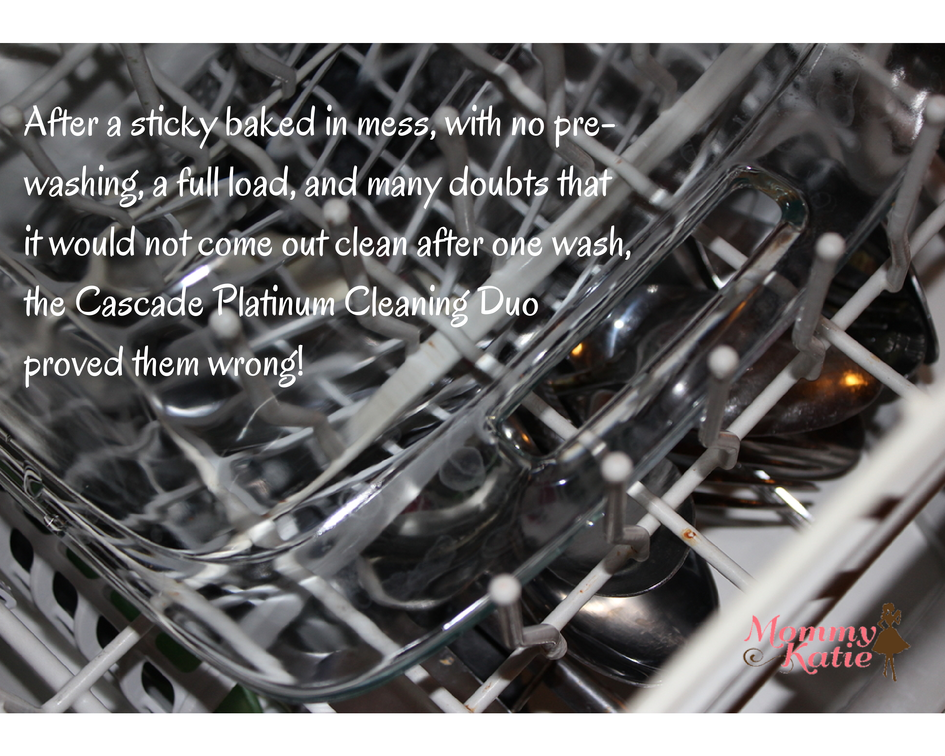 Making myself, and our guests, all believers in the fact that with the Cascade Platinum products, those days of prewashing the dishes, are far behind us! Well to help make you a believer as well, the wonderful Cascade Platinum Team, would like to send one of my amazing readers, a Cascade Platinum Gift Pack! 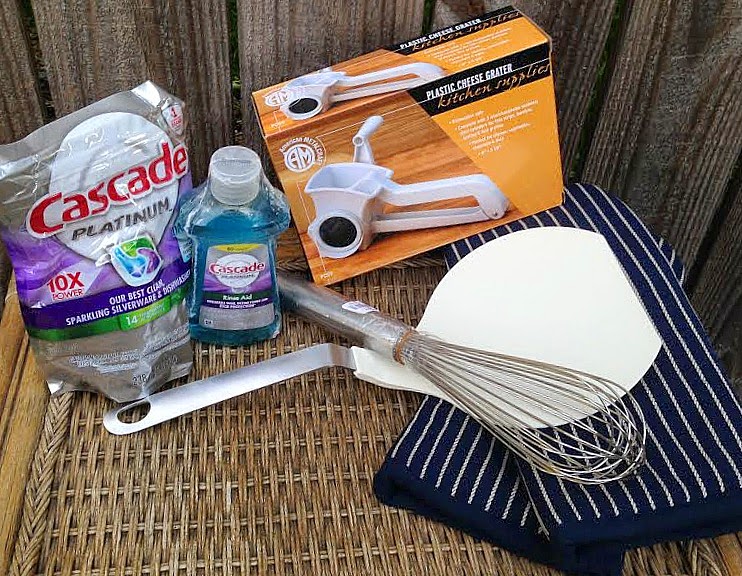 Have an opinion to share? Head to the Cascade website to leave a short review of Cascade Platinum (http://www.cascadeclean.com/us/cascade/review) including #CascadeShiningReviews. One reviewer will win a Kitchen Aid Dishwasher!


This review was made possible by Double Duty Divas and Cascade. I was provided the featured product free of charge to facilitate my review, but all opinions are 100% mine.