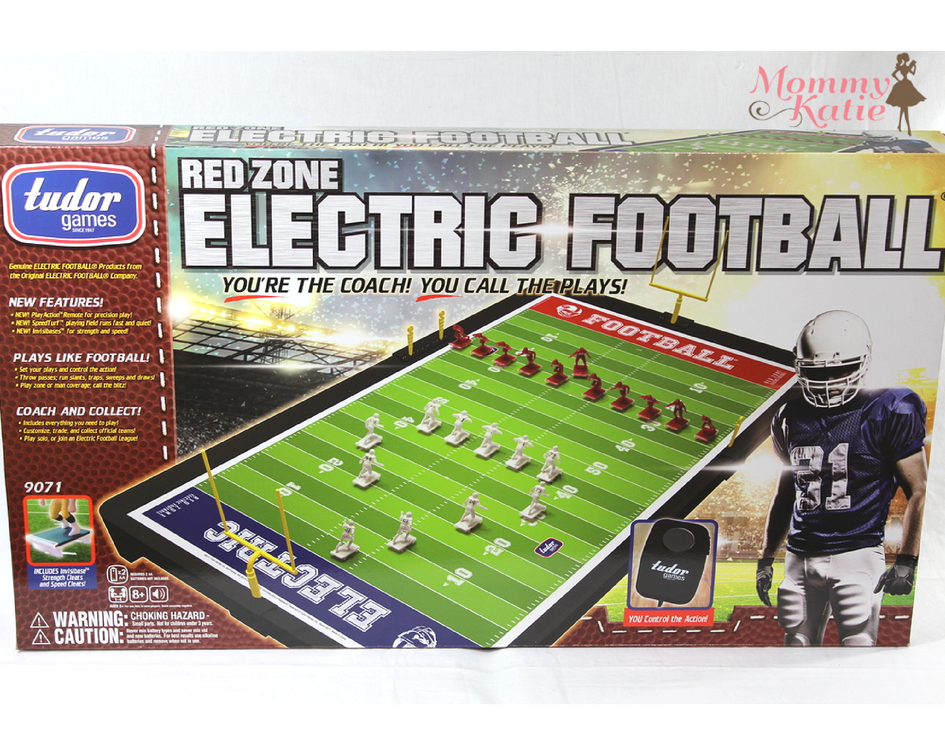 The pre-season is upon us, meaning time to pick your team, and get together with friends, relatives and neighbors, to watch as the teams gear up, and prepare for the big season to start. As in most homes, we enjoy a little healthy competition, where as the games air, we pick a team, root for that team, and enjoy watching as those plays are made to see if the team we chose will come out on top. Aside from having teams we pick for the pre-season games, and even during the main season, we also have those fantasy football and games that we play on our home gaming systems, that all help with getting everyone excited for the next Sunday to come around, and once again get together for some football!

Well, to help with not only getting everyone geared up for some Football, both during the games and in between games, we were sent a Red Zone Electric Football game from Tudor Games to review. With this game, we find that we can control how our game will go, putting us in charge and the coach in our own game. Allowing fun head to head or solo game play, with the 22 3D action figures who move independently on the fully detailed scale model SpeedTurf football field.

I like that when we prepare for guests to come over to watch a game of football, I can easily set the Red Zone Electric Football Game up on the table. I also like that when the game is being played, we can enjoy the game play as the offence runs plays, throws passes, and kicks using quarterback figures. Then, using the PlayAction, we can control the players speed and play, and with the INVISIBASE Cleat Technology, we can take complete control of the players, making the Red Zone Electric Game, a must have for any football fans! So with the pre-season here and the new season fixing to starts, entertain and gear your guests up for some football with the Red Zone Electric Game or the NFL Electric Football game from Tudor Games!

Product received, thank you to Tudor Games for supplying me with a product for this review, all opinions are my own.