Like many, we are huge Lalaloopsy fans in our house. Estrella has enjoyed collecting the dolls over the years, and when Lalaloopsy came to television on Nick Jr., she was excited to watch her favorite characters as they came to life on the TV.

At the beginning of the month, we were excited to tune into Nickelodeon for a Lalaloopsy-palooza, and watch the 1 hour premiere of the new Lalaloopsy Girls: Welcome to L.A.L.A Prep School. Well to keep that excitement going for Lalaloopsy fans everywhere, when they tune into Nick Jr as well as keep their eyes out for the new DVD to hit shelves, they will find that October will become Lalaloopsified!

Starting next month, Lalaloopsy on Nick Jr. will be premiering new episodes every Saturday, but in a new time slot. (See attached picture with time slots, and check local listings.)    In addition to our new TV time slot, we have a few other big October Lala-nouncements:

10/4 — To get you in the Halloween spirit, the spooky Lalaloopsy episode “Knick Knack Knock Knock,” will premiere on Nick Jr.  Don’t miss the action as a mysterious Ghost Dog leads Bea into a spooky mansion, where she meets Scraps Stitched ‘n Sewn – who looks scary but is actually just shy.

10/13 — Lalaloopsy Marathon on Nick Jr., airing from 7-10pm. Tune to watch your favorite Lalaloopsy episodes back to back! (Now, I’d be getting popcorn for that!) 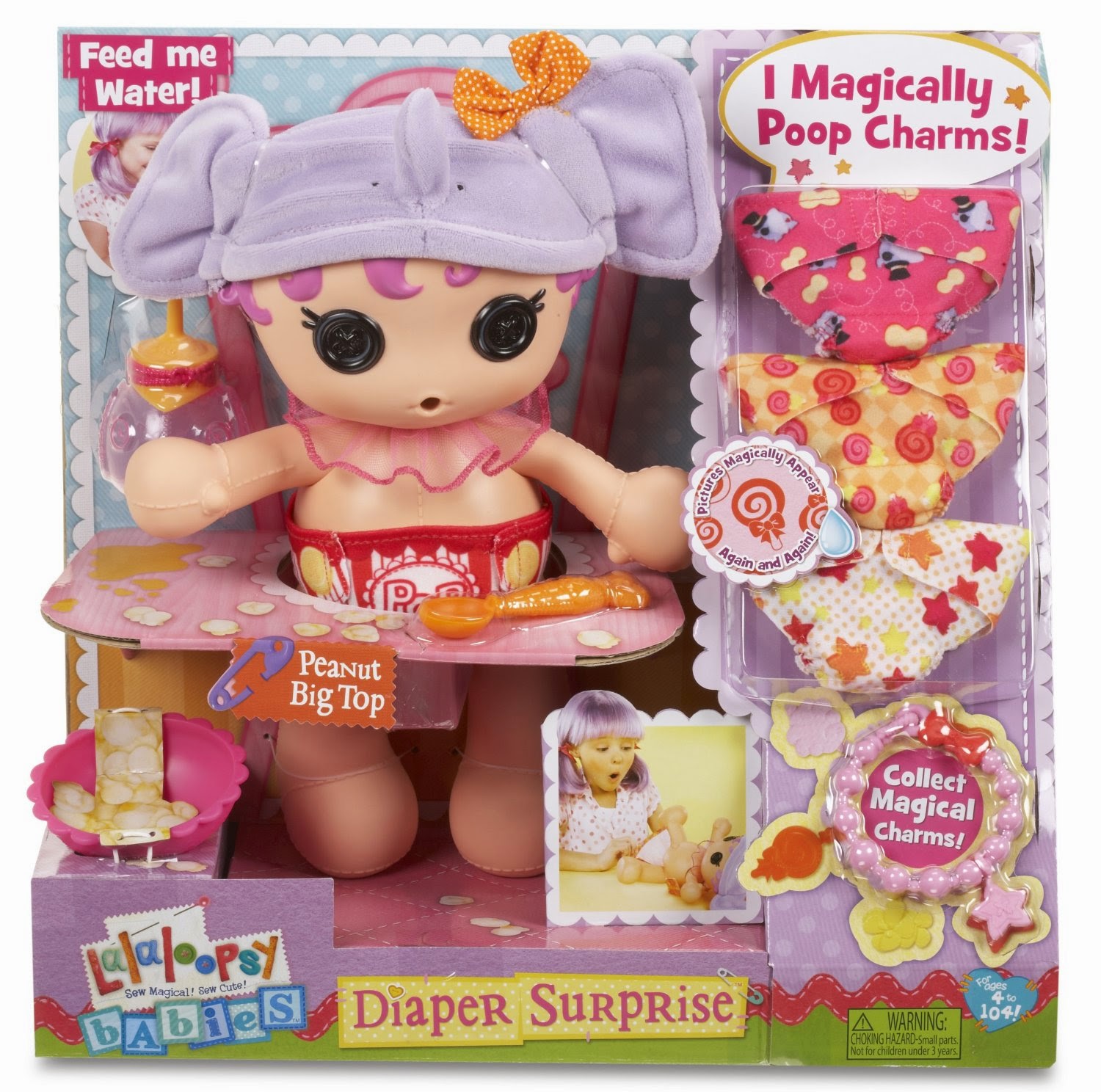 To help get the excitement of all that is to come in October for Lalaloopsy fans everywhere, the wonderful people from MGA Entertainment would like to give one of my amazing readers their own Lalaloopsy Diaper Surprise Doll!