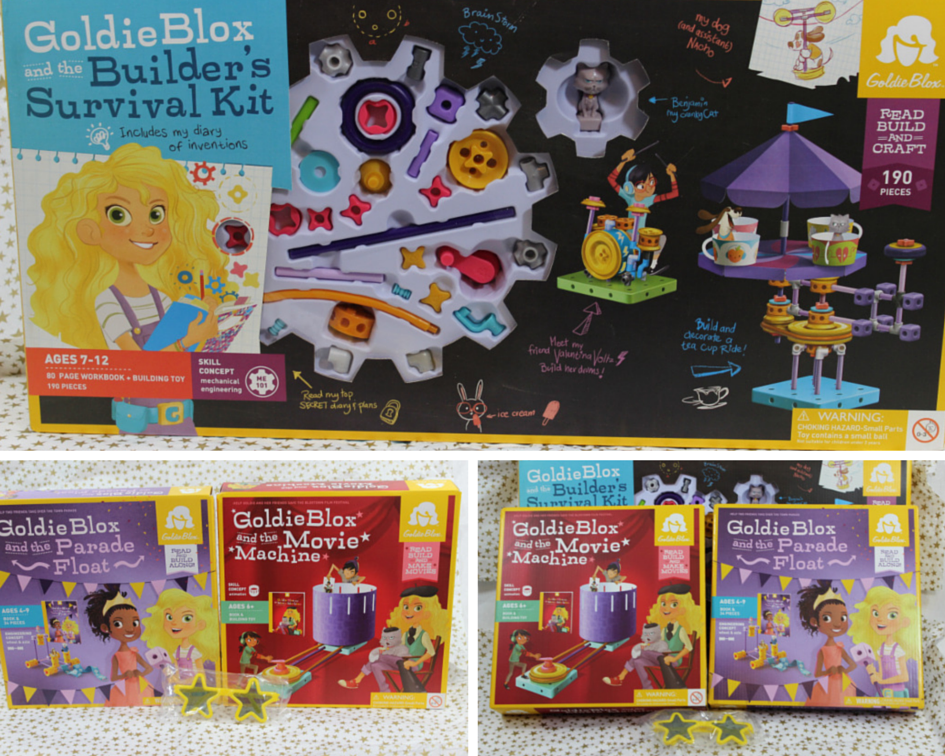 With the holiday season just around the corner, I like to find toys that are not only something my kids will play with and use, but also toys that are engaging and get their gears going, so to say. One thing that all of my kids enjoy doing is building with their different blocks, but when we go shopping for the different building sets, we find that there are more available for the boys than the girls, and most of the themes are gender based.

With Estrella, she is a young lady who enjoys creating, she also loves science and math, so finding toys that can incorporate those likes into a toy that she will play with and enjoy over and over again, is very ideal. Just like her younger brother, Estrella likes to build things, but more times than none, she ends up building whatever boy themed set her brother has, since that one seems to be more appealing to her. So when we were sent some building sets from GoldieBlox to review, both Estrella and I were excited to try them out and start building!

Goldie is a young girl, who is a girl inventor, and with the help of her friends, they come together to solve real problems, by creating and building some fun and simple machines! Each of these sets come with a book, and as you read the books, you can build along with character Goldie, her friends, and family. This not only gives girls a great guide to go with when building the suggested projects, but it also allows girls to explore and create other amazing items as well. As we started going through the sets we were sent, I noticed the excitement in Estrella, as she began tinkering and building before we even started to read the books. 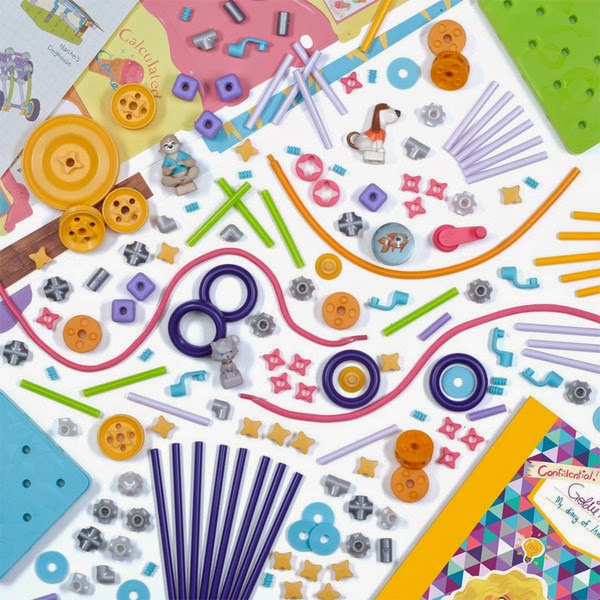 Of the three sets, Estrella found the GoldieBlox and the Builder’s Survival Kit to be a kit that had just about everything. She not only found quite a few parts that she began building with right away, but after looking through the book, she found the set to be a must have for any girl, according to her. I like that when she builds things, she is not just building another princess castle, but building things that are functional, that have gears that work together, using the many different pieces that this set has.

Also, like with the GoldieBlox and the Movie Machine, she can learn about the basics when it comes to movie making, and she can build a real, working zoetrope! As she makes her movies, she learns about illustration and animation. Another plus about the machine set is, unlike other sets we see in the girls isle, the story incorporates a boy character, making it so when Estrella builds, she can include her brother if she chooses, since it allows both boys and girls to take a part in the building and the creating.

Then with the GoldieBlox and the Parade Float, Estrella can follow Goldie and her friends as they build a float, together, after the results of a beauty pageant. Not only showing that winning is not everything, but that friendship is greater than any pageant. Like the other sets, there are many variations and options when it comes to the building, and with having several sets, with many pieces, Estrella has a box filled with parts, that we both agree is much better than any other collections she has! Making the products from GoldieBlox, a must have for any girl, to not only give them confidence and self awareness, but to also encourage them to explore, create and build! 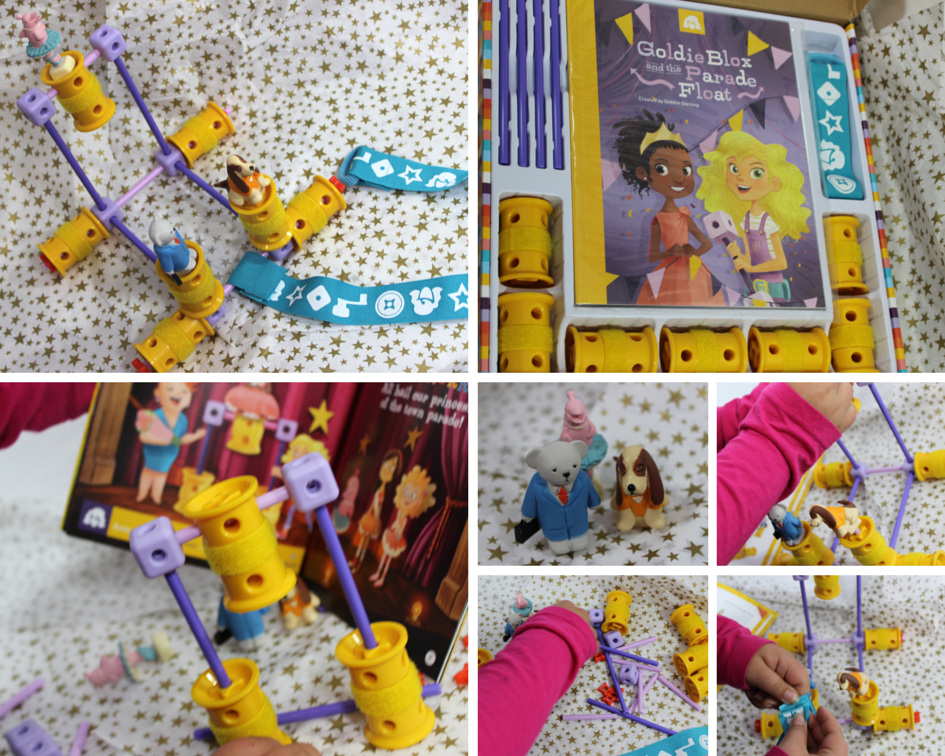 Well to help get the gears going in your house with your girls, the wonderful people from GoldieBlox would like to give one of my amazing readers their own GoldieBlox sets, which includes that must have builder’s survival kit!! 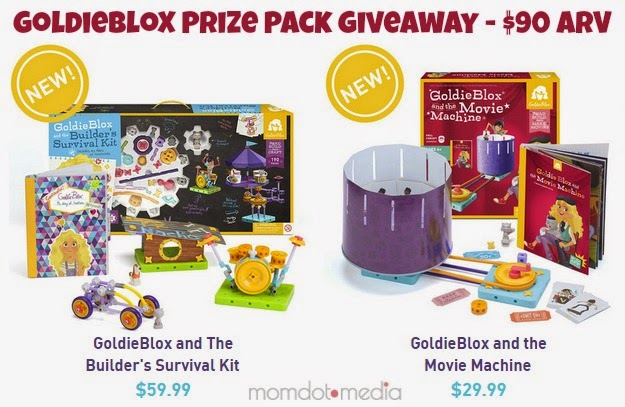 I was provided with products from GoldieBlox for this post. I was chosen to participate in this sponsored post through MomDot, all opinions are my own.