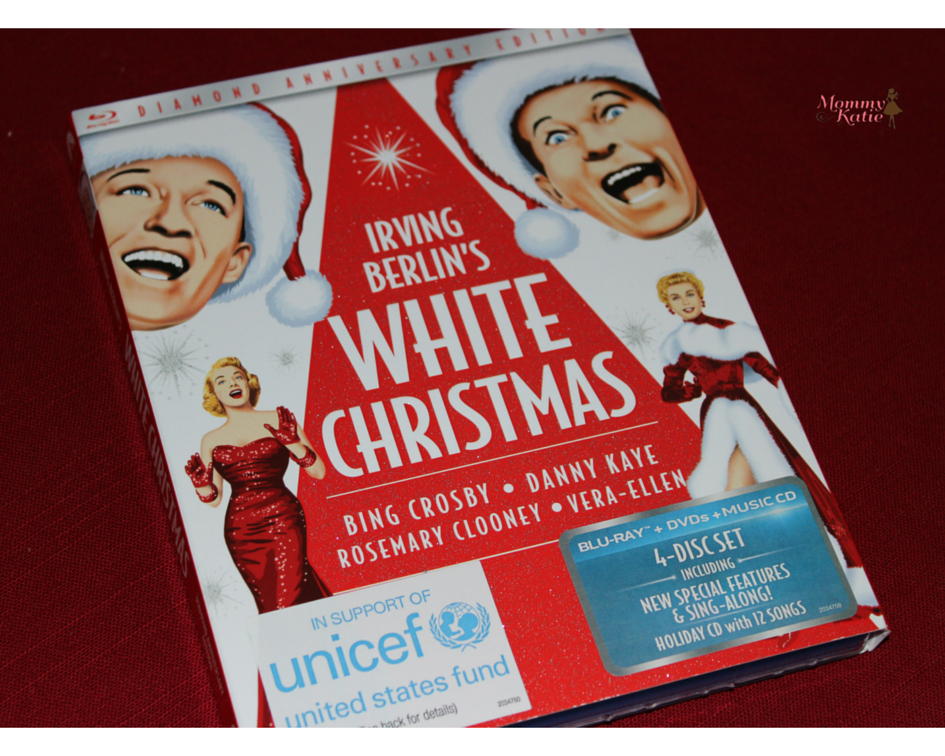 The holidays are a time where we spend time with family, catch up on time lost, and follow those traditions. In my family, one tradition we have kept over the years is watching those holiday movies. The ones that my parents shared with me, and ones that they remembered watching when they were young as well. So when we were sent the movie, White Christmas on Blu-Ray, I was not only excited to share it with my family, but also excited to add to my own collection of those traditional holiday movies that I will share with my own kids, as my parents did with me!

With the movie, White Christmas, we can not only share a tradition, but we can also support the 60th anniversaries of both White Christmas and Danny Kaye’s appointment as UNICEF’s first Goodwill Ambassador! Aside from the traditions being shared and the support of UNICEF and the anniversary of both, we can enjoy 4 disks filled with amazing content!

Collection features include the following:

o   With introduction by Michael Bublé

·        Danny Kaye: Joy to the World—Some people only know him as the silver screen’s ‘court jester,’ but Danny Kaye was a true humanitarian who helped children around the world as a UNICEF Goodwill Ambassador.  This moving tribute sheds light on the multi-talented actor, who won two honorary Academy Awards®, including the Jean Hersholt Humanitarian Award, and spread joy beyond the Hollywood spotlight.

·        Irving Berlin’s White Christmas—Many people don’t know all of the lyrics to the most popular Christmas song of all time or that Irving Berlin wrote it while sitting poolside at an Arizona Resort.  This fascinating feature sheds light on the genesis and enduring popularity of the best-selling single in American history.

·        Rosemary’s Old Kentucky Home—Take a tour of Rosemary Clooney’s home in Augusta, Kentucky, which has become a historical landmark.

·        White Christmas: A Look Back with Rosemary Clooney

Product received, thank you to Paramount Pictures and the PR for supplying me with a product for this review, all opinions are my own.