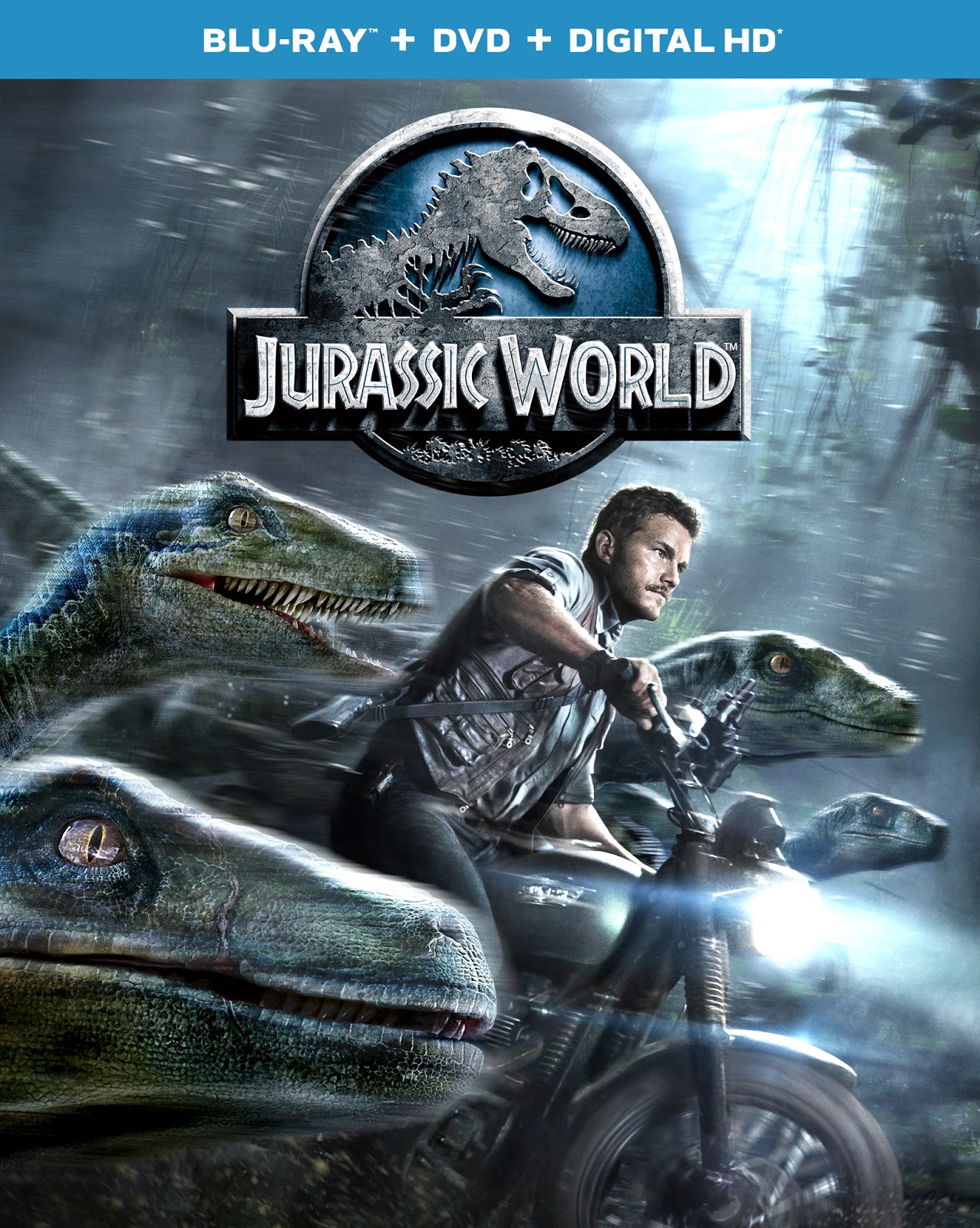 Like so many others out there, my family and I went and saw the movie Jurassic World in theaters! We went the opening weekend then again during another showing, and find that we can completely agree with the fact that Jurassic World is said to be the #1 movie of the year! So you can imagine the excitement in our home, when we heard that the box office hit movie that we had to see in theaters more than once will be arriving to Blu-Ray and DVD on October 20th! Oh and what makes things even more exciting than the Blu-ray release is the fact that on October 1st, we can watch Jurassic World when it arrives on Digital HD!!!

The movie Jurassic World is one that brings the fascination with dinosaurs back to the big screen and in a whole new movie! And when we bring home our copy on Blu-Ra we will not only get to watch it over and over again, but we will also get to check out the bonus features.

BONUS FEATURES EXCLUSIVE TO BLU-RAYTM: WELCOME TO JURASSIC WORLD:
An in-depth take on the creation, look and feel of Jurassic World.  Director Colin Trevorrow and Steven Spielberg discuss how the idea of the film came together and how the casting was decided with actors’ commentary on their roles and filming locations.
JURASSIC WORLD: ALL-ACCESS PASS:  Chris Pratt and Director Colin Trevorrow discuss key moments in the film, supported by behind-the-scenes footage and VFX breakdowns. INNOVATION CENTER TOUR WITH CHRIS PRATT:  Chris Pratt gives a tour of the Innovation Center, a museum/exhibit, built just for the movie.
JURASSIC’S CLOSEST SHAVES: Clips from all films in the franchise showing “near death” or extremely scary encounters with dinosaurs.
BLU-RAYTM AND DVD BONUS FEATURES DELETED SCENES DINOSAURS ROAM ONCE AGAIN:  Behind the scenes look at the making of Jurassic World’s visual effects, how the dinosaurs came to life, and actors filmed scenes.
CHRIS & COLIN TAKE ON THE WORLD:   Chris Pratt and Colin Trevorrow (Director) interview each other and discuss Jurassic World as well as the other Jurassic Park movies.

So be sure to mark your calendars so you too can watch Jurassic World from home when you purchase the Digital HD on October 1st, then bring home your copy on Blu-Ray on October 20th!

This post is sponsored by Universal Home Entertainment along with the PR as part of the Team Jurassic campaign.