When we think of Breast Cancer, many think of awareness and raising money to help fund the research, but with so many others the words are more than that. They are life changing, they are words that no person, man or woman, wants to hear their doctor say, and with those 2 words, life as many once knew it can change in an instant. In my family, the words Breast Cancer are ones that still cause a lot of pain and heartache, because with those words, with that diagnosis, we lost my mother in law.

A few years have passed since she left us, but in the years prior to her leaving us, the words breast cancer were words that many in our family tried to look past, and were words that many had a hard time wrapping their heads around. See my mother in law was a woman who touched the lives of so many. She and my father in law had 3 kids of their own, then adopted my husband, 3 of his younger biological siblings, along with 2 other boys who were brothers. Bringing their family of 5 to a family of 11, and opening their hearts to not only the kids they adopted and made their own, but to so many others they fostered and helped over the years. So when the words, “Breast Cancer” were said, many who saw my mother in law as a mighty super woman with powers to heal and touch the lives of so many, found themselves at a loss for words, and having to really grasp the situation.

We found that when it comes to breast cancer, there is a lot to take in. The person who is affected not only finds that they will have to undergo treatments and really have to fight to continue, but they also find that they need support when it comes to emotions and finding that inner strength they need so they can continue the fight. And with October being Breast Cancer Awareness month, I find that I not only support calls to action and fundraisers, but I also like to share those along with the information to help others when it comes to breast cancer.

See breast cancer does not pick and choose, in fact it can affect anyone, women and men, and when it comes to the age, well that is also something that is not a given either. Shortly after my mother in law had lost her battle, my sister who was in her early 20’s found mini tumors in her breasts that were immediately removed. Leaving myself and my family more aware of the facts and realities when it comes to breast cancer, like that 1 in 8 women in the US will get breast cancer at some point in their lives. And we also became very aware that when it comes to Breast Cancer, getting those yearly screenings and performing regular self exams are key, because early detection can make a difference. 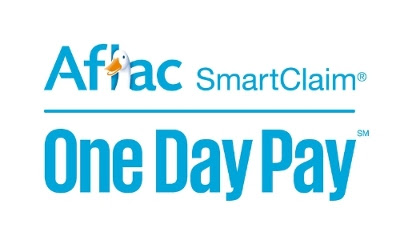 And along with the information we received and learned with our own family being touched, we also found that having cancer policies like Aflac’s Cancer Policy, can help to take financial issues off of the table when it comes to all that patients along with their families have to deal with. The fact is, when it comes to the costs of out of pocket fees that employer-sponsored health insurance does not cover, the average out of pocket costs is $6,553. So knowing that October is Breast Cancer Awareness Month, and that we also have Fall Open Enrollment, I find that these can help to remind us when we go to select various policies. And when we choose Aflac Cancer Insurance, we can get Aflac’s cash benefits which are there to help policyholders pay the out-of-pocket costs associated with costly cancer treatments. Also, these expenses can range from childcare, transportation, groceries and more, making the focus put on the road to recovery and not on how things will get paid. Making Aflac Cancer Insurance something that everyone should consider during this Fall’s Open Enrollment.

I was selected for this opportunity as a member of Clever Girls and the content and opinions expressed here are all my own.