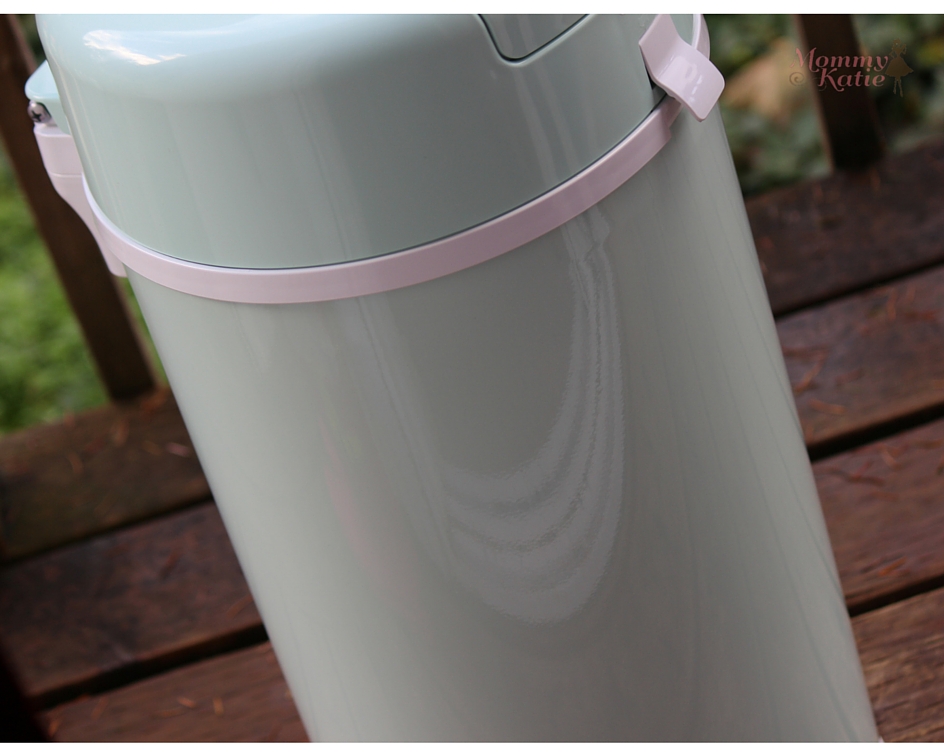 When it comes to having a baby in the home, you find that the dirty diapers are inevitable, and like most parents when it comes to the diaper changes, we tend to want to toss the dirty diapers in the diaper pail to take out at a later time. The thing is, when it comes to putting dirty diapers in a diaper pail, both cloth diapers and disposable ones, they can end up leaving the room the pail is in smelling like a dirty diaper. This smell can then linger throughout the home, reminding guests that there is a baby in the home when they come to visit. So as a parent, I was very pleased to be introduced to the Bubula Steel Diaper Pail when I was sent one for review. 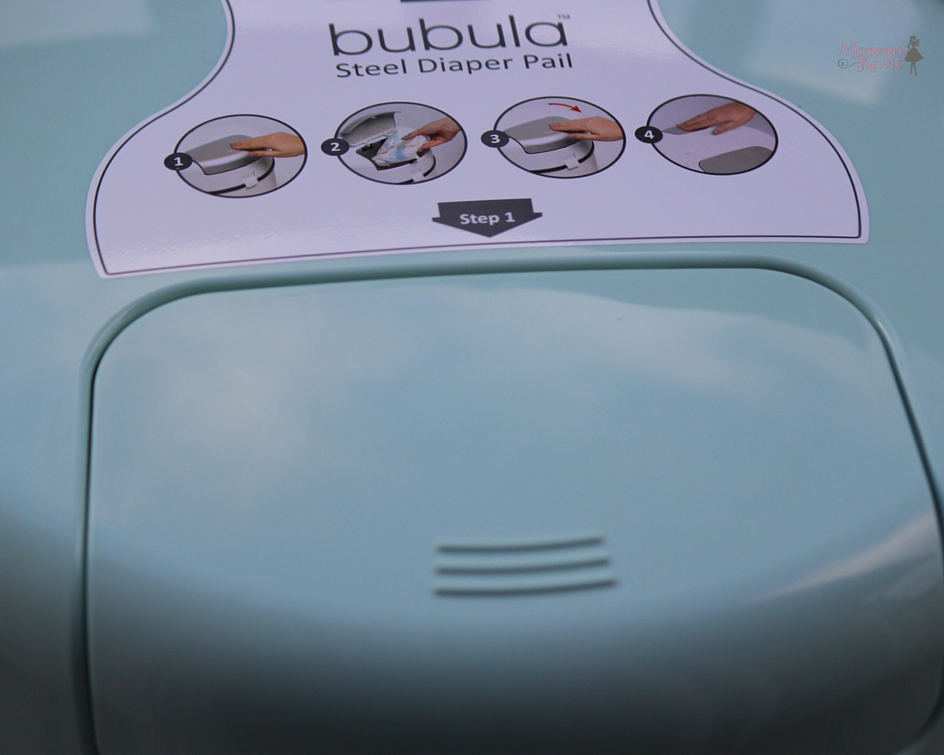 I first came across this amazing diaper pail at this years ABC Kids Expo, and after talking to the people at the booth and learning more about this pail and how it stands out from others I have tried, I was very excited to try it in my home. I can really appreciate that I can use both wet bags for those cloth diapers or kitchen plastic bags for disposable diapers in this pail. I also like that when it comes to smells, once the diapers are in the pail, you do not have any lingering odors after to remind you of that diaper. 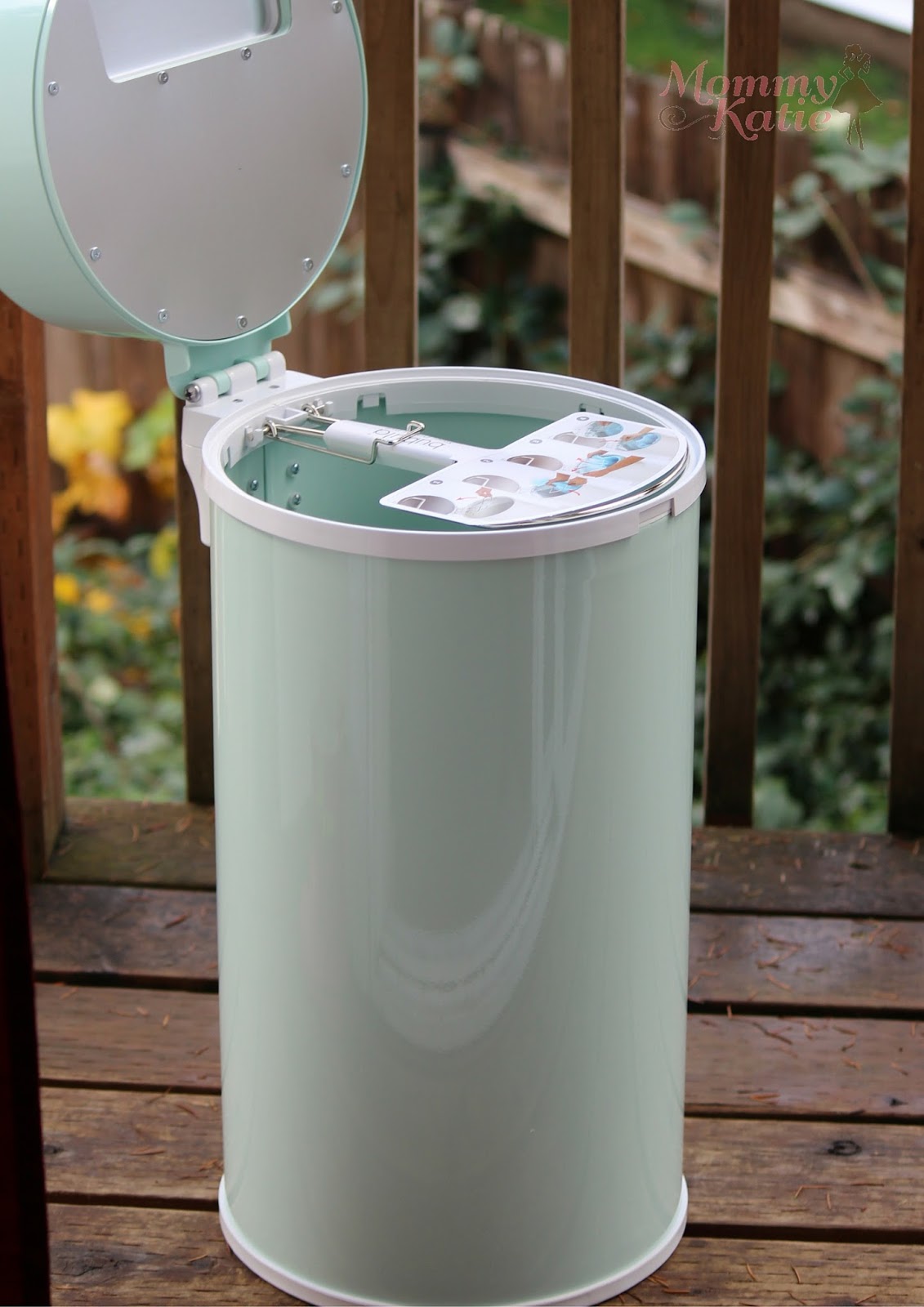 One of the biggest reasons you have the no odor issue is because unlike most diaper pails you might find on the market, this one is made of steel and not plastic. So it does not hold on to those bacteria and odors that plastic containers can do, and with the airtight features, odors are locked in. Another plus is the really simple ease of use. I mean, to dispose of a diaper, you just press the top to open the diaper slot, place the diaper in it, put the top back down, then press the inner door so the diaper gets dropped in the bag. Locking the diapers in the airtight pail until you are ready to take them out to wash or dispose of them, and also locking odors in with the diapers that are in the bag!

Other features that I can appreciate is that it is taller than most diaper pails, so I do not have to bend a whole lot to put a dirty diaper in it. If it gets bumped or knocked over, I like that the lid is locked tight, so there are no diapers spilled out on the floor. When it comes to style, I like that it is very sleek and that there are several colors to choose from so you can find the right one for your nursery or changing area. Then when it comes to the money saving factors, well I can use my own wet bags when using cloth diapers, or regular kitchen trash bags when using disposable diapers. Making the Bubula Steel Diaper Pail a great item to have in any home when you have little ones in diapers and also a great gift to give to the new parents on your holiday shopping lists this year!

Product received, thank you to Bubula as well as the PR for supplying me with a product for this review, all opinions are my own.